This is the second that I have, after setup it refuses to enable the remote control (say's that has no internet connection), and fails to upgrade firmware. This one is firmware 1.5.3.

My first one works fine, has remote control enabled, it's firmware is 1.5.2. The issue is only not upgrading the firmware, also fails.

Tried to remove then add again, tried to factory reset, but did not resolve the issues, so I please ask for help here.

Can you see the remote control option in the device settings page? Is there any error message when you tried to enable it? Please show us a picture of it.

Meanwhile, what is the light status of this HS200? Can you control it locally via the kasa app?

What is the mac address of the switch and what is the hardware version?

Yes, I can control it locally.

About the remote control, yes it shows in settings page. Below is the first kind of error when try to enable it: 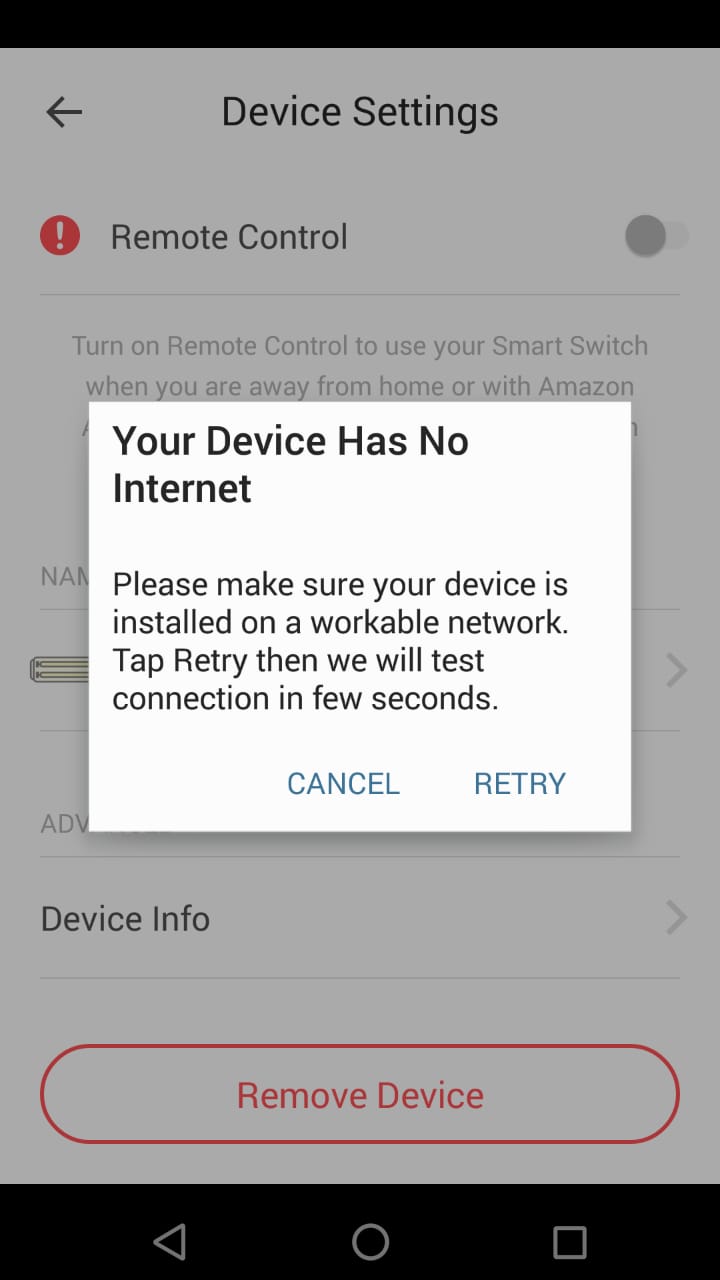 About 3-4 times repeating to enable it, then it disables completely: 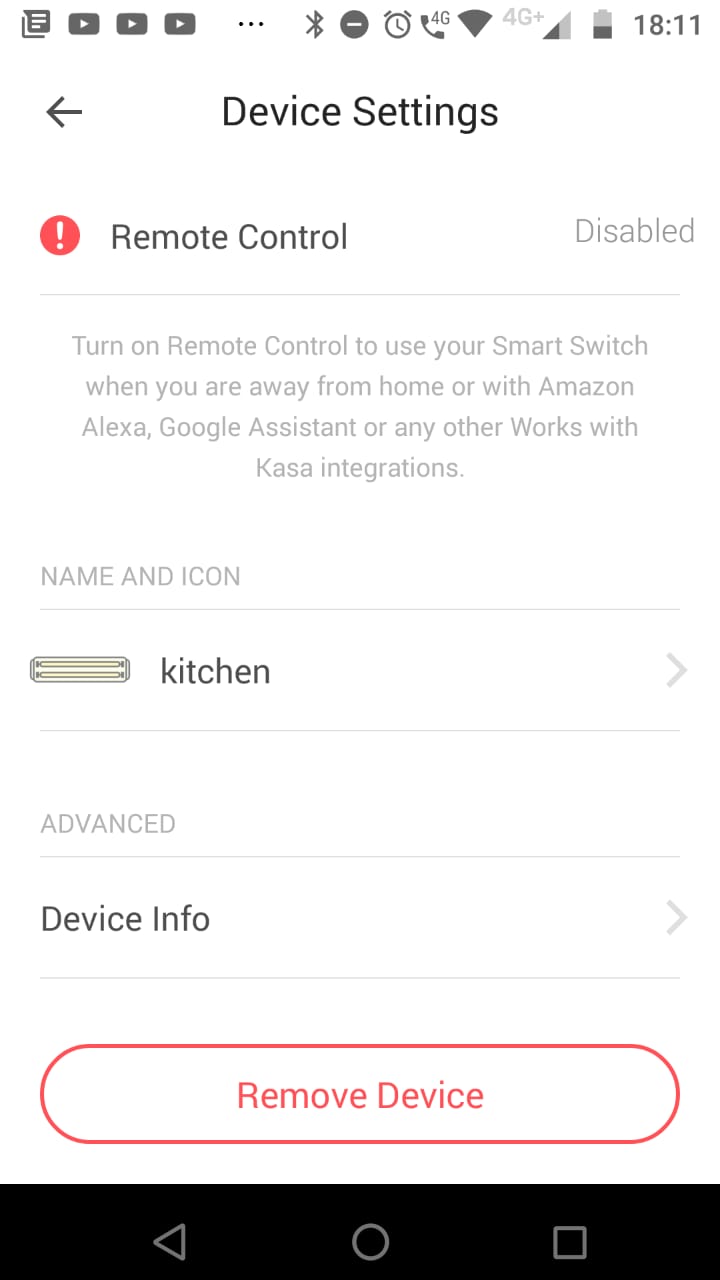 Please confirm that the 2 HS200 connect to the same network.

And our engineer will email you later, if you are willing to do further analysis/troubleshooting, please check your inbox.

Yes, both are in the same network

You are welcome; please a while then.

You have a good day.

What was the fix?

Changing the DNS was the first fix suggested, but did not work. I tried by myself using a vpn, then both things worked [firmware upgrade and remote control].

I do not use vpn regularly, by the time I Iet it active for some days then I turned off, remote control kept running ok, I think by the different DNS I was used to, but about two-three weeks or a month ago the remote control stopped again, so amazon alexa could no longer control it, nor control with the app when I'm remote [locally it works fine].

Didn't have the time to go after a fix, maybe now with you bringing it up this issues could be resolved.

What's the model number, hardware version, and firmware version of your device?

Do you have the remote control toggle in the APP? What's the error message when you try to enable it?

Please turn off the firewall on the router, change DNS to 8.8.8.8/8.8.4.4, restart the router, then try to turn on the remote control again.

If it still not working, please tell us the MAC address on the label and APP, and also the serial number on the label.

Have a good day.