My new MR600 doesn't connect to my ISP, Three UK, on 4G+. My phone and tablet both connect to Three UK on 4G+ using carrier aggregation of bands 1 + 3. The MR600 only connects at 4G on either band 1 or band 3, but never both. Signal is good and there's only one base station of note.

This MR600 works correctly with the ISP EE, using bands 3 + 7 for 4G+ connection. But since it is advertised in the UK as being a "4G+ router", it needs to work with all major networks.

Please would TP Link provide an updated ISP file or firmware that fixes this? Else I will need to return the device. Since Three UK only used B3 and B20 before 2017 and only introduced carrier aggregation in 2019, I'm hoping that TPLink's ISP config file is just outdated.

Thanks in advance for your help!

Great to know that you figured it out by strengthening the 4G signal with an external antenna.

Compared to the firmware upgrade, it is more related to the hardware limitation.

While we will forward it to our product engineer and they will evaluae the feasibility considering the large amount of Three sim card users.

You can keep an eye on official website for more updates.

@Kevin_Z, OP here. Thanks for the delayed response. TP-Link's engineer is being vague. How can something be "more" hardware than firmware? Please confirm.

Also confused by your original reply. Do you expect Three UK to change their infrastructure, based on a single misprogrammed modem? The vast majority of their customers with 4G+ devices are happy.

When will TP-Link be updating its UK website and Amazon page to reflect that this item does not work as advertised for Three UK customers? The MR600 is promoted in the UK as a "4G+ router" without exceptions. Other 4G+ modems sold in the UK support CA1+3, such as the Huawei B715s, as well as all 4G+ mobile phones.

@pMR600 the sad reality is that tech in LTE modems is inferior to phones, despite mains power and external antennae.

In my example, the base station is 250m away and I achieve "100%" with high SNR. Yet I'm still leaning at mad angles in the loft with the MR600, if I want to achieve the same speed as our Samsungs manage in the cellar.

If it worked, 4G+ would help boost this medium signal strength.

I am also confused, the router supports band 1 and 3 separately.. And can bond 3+7 so whats so different to bond 1+3

Also details in the admin showing what band your connecting to would be great too..

MR600 uses Qualcomm X12 LTE Modem.  Same is being used in iphones 7. I think is more of firmware issue, which is not optimized.

Hi all, not sure what the issue is my MR600 does support three 4G+ in the UK.

Three masts in my area use bands 3 and 20 - see screen shot below.

With the MR200 I was using a MikroTik mANT m50 omni antenna, without an antenna I was getting about 25mbs down and 15 up.

With the mANT mounted in the loft on 2x 1m MikroTik SMA tails I now get 50 down and 30 up.

I spoke to three mobile tech services today, they said the masts in my area all have 4G+ capability, but my masts are only rated as good, not excellent.

He estimated that I was probably on the upper end of maximum for my area, and moving to 4G+ may not make much of a difference other than quality due to the penetration of the 800mhz band.

I have noticed on the ookla traces the lines are much flatter and stable compared to the swingin up and down I had before.

They also complete the test much faster than before, so although the speed has not moved the quality seems much better and the ping has droped from 55 to around 30. 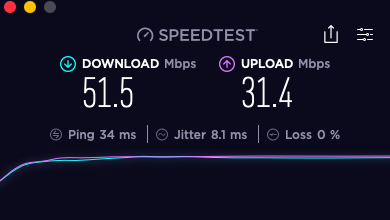 Interesting that you get 3 + 20.. Most of us are on 1+3 I guess your lucky haha.. I might have to call three and ask about different bands..