i have one question, what are the differences between TL-SG105E v4 and TL-SG105E v5

thanks for your time

What about the power? The v4 is listed as using a 9 volt power supply and the v5 comes with a 5 volt power supply. Because of the difference in power are you sure "they are almost the same"? I also noticed that the firmware is specific to the version which makes me think there must be more differences under the hood. Otherwise if it was identical hardware, and say it could handle being run on a power source ranging from 5v to 9v, why wouldn't the newer firmware for the v5 version released in 2019 also be available to the v4 version (which hasn't had a firmware update since 2018).

I ask this because I ordered one a few days ago it was advertised as the Easy Smart Switch version (so I assumed I would get the v5 version) however I received the v4 version. Before I ship this back and ask for an exchange I would genuinely like to know the changes to the hardware? Like what was the rational behind creating the v5 if the v4 was good, and were there issues with v4 that led to the power supply changes made to the v5? Are there other new features like the LED on/off feature that may be supported on the v5 but not v4? Is tp-link still going to keep the v4 switches up to date? or are all update and maintenance efforts only going into the v5 switches?

Hi, do you return the switch? 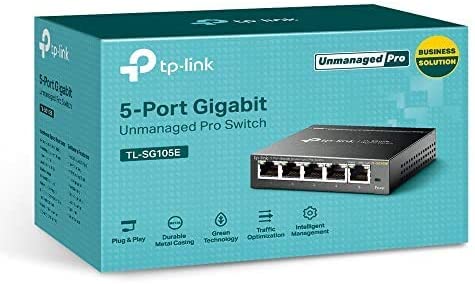 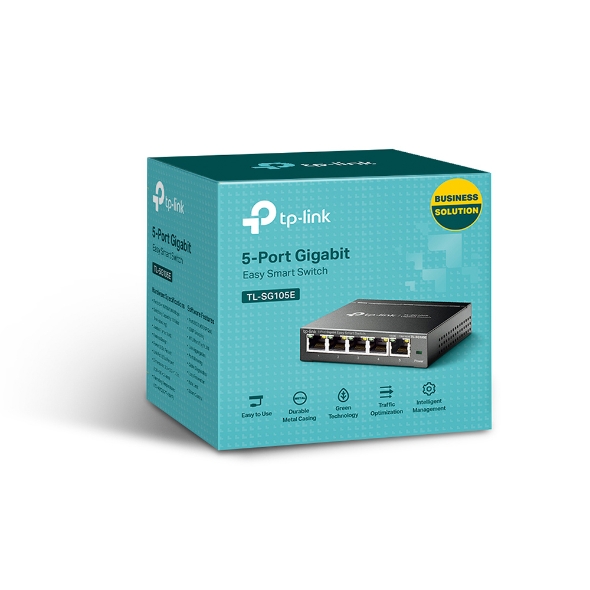 @ganasta I just has "issues" with a TL-SG108E v4 - called "unmanaged pro switch" but it is not - it has an IP that was the same as my router and caused all sorts of pain!

i just jumped on it and changed it's IP - not what i called "unmanaged"! esp as you can port mirror, work with Vlans and enable loppback protection etc!

I had a similar problem. My internet service provides a public ip address via dhcp on ethernet.

I have two TL-SG105E. I created an untagged port in eg vlan 2 (and set pvid 2), then an uplink between the two switches and another untagged vlan 2 (pvid 2 as well) for the host that is acting as a firewall. It all worked ok. My firewall made the dhcp request and got the public IP address, etc. All sweet.

But then randomly a couple of hours later, my internet dropped out. I stopped and started the interface on the firewall, and it came back up. But then it kept dropping out every hour at about the same time. Quite by chance I noticed the that either of the switches were occasionally requesting DHCP and getting my public IP address. IE they were making the DHCP request seemingly on all vlan's.

I ended up hard coding the IP settings in the switches into a subnet represented on the management vlan. I'd rather set it up to use DHCP because of 'reasons'. There doesn't seem to be a way to tell the switch to use a specific vlan for management. This is "not ideal". Anyone know if we can log a bugfix for it?