How to secure a wired connection between two LAN nodes?

I am a noob on the topic, but I am trying to learn as much as possible.

I am setting up a LAN in my new home, which consists of an apartment on the first floor and two garages, and a storage room in the basement.

This is a diagram of the current situation and the HW I own. 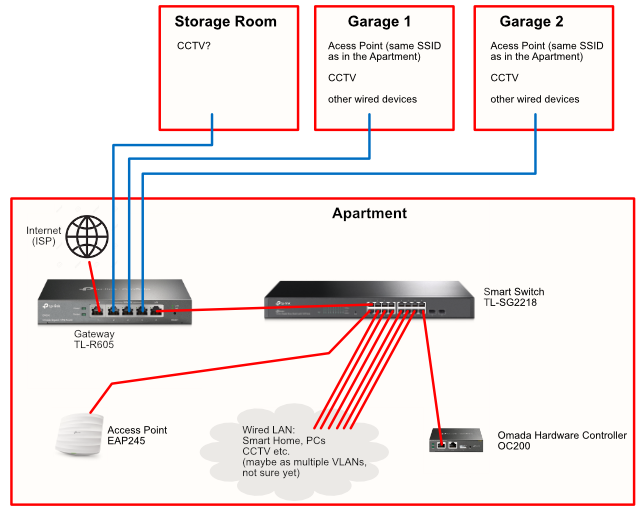 I have 3 separate Ethernet cables that connect the garages and the storage in the basement to the apartment (marked in blue in the diagram). I yet have to install any network device in the basement.

Now, my concern is, since those 3 cables are physically routed through some publicly accessible areas of the building, they are, in theory, susceptible to tampering, allowing an attacker to access my private network.

What would be the best approach to secure them? A site-to-site VPN? Can that be achieved over such a network topology? I don't need a detailed tutorial, just some general suggestions that I can then research further.
Thank you very much!