Earlier today, I created a separate Wi-Fi network for my 5Ghz Wi-Fi devices on the OMADA Oc200 controller. I also created a new voucher portal in authentication page of the controller. Unfortunately, my ER605 gigabit router was stuck in configuring status, and eventually, it was disconnected. The OMADA Oc200 cloud also went offline. I restarted everything including my Omada OC200 controller but I had no luck. After I deleted the 5Ghz and the portal, my ER605 has been re-adopted and everything went back to normal.

I need a separate 5Ghz network rather than integrating it on a single SSID. Are there any issues with ER605 recently? I had no issues when I enable both 2.4Ghz and 5Ghz under the same SSID.

Has anyone else experienced the same?

The problem is not 5GHz but the portal, I mentioned this a while ago in another post to @Fae  but I do not think it has been reported further.

it is enough to go into the portal and press apply then router start to configuring and WAN go down with the rest of the network.

you just have to wait and the router will come online again after 5-10 minutes.This apply to ER605 and ER7206..

Yes, you were right. I recreated the problem last night and it has no issues creating a new SSID. The issue starts when you attach a portal to the SSID. The ER605 was stuck in configuring status and eventually, it disconnected and the cloud access went offline. I have to access the controller through the local IP. I restarted everything but it did not work so I deleted the portal and the ER605 was re-adopted back to the controller. Upon chatting with tech support, they provided me a beta firmware for ER605 and that fixed my problem. It initially failed after I attached a portal but after restarting the controller and the router, everything worked again. 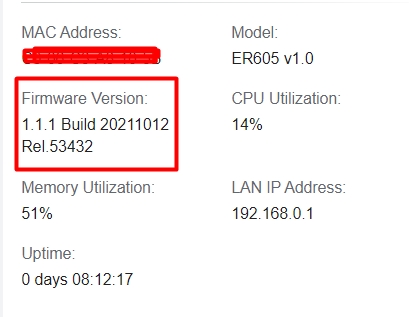 Related Articles
ER605 suddenly disconnect from omada controller but still working
950 0
How do I replace my faulty ER606 Router with my new ER605 in my existing OC200 control network
79 0
VPN Client configuration for ER605 (though OMADA controller)
131 0
Issues about obtaining new network IP changes from hardware controller
247 0
Trying to adopt omada router and AP from controller I am trying to host from and fails to adopt
191 0
Clients are only connecting to 802.11.a and 802.11g with Omada OC200 Hardware Controller
715 0
Report Inappropriate Content
Transfer Module
New message