I just subscribed to the forum hoping that there will be some TPLink engineer here or users experienced in the expected behavior for CPE devices.

I am in a cabin complex where we are currently using a CPE210 to distribute internet wirelessly between the devices of the people who live in each cabin.

This is a brand new device put into operation on Thursday of last week. Before that we had a CPE WA5210G that had been in operation for several years and since we found some strange behavior, we changed it to the CPE210. But also on this device I am seeing unexpected behavior from a routing point of view. I don't know if this is a "feature" of TPLink or something that can be changed. That is why I would like to discuss this with you.

I am doing the test from my cabin, from where we have this topology:

The router in my cabin is a TP-Link TL-WDR3600 with OpenWRT.

To do the tests I am using mtr from my notebook with Debian GNU/Linux. In the mtr tests it is throwing a rather peculiar result that I think is due to something in the CPE210 (as I mentioned before, it also happened with the previous CPE WA5210G): 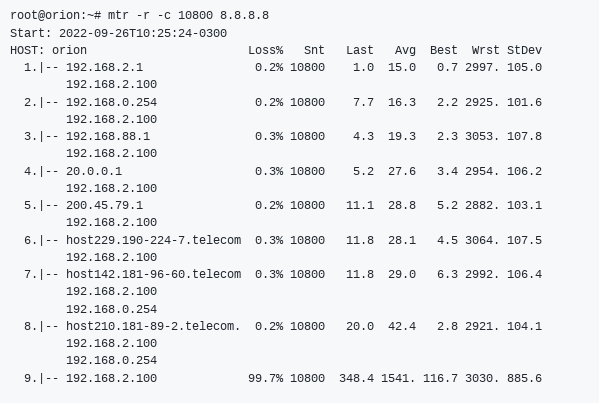 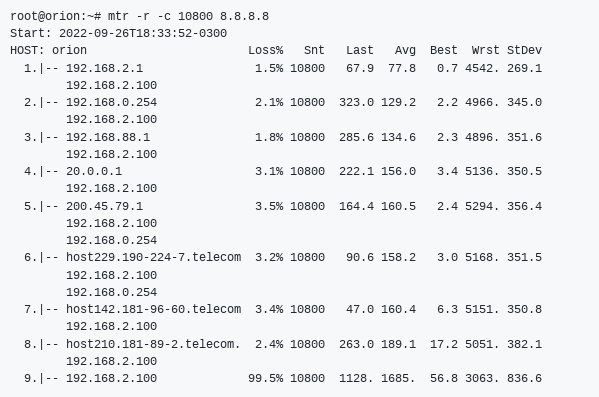 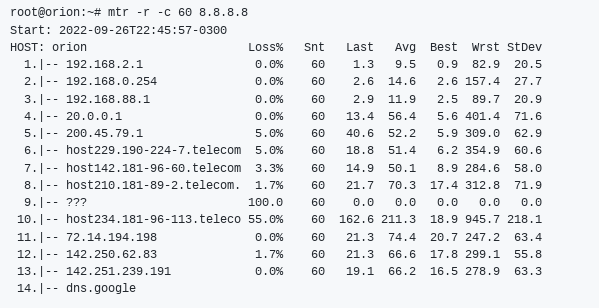 Here we have another test. Under normal conditions it should look like this:

The packages suggest that the misbehaving router is responding as if it is the destination.

As you can see in the screenshots, it doesn't always happen but in some cases after several minutes of running mtr.

I would appreciate any feedback to help resolve this behavior.

I've been using CPE for years but I did not notice this thing. I'm using windows pc, and all I check is if the CPE has Internet. I never used tracert command to check the packets.

What is the working mode of your CPE210? Is there any Internet access issue?

I think you should use the working mode Client Mode, that means this CPE210 will only work on layer 2, and it's IP will not join the network, but only be used to managed this CPE.