It is time you TP-Link fix the bugs

Do you want to sell your stuff in the EU?    -   Wake up and start fixing your firmware.

The extender is somehow "nuking" the router. The connected frequency (2.4G / 5G) becomes useless after two weeks and requires router to be restarted. No, this is not "brand xyz issue, they need to fix it". I have tried 3 routers, bougth a brand new 1 Ghz dual core 128 MB ram router. It is more than enough in performance, yet your sweet little extender is able to make it choke and 5G wifi stops working.

I can help with debugging or whatver, just please start fixing your bugs. I do not care about your "tested in our lab environment - it is working" excuse, do you even use your orwn products at your own home?    We consumers do not have your "fancy little lab environment" in our houses, so the real world use is different from what you guys are "testing".

If you do not care, at least make it open source so good people at OpenWRT or tomato forks can make use of it.

Adding one other bug. Repeater does not use its own MAC adress for 5GHz connection, but clones the first connected device.

I reboot the router and plug in the extender, at first, it lists up with correct IP in attached devices (.100), but after the first device connects to the repeater, it "clones" its IP and MAC adress in the list of connected devices.

List of devices in access control to view them all. DC:1B is the first connected device to the extender, router DHCP assigns it a correct IP, but repeater clones its IP adress regardless defining it to use .101 in DHCP reservation. 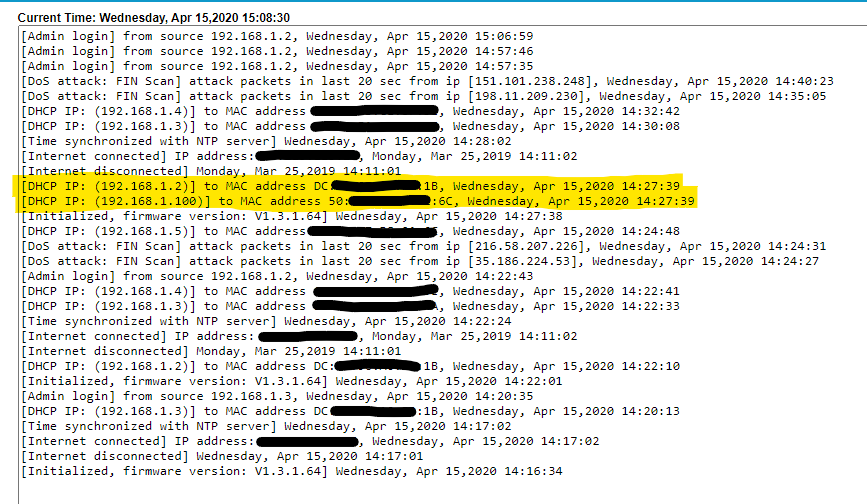 Down the line, this causes two devices on the DHCP Server with shared IP and different MAC-s. This is not how it is supposed to be I hope?

Every DHCP lease renewal starts to call multiple times on DHCP for IP adress, and causing it to choke after a week or two. Please attend to this issue.

@TheHaso please add Sleeping mode in my router firewall (wr845n) un version. In tenda router it is available. It is important for save our family from wifi rendition at night.

RE450 V3 has released some new firmware since thread was created. If your device also has similar issue, make sure your RE is on the latest firmware:
https://www.tp-link.com/support/download/re450/