This thread has been locked for further replies. You can start a new thread to share your ideas or ask questions.
Archer C50 access control not working
Posts: 3
Helpful: 2
Solutions: 0
Stories: 0
Registered: 2020-10-02

I have just set up a series of access control rules to control my children's internet access.

So I have set up all the hosts by mac address.

I have not set any targets as I would like a blanket access ban during specified times.

I have set up 2 different schedules.

So far, so good. But having put together the rules for the various devices, nothing happens. The children continue to have 24 hour access on all the devices. 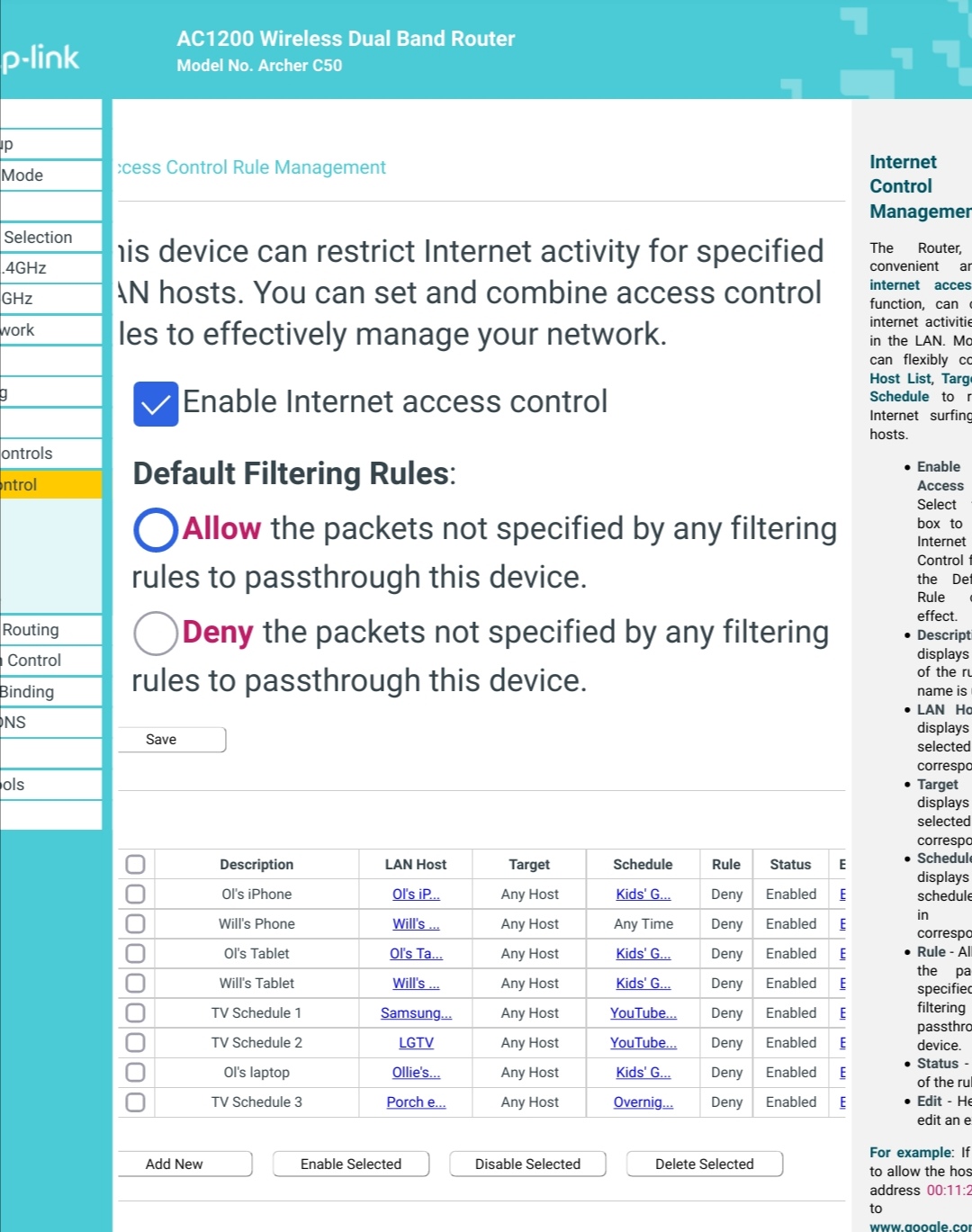 Part of the problem is the inexplicable allow /deny settings which are very confusing. I have tried these in various combinations, just to check but, as I understand it, it should be set to "allow" (packets not specified) on the main page but "deny" in the individual rules. (If I set the main page to "deny" it blocks every device.)

The individual rule menu is similar to the old router with the addition of "direction in/out" which is NOT HELPFUL! And no explanation given for any of it. 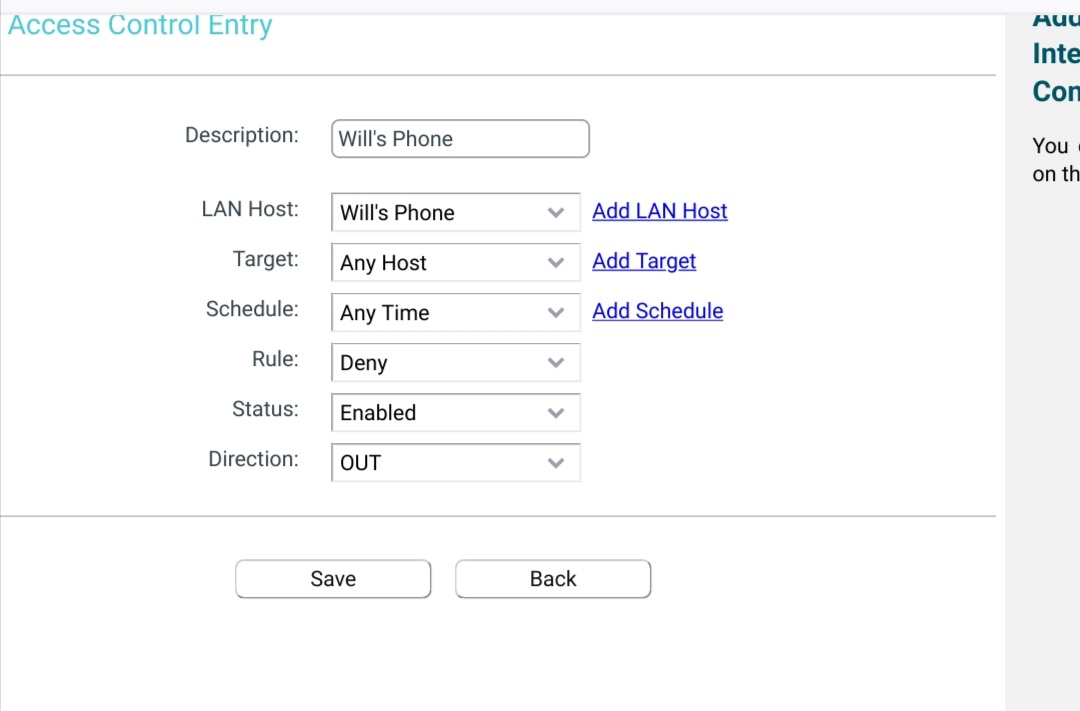 It says "any host" where it should say "any target", which makes me think that the latest update was a rush job and nobody checked it!

(Of course part of the problem is the terrible Chinese English - the company refuse to invest in professional translation services and the result is that their instructions are written in semi-incomprehensible gibberish. If they had clear instructions, they could cut their support staff by half!)

Now either I'm missing something or this is a bug with this router. I see that there is a Hardware v6 - does that mean I've been sent an old model? It's brand new. Either way I would appreciate it if someone could help me (not with links to instruction manuals please - I have read those.)