I bought last week a USB3 wireless adapter (Archer T9UH EU v2) and since then I'm having issues with the slow speeds.

I'm using the device with a desktop PC - i5 quad core, 15Gb Ram, SSD drive, Windows 10 Pro with all the updates applied.

My router is a ASUS RT AC-66u with the latest Merlin firmware.

The problem I'm facing are verry slow speeds an average of 160Mbps with the router in the same room at 3m away from the wifi adapter.

On the first time use windows detected the adapter and installed the latest driver. Seeing the slow speeds I downloaded the one from the tp-link site but after installing it I get error 10 in device manager. Same happens with older drivers. The only workarround was to restore windows to an erlier state.

After a few more tests, using USB Device Tree Viewer I noticed that the device is seen as a USB 2 device despite the USB ports are USB3.

I've tested the issue on another device and had same results. Device operating at USB2 speeds and the connection speed is very low.

I know that the device speeds will not be the ones advertised but I've expected at least half considering that my connection is 1Gbps and using my note 9 from the same location as the adapter I get 400-500 Mbps on average. My wired connection speed is at 800-900 Mbps.

My USB3 ports work ok. I have tested them with other USB3 devices includeing an old non AC Tenda wireless adapter.

I would like to know if there is anything else I could try before I send it back. 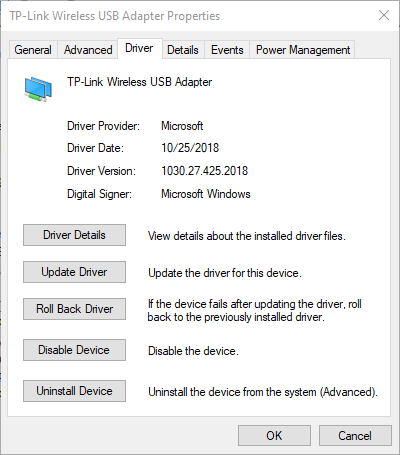 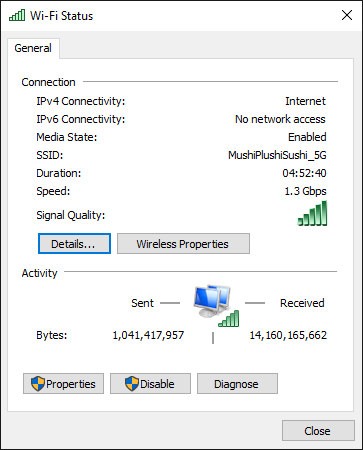 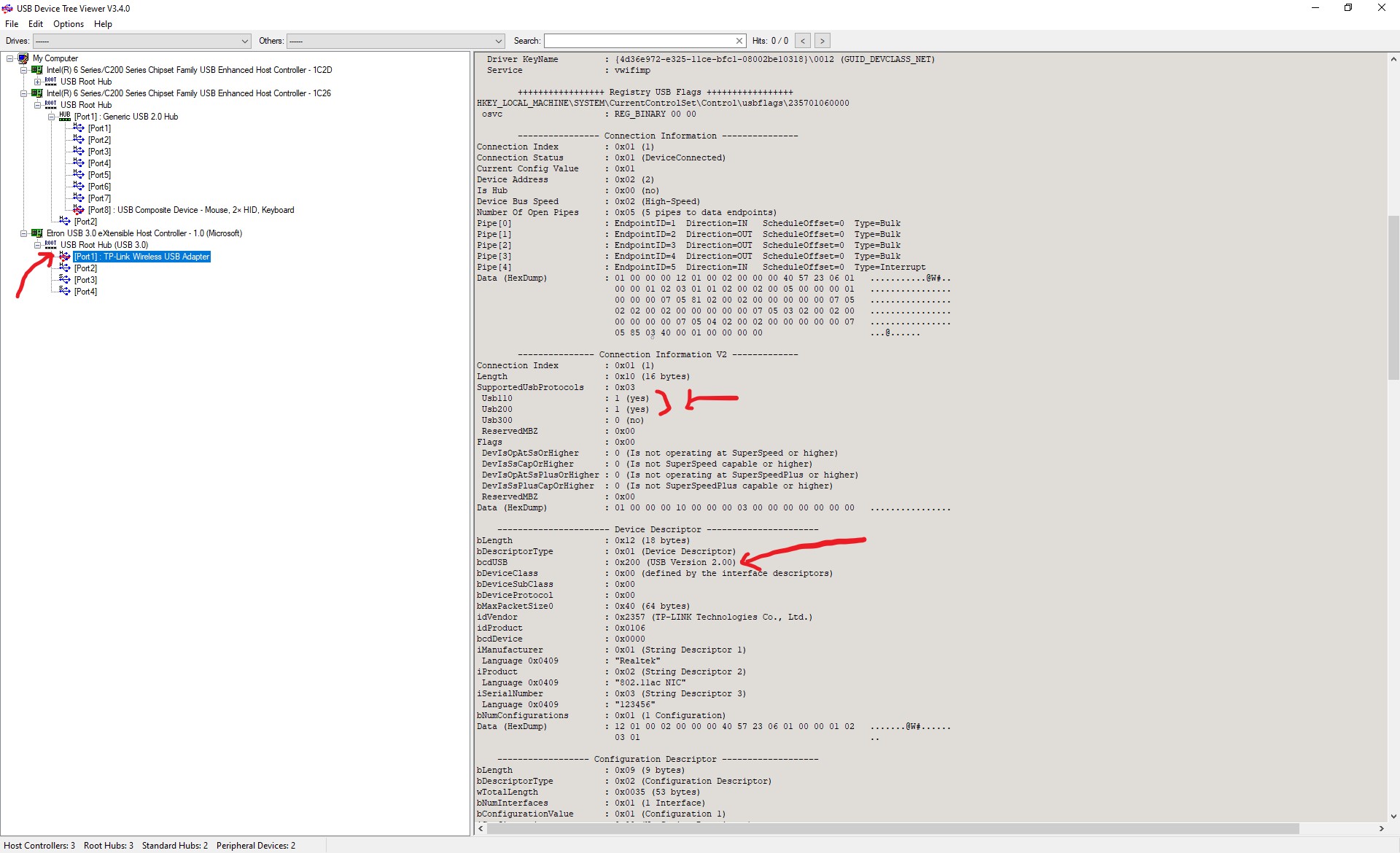 Hello, thank you for posting on the TL-Link Community.

Please try to install the following driver and confirm if the speed will be better (remove the previously installed driver first):

If this doesn't help either, please help confirm some details, and we will try to work it out:
1. Try this adapter on another computer's different USB3.0 port and confirm if it is still recognized as a USB2.0 device.
2. Is there any anti-virus software running on the computer? Can you please try to uninstall it and see if that makes a difference?

3. It is suggested to try to change the 5GHz wireless channel and channel width on the wireless router, which may help to improve the wireless connectivity and speed.

If none of the above helps, please refer to the below article to review all the settings in your network and get back to us with the required info, then we will try to investigate further:
https://www.tp-link.com/support/faq/709/

I have exactly the same problem. Installing alternate drivers does not help.