I'm using the Archer C6 in Access Point mode and turned off all Wifi features in the settings. I deactivated all 2,4 Ghz and 5 Ghz networks, also the guest networks. After looking after Wifi's there is still a hidden network - this hidden network only disappears, when i power off the Archer C6.

Why does the C6 do not power of the hidden Wifi when there are no more activated Wifis in the router?

Additionally i activated Wifi Schedule for 2,4 and 5 Ghz with an empty and a full schedule plan - but this also not effects the hidden network, or not immediately. Also the plan is very confusing - is effective time the time, when the wifi is powered off or when it's powered on? Maybe you can fix that naming, so that it is clear for everyone - i propose "wifi off time" or "wifi on time".

The hidden Wi-Fi networks are probably emerged from OneMesh feature implemented. But you said you're using C6 in AP mode where this feature should be disabled. What are the BSSIDs of these hidden networks ? 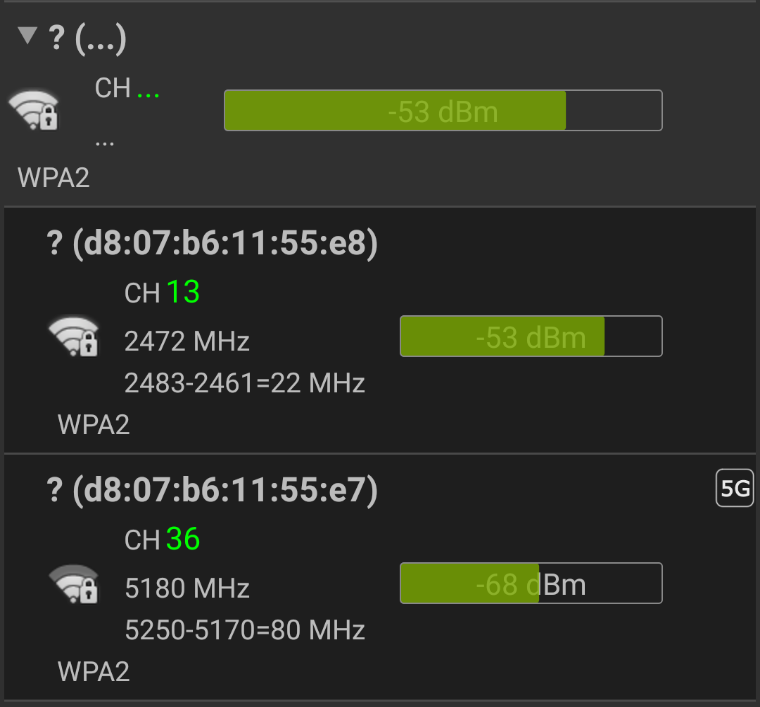 Also the hardware Wifi-Off Button does not deactivate the Mesh-Wifi. It would be great, if this Wifi-Off feature is implemented correctly in the next release.

It's annoying, that the wifi is not off - it's unecessary radation and also it makes more noise in the Wifi channels. On the other hand it is a security problem, if there are new vulnerabilitys in WPA2 and the Wifi could not be turned off.

I agree. In AX series routers this feature could be turned off via WebGUI. I suppose it's a matter of time to be implemeted (in FW) in the rest of devices, that support OneMesh.

I'm seeing this behavior with my Archer C6. I am using it as WiFi router mode. My Archer C6 v2 (EU) is emitting a hidden WiFi network with same MAC for both 2.4Gb and 5Gb bands.

Below is the screen shot of WiFi network analyzer

Since there are two identical hidden networks for both the bands with same radio settings, do they cause any interference which can leads to connectivity issues and lower WiFi speed?

Workaround suggested to use below Beta FW version in other thread

Since this is Beta version, Is it okay to upgrade? If we find any other issues with this Beta FW, can we rollback/down-grade to stable FW version?

And when can we expect the official FW release which address this issue.

You can test this beta FW, it's for improving wireless stability.

You can revert back to the stable FW version at any time.

Have a look at this feature request, regarding the FW that will solve the hidden networks issue.

Thanks for your quick reply and confirmation. 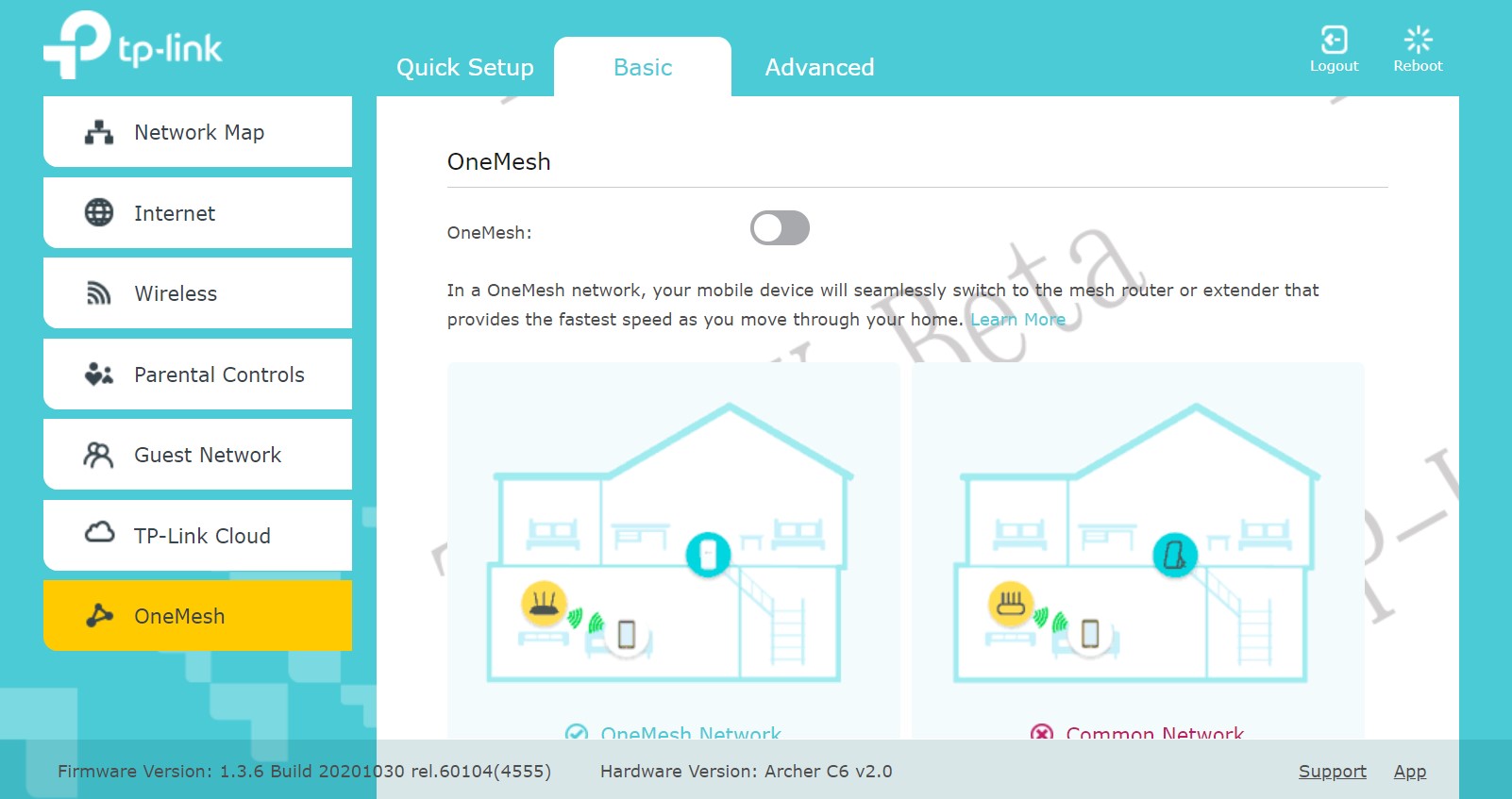 Issue resolved after disabling the OneMesh.

Since this is not official release, there are water mark in every page indicating that this is Beta version.