6 GHz Will Usher Wi-Fi into a New Era

2019 represented a milestone for mobile networking development, having witnessed the launch of 5G. The beginning of this new decade looks to start with some exciting news in wireless networking: the introduction of 6 GHz for Wi-Fi 6 (802.11ax).

The first notice of 6 GHz can be traced back to late 2018 when the Federal Communications Commission (FCC) proposed the unlicensed use of a new 5925-to-7125 MHz band. After closer examination and new regulations, Wi-Fi in the 6 GHz is officially coming out this year.

The addition of the 6 GHz spectrum will give a great boost to wireless networking performance and help WiFi 6 meet its intended purpose of higher capacity and less interference. The FCC is expected to announce the final open standard during the first half of 2020, and the Wi-Fi Alliance (WFA) will introduce 6 GHz to the Wi-Fi 6 R2 protocol. For internet users, the earliest batch of devices supporting 6 GHz is likely to ship within one quarter after the FCC unveils the official standard.

Why is 6 GHz crucial for Wi-Fi 6? In its original design, Wi-Fi 6 makes use of 2.4 GHz and 5 GHz. However, although technology like OFDMA and MU-MIMO increases the amount of simultaneous data transmissions, network congestion is still inevitable, as previous Wi-Fi standards use 2.4 GHz and/or 5 GHz. The situation will change drastically when 6 GHz is opened up for unlicensed use. 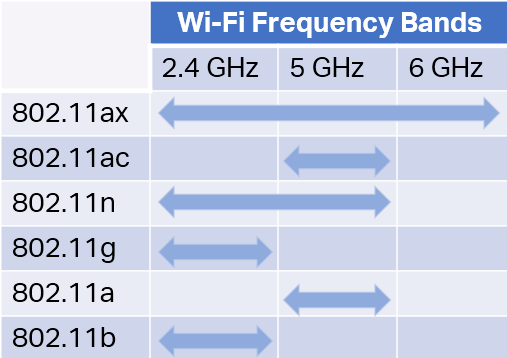 Because the newly released band is exclusive for Wi-Fi 6, Wi-Fi 6 can realize its full potential in speed improvement and latency reduction without sharing a spectrum with legacy devices (devices using 802.11ac, 802.11n, or older standards). Also, it will meet both the demand of the rapid increase of internet devices in the future and higher need for better networking quality.

When we say speed we actually mean throughput rate. Compared with the 80 MHz channel on the 5 GHz band, the 6 GHz band comes with a 160 MHz channel, thus it doubles the throughput rate. Of course, these are only the theoretical numbers. Under real conditions, legacy devices eat up the bandwidth, creating interference in 5 GHz. So, the Wi-Fi performance is likely to be less than expected. When wireless users of Wi-Fi 6 have the privileged use of 6 GHz, the actual speed experience may go far beyond just doubling.

Latency is another buzz word when discussing 6 GHz. Considering Wi-Fi 6 also operates at the 2.4 GHz and 5 GHz bands, Wi-Fi 6-enabled devices have to compete with legacy devices for data transmissions. Therefore, the ubiquitous latency times stand in the way of the further development of IoT appliances, VR devices, AR headsets, etc. Wi-Fi 6 at 6 GHz will definitely drive down latency and improve user experience in the areas mentioned above.

The significance of a new band is not limited to the wireless networking, however. In fact, it is a celebratory event for the entire mobile 5G industry as well. With the wider use of the 5G-supported phones, internet users are getting used to the high network speeds outdoors. They will come to expect similar network experiences indoors.

However, due to coverage issues, it will still be difficult for cellular carriers to meet this customer expectation inside most buildings. The release of 6 GHz will lift the burden of carriers and ensure the seamless transition of networking experience from outdoors to indoors.

Aside from the overwhelming advantages in speed, there are some slight drawbacks. For instance, 6 GHz has relatively smaller coverage compared with 2.4 GHz and 5 GHz. This is due to 6 GHz having a higher frequency, which makes it tougher to penetrate solid objects like walls and ceilings. Further comparison is shown in the Table below.

Despite the coverage issue, the release of 6 GHz for unlicensed use provides a feasible solution for the increasing consumer demand for more connected devices. It’s hard not to see that this new frequency band will usher Wi-Fi development into a new era.