RE200 5GHz NOT connecting to Airtel

Unable to connect 5GHz on RE200 to Airtel modem. Airtel does not allow selection of channel. Firmware is updated. What can I do?

This problem is related to the 5Ghz channel on Airtel router.
Tp-link Range Extenders (EU) version supports : Band1/2/3 on 5Ghz to accord with the results of the CE certification as listed below:

So Airtel router's 5Ghz Wi-Fi channel should on Band 1/2/3 or RE(EU) will not able to detect its 5Ghz. Here are some suggestions for  this issue:

If your router is already on Band 1-3 channel, but RE still could not see router's 5Ghz,  please reply with information below:
1> Model of Router & A photo of 5Ghz channel on your router :
2> A photo of label / sticker of RE showing country version & Model :  for example RE200 V2 (EU)

Kindly refer to this thread and change router' s 5Ghz channel to 36/40/44/48 with the help from router's support.

[Troubleshooting] TP-Link Range Extender is not detecting the 5GHz Signal of the Main Router
https://community.tp-link.com/en/home/forum/topic/265818

It is recommended to report back with information in the above thread so we could look into the issue further.

1. model of your  router  and share with a photo of router's WiFi Channel settings.

2.RE's model,  hardware version and country version (EU/US etc.) on its back label, thank you

Hello, may I have the model number of the Airtel modem? When you try to connect to its 5GHz on the extender, how many signal bars can you see? Please check and ensure the 5GHz signal is good enough to keep a connection.

Same issue with me. RE200 is able to detect the 2.4G network of Airtel provided Huawei router but unable to detect 5G SSID. The router model number is HG8145V5.

I am attaching a screenshot as well

@ManojNair - Thanks for your reply. I tried the manual option as well. However, it doesn't work for me in that mode as well.

How about other 5Ghz networks, can they be detected by HG8145V5？

Please also try to change the wireless advanced settings on the HG8145V5, such as channel 40 and channel width 40mhz for 5ghz?

Can I have a picture of the bottom label on the HG8145V5?

By the way, have you tried to set up via WPS button?

Did you have any wired devices and could you please also test the Ethernet speed from RE200?

If the computer is connected to the Airtel Wi-Fi at the same place, what is the 5ghz download speed and how about the link speed as well?

By the way, how far away from the RE305 to the Airtel modem?

Thanks for your response. I can see other 5G networks from the neighbourhood. I tried WPS option but nothing seems to be working for me. As suggested by you, I tried changing Channel Width to 40 MHz. However, the Channel is uneditable & it's in Auto mode. Please find the attached details of the router. 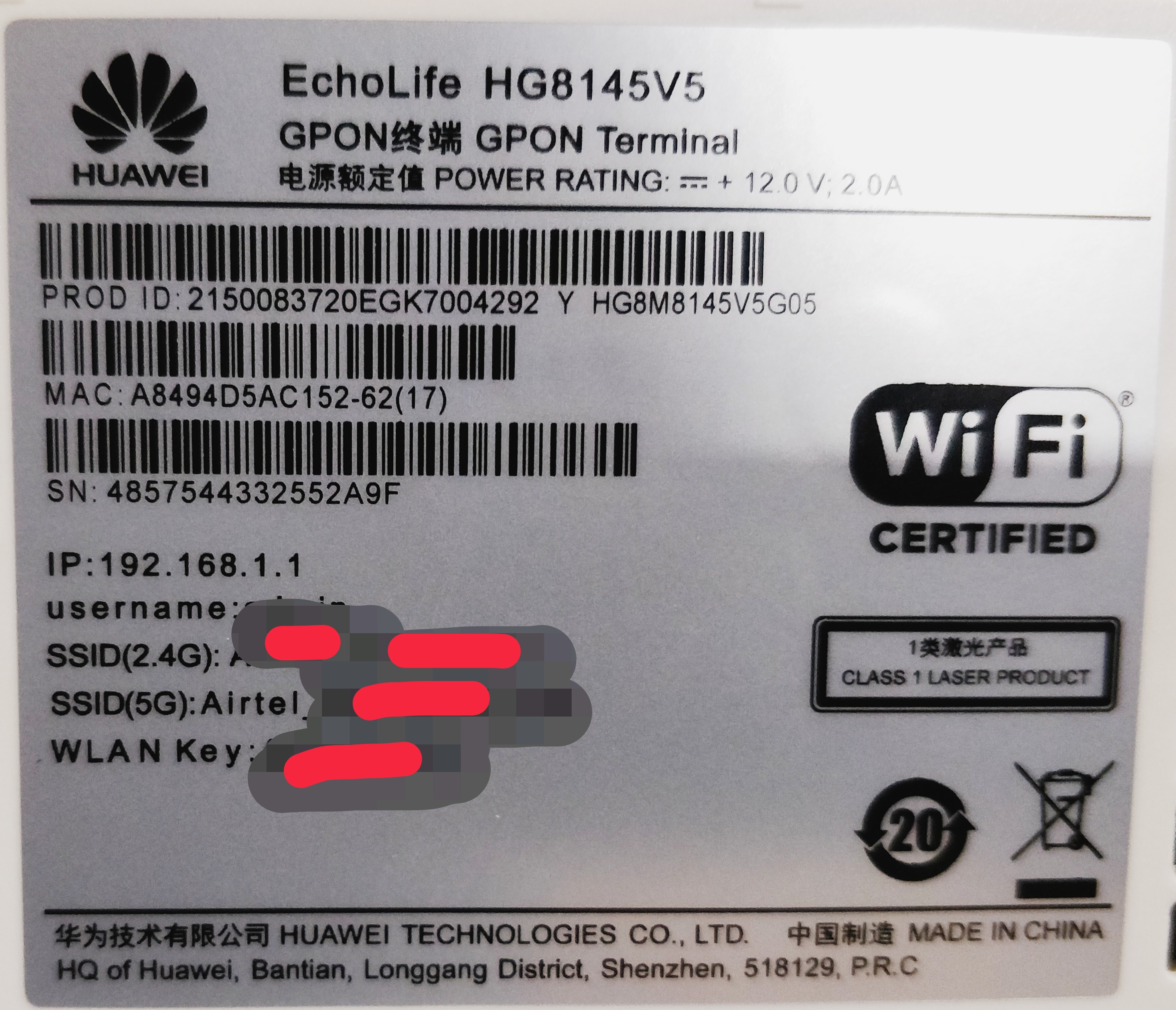 Thank you for your kind reply.

For your case, we would like to forward your case to our senior engineers, please check your email box.

At the same time, please help us check the following information:

Thank you very much!