Ok, im not in seattle but Texas but the title sounded good.

So i need some help here. Im quite technical, this is far from my first rodeo but im having just a heck of a time. Here is the scenario.

26 acres and no wifi/cell signal so working in the back of the property suffers in terms of connectivity and entertainment. I purchased the TL-ANT2415D 15dBi omni directional. I mounted the antenna on the roof straight vertical, ran the wire directly to three different routers. A nighthawk router a linksys router and a trendnet router. None of which offered any results further than just being in the house with the fixed antennas on the router. I played around enough and just decided to use the Linksys WRT54G which is just a fixed 2.4Ghz router (as apposed to the dual band nighthawk)

I have a TrendNet TEW-L208 wire https://www.amazon.com/gp/product/B000FICJ8S/ref=oh_aui_detailpage_o06_s00?ie=UTF8&psc=1 which is a bit longer than i'd like but the only way i can make it work. Im assuming a 6dbi loss (at best). Regardless, Antenna to wire, wire to router. Plug and play.

I go about 200 feet out from the antenna and i have a stronger connection to the wifi to the nighthawk router that is sill live in a room on the other side of the house than i do with the 15dBi antenna on the roof. I RMA'd the antenna assuming clearly it has to be the antenna. Second one on the roof and no luck so as a I.T. guy i swallow my pride and call support. We go through a few things and they dig up some documentation saying the antenna should be at a 45 degree angle to the ground. Which sort of defies the point for me but see attached.

That aside, we also looked at some of the router settings (see attached) We changed channel from "6" to auto to clear up some chatter. Dunno if that will matter but i'll check that AND the combination of the angled antenna. Which again seems quirky at best.

So in addition to the ideas i pose:

1) angling the antenna
2) adjusting the channel

i'd like folks thoughts on any of the settings in the router screen shots. I obviously flashed the firmware on the linksys router to the dd-wrt version. Gives some more control, im wondering if i can boost power to the antenna (since there doesnt seem to be away to add power to it). I dunno. basically to end the ramble, i need ideas because im not getting any sort of positive gain by having the antenna on the roof. I've read some posts stating that maxing out the "TX" (transmitting antenna?) 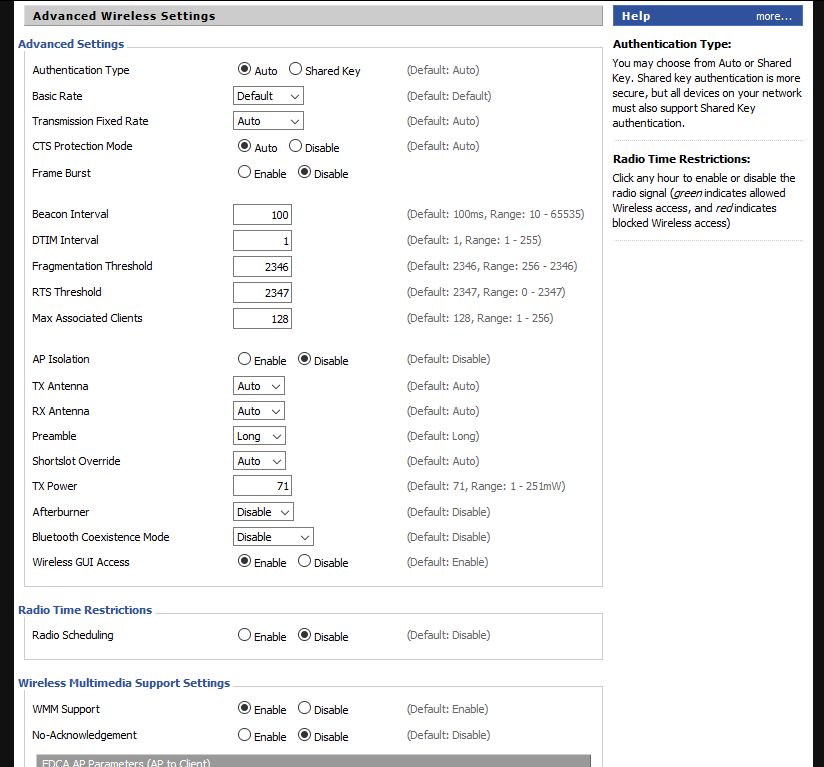 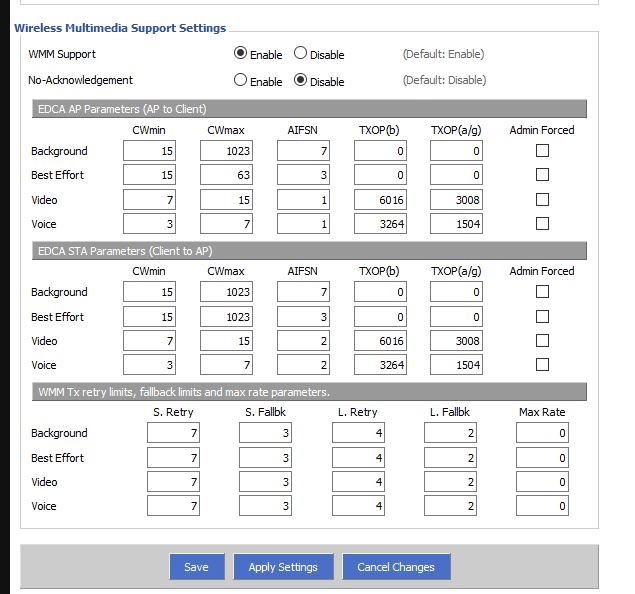 Right, but keep in mind that 802.11n mode uses MIMO, which lets the device use space-time coding to improve quality and reduce bit error rate, but it needs two identical antennas in a well defined distance to each other (7 cm for the EAP110-Outdoor). Maybe you could get a more stable connection using the included antennas, but this is just a guess (worth a try?).