Confused - is there a sequence to adoption? Lots of questions.

I bought into the Omada setup with several devices for my home office which also includes my shops. I did a bunch of research but now that I've actually obtained everything I'm a bit more confused.

The intention was to replace my aging wi-fi and infrastructure setup with this and have full control. The router, two switches and Omada controller are all in my data closet; the two ceiling units will be installed in my house, the two wall units in my two shops on my property and the outdoor unit on one of the eaves of my house. (I have a LOT of IoT devices.)

What I wanted to do was move from a 192.168.x.x to a 10.x.x.x ip schema with two VLANS - one for my own computers/tablets/TV's and one for all my IoT devices (I have quite a few of them and will be expanding in the future.) I was hoping the SDN would simplify this for me. Create three (yes, three) SSID's - one for 5GHz devices, one for 2.4GHz devices and one for 2.4GHz IoT devices. Obviously the IoT would be separated from the other network completely, with only access to the internet itself. I wanted to keep the 5GHz SSID separate because I currently have a (not very reliable) mesh system that "auto negotiates" between the two bands and I can't tell which one a device is running on. I'd like to make that decision myself. What I DO want is for these EAP's to all have the same SSID's so that I can move seamlessly between them with my tablets/laptops/phones (my desktops and TV's/etc. are all hardwired.)

Currently everything is connected in a segregated manner (no internet connection at the moment as I am still using my existing infrastructure as to avoid disruption of service.)  I have two of the SFP slots on the 3428 connected to the two SFP slots on the 2210 (wanted to do link aggregation to get more throughput) and all the wireless AP's are connected to the 2210 for power and ethernet. The OC200 is also connected here as well. The R605 is connected to the 3428 but I wasn't sure there was much point in connecting the other two SFP slots to it (as it will just be my internet router/firewall when its all said and done.) My internet is a cable modem and currently running as the router/firewall itself, but can be switched into bridge mode (which I will do once I get this network figured out.)

That being said I originally tried running the Omada controller in Docker on my QNAP NAS - which while it worked fine, I wasn't sure if it was adopting properly and in between stints I flat out forgot the password and just plain gave up on it, breaking down and getting the OC200. The real trouble was when I got in, and found that most of the equipment had to have the firmware updated to work with the OC200 - so I did that (a major pain) and now none of the devices seem to want to adopt outside of the two switches.

I have several questions:

Any thoughts or ideas are greatly appreciated! Just a little guidance - most everything here is wired that can be to avoid any bandwidth hogs. I also have several laptops (and an MS Surface) to access the OC200 directly with, so that isn't an issue.

I have several questions:

Any thoughts or ideas are greatly appreciated! Just a little guidance - most everything here is wired that can be to avoid any bandwidth hogs. I also have several laptops (and an MS Surface) to access the OC200 directly with, so that isn't an issue.

1. You can change it or not, in won't affect the Controller.

2. No special sequences have to be followed. Just adopt what you want.

5. Yes, two interfaces, so both VLAN could use internet.

6. The R605 is the DHCP server, it can assign IPs on different range.

In case you want to know more about configuration, here is the User Guide and emulator.

@Virgo Thanks so much for the reply! I think there's a bit of confusion on some of the items still:

Again, thank you so much for the help!

@Virgo Thanks so much for the reply! I think there's a bit of confusion on some of the items still:

Again, thank you so much for the help! 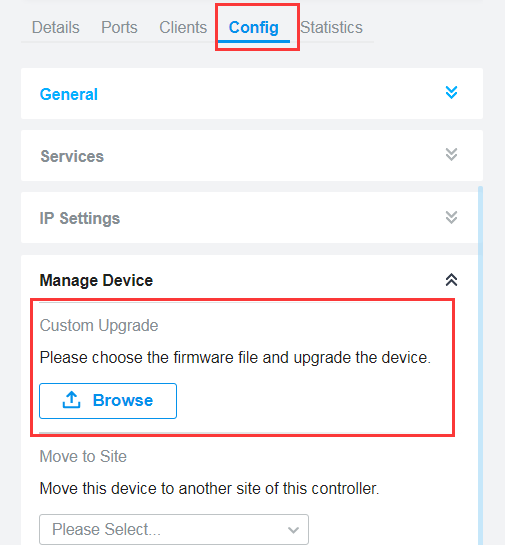 2. About how to set VLAN, refer to this one "How to configure Multi-Networks & Multi-SSIDs on Omada SDN Controller"

3. Well, I'm not familiar with this setting, but I can tell that you could disable DHCP server on Controller, and I'm not sure if this will affect the multi-nets settings above or not, you may have a test by yourself.

@Virgo I finally got some time set aside last night to start working on this. Here's my experience:

I had already upgraded the firmware on all the systems, so going in through the controller was pointless. However I think my main problem was connecting things incorrectly - I had some duplicate connections that probably created loops so I disconnected everything but the 2210 (PoE switch) from the OC200. Connected my laptop to the OC200's extra port and managed to adopt the 2210 just fine. Added the 3428 and the R605 in and adopted them just fine. As I added each one I gave it a static IP address (as I don't have a DHCP server just yet and the R605 wasn't up and running at first either.) After the R605 came online the EAP's all managed to get DHCP addresses just fine, but at some point I do want to give them static IP's. I do think there's a proper sequence to adopting these devices, even in a fresh new network. You need to have a gateway or some device running DHCP first to dole out IP's as they all want to default to 192.168.0.1 until then. Overall, I do have all the devices now adopted and talking just fine.

I will say that I upgraded the OC200 firmware to the latest at one point, which is a huge mistake as for some reason I couldn't change the IP address of the 2210 itself at all. The option doesn't present itself in the Config section at all after the upgrade.

One thing I did notice was that in the section Wired Networks>LAN was that I can't change the default LAN settings? I created a separate LAN for my devices and selected one of the WAN/LAN interfaces (which, btw are mislabeled between the Omada interface and the physical router) but that selection still remains on the default LAN (which has all four interfaces checked.) Am I missing something here? I don't want that IP range across all four interfaces, just the one LAN one. I guess I need to go rewatch some YT videos and read the docs more.

Still a ways to go before my ideal network is setup but I think I'm on the way now that I have all the devices adopted - again, thank you for the advice!

You should be able to change the LAN, are you using the Cloud website? Try to locally access the OC200 via IP address, any differences?

@Virgo No, not using the cloud. I go into Settings>Wired Networks>LAN>Networks and it won't let me uncheck any of the (router?) interfaces without griping (and not letting me continue.) I get this "The purpose of the Default LAN cannot be modified." error when I deselect any of the other interfaces. I only want one LAN interface to be selected - should I simply change the other profiles to not use that "Default LAN" network and create my own? I can change the IP addresses just fine but can't change which interfaces on the router it talks through.

I think I'm misunderstanding where I need to be changing the LAN settings? Seems like these are settings that are used under the Switch Settings?

Related Articles
How to ACL permit an MAC address while there is a deny for the full network
279 1
remote adoption to Omada hardware controller OC200
146 0
Router adoption failed
380 0
The number of logs is up to the limit - With Three devices and less than 4000 events in a day
362 0
Is there an already available solution to printing vouchers through a receipt/thermal/POS printer?
67 0
Cannot move EAP245 access point to site after adoption
492 0
Report Inappropriate Content
Transfer Module
New message