I bought myself an "Archer T4U V3" nearly two weeks ago and it worked perfectly in the first week after I installed the corresponding drivers (Driver).

After that one week, which was like three or four days ago, the problem started. I booted up my PC and started an online game (Rocket league),

I went into a match but couldn't really play because I was getting disconnects and reconnect from the server like every 5 seconds.

So I rebooted my PC but the problem persisted. I unistalled the driver and reinstalled it but other then rebooting my PC after the installation ,like it says in the text box,

I just continued and it worked perfectly fine until I shut down my PC and booted it back up the next day. The problem was back.

So I issued a continous ping to my default gateway (same problem with every other ip e.g 8.8.8.8) and saw that every 9th sometimes every 8th ping packet returns with around 2000ms other then the other ones which are 1 or 2ms and sometimes the packet goes completely lost.

I uploaded a video of my problem which can be found here. 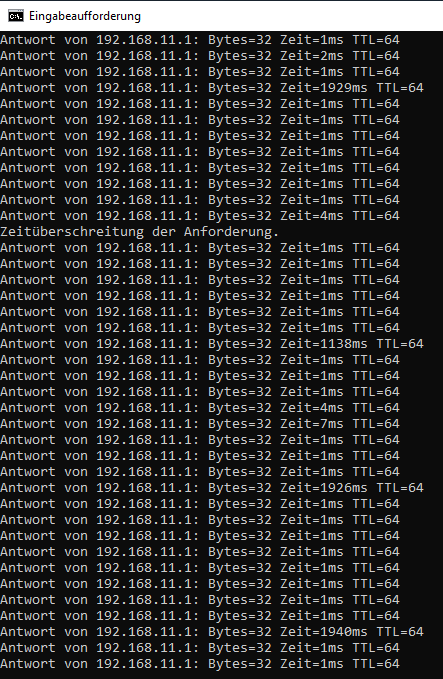 I asked my father if he had seen something like that before, so I tried changing my MTU size but with no success.

I would be more than thankful if somebody could help me otherwise I am gonna have to refund the adapter at the store.

I don't know if it's relavent but problem was back after you shut down computer and boot it back, may try to disable "Allow computer to turn off this device....."

3.    Highlight the device in the listing.

PS: Contact tplink support to get this solved quickly

I already tried that but thanks anyways.

What's the operating system of your computer?

I uploaded a video of my problem which can be found here.

With me this also happens, and mine is version 2. I do not know how to solve it, but I'm uninstalling and reinstalling the drive until it resolves temporarily.