I have seen some people post similar issues, but haven't seen a proper fix.

A brand new Dell laptop cannot connect to anything Microsoft related when I am using the Deco M5 wifi.  Can't login to any Microsoft account, or even get onto a Microsoft website e.g. Hotmail etc.  This affects Microsoft only: any other website (so long as I'm not using Edge or Explorer) works perfectly well.

When I connect the laptop to the Virgin router's wifi, there is no issue whatsoever and everything Microsoft related works fine.

I have adjusted seemingly every setting on the Deco including changing to access mode etc.  When I have used tracert microsoft.com via the Command prompt, I am getting inconsistent results i.e. sometimes request just times out, sometimes I can get through to the Virgin router, and sometimes it even gets through to the website itself, but it always ends with a series of "requests timed out".

It's rather baffling, and surely not a good look for Deco to be blocking a small company like Microsoft.

Any and all help much appreciated - thank you!

Thanks for all responses and suggestions.  The solution was in the end to switch off a Dell application called Smartbyte which supposedly helps allocate bandwidth if you're streaming. I have seen a number of online posts complaining about this app.  The strange thing was that it only caused an issue when connecting through Deco.

Did you set up any parental control profiles for the Dell computer?

If yes, could you please send me a picture of the blocked categories?

I do not have any parental controls set.  I also disabled all the antivirus protections.  I also tried running the network in access point mode.  But nothing has worked: Microsoft persistently blocked.

I also tried running the network in access point mode.  But nothing has worked: Microsoft persistently blocked.

I am running my Deco mesh in AP mode. I have connected my Windows 10 desktop wirelessly to Deco M5 and I can not reproduce what you described. I have access to Microsoft account, to Outlook web page, ping and traceroute to www.microsoft.com are without issues.

Do you have Ethernet port on that laptop?

Check Settings > Network & Internet > Wi-Fi, where you can find and click the Manage Known Networks link to see your list of saved wireless networks. Do you have WiFi networks listed there other than Deco WiFi?

Is it your personal laptop or company issued?

Also, when you change Deco mesh operation mode to Access Point, you may need to wait a bit till this change propagates. I would say, considering strange situation you are in, give it about 10-15 minutes to be on safe side, and after that open Deco app on smartphone again and see if Deco app shows your mesh is now in AP mode. 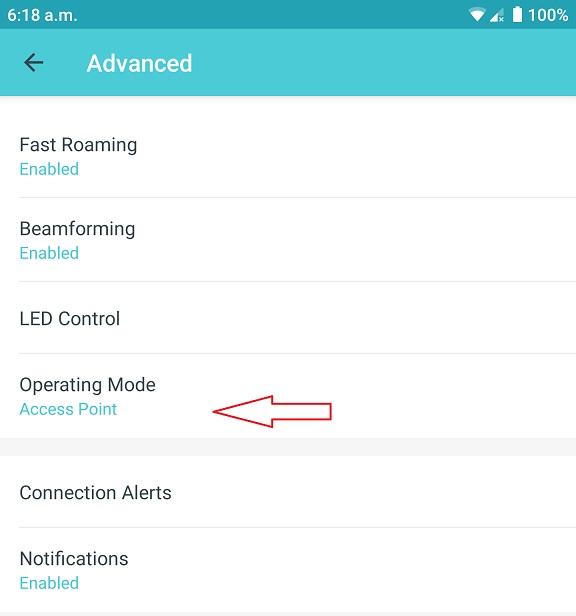 Personal device.  I can see other wifi networks and can connect to my Virgin router's wifi - which when connected via Virgin does not cause the Microsoft problem I am having with the Deco (Virgin signal not strong enough to carry through house).

I have changed it to AP, waited as you suggested and confirmed its in AP, but still the same problem.

I have also completely removed McAfee in case that was an issue, but no difference.

Worth mentioning that I have other Windows 10 computers in the house that use the Decos with no problem at all.

It is very strange.

Something is wrong with that Dell laptop.

Could be something bad: spyware, hidden VPN running on background. Could have been corporate installed software to manage and monitor access, but you are saying it is personal laptop. Also, if you thought you bought it new but it were in fact refurbished or returned by previous owner, laptop could have been infested with spyware.

Could be something silly: laptop jumps between different WiFi networks, and one of them restricts Internet access. Had conversation with someone on this forum recently, whose neighbors set SSID for their network same as his, and made it open.

Could be WiFi networking card or driver issues. If it were device such as older web camera, not a new laptop, I would have speculated its WiFi networking card/driver does not know how to handle mesh properly. Which would explain why connection to single WiFi unit, your ISP router, is stable, but to mesh with multiple units broadcasting under same SSID is not.

Yet, you are saying it is new laptop, so this is unlikely - but still worth checking.

Your laptop troubleshooting will have to focus on these three major possibilities.

Initial steps I would recommend:

1. Check with Task Manager your laptop does not generate unusually high networking traffic all the time. If it does, that could impact pings and could be a sign of something bad running on laptop.

2. When problem is manifesting itself on laptop, open www.whatismyip.com and check what is your public IP that web page reports. Must be the same as when connected through your ISP router, if not - there may be VPN running on laptop, or laptop is not connected to WiFi network you think it should.

3. If laptop has Ethernet port: disable WiFi on laptop, connect it by Ethernet cable to Main or Satellite Deco, see if problem still exists. If it does, that would eliminate WiFi networking as a suspect, but if it does not - laptop WiFi networking is where to keep looking.

4. Make laptop Forget all WiFi networks it knows, including ISP router SSID, leaving just Deco SSID. I am assuming your Deco SSID and ISP router SSID are different. That will eliminate laptop jumping between different WiFi networks. Connect laptop by WiFi to Deco mesh and see if problem continues.

If you want to be extra diligent, change SSID of Deco mesh to something different before running test. That should also disconnect all other wireless devices from mesh for the duration of test, eliminating possibility of their impact on WiFi performance.

5. If problem still exists after previous step, disable Mesh for laptop in Deco app settings. It is older devices that can't handle that well, so it is unlikely this is what causes the problem for a new laptop, but worth trying.

6. If disabling Mesh does not help, find networking card configuration settings in Device manager and see if you could force it to run on 5GHz only. Also, if it has WiFi roaming aggressiveness setting. While keeping mesh disabled, configure laptop card to only use 5GHz, or to prefer 5GHz if there is no exclusive band usage option, and reduce WiFi roaming aggressiveness to the lowest possible value.

If you eliminated all suspects but WiFi network/driver on laptop, and problem still exists after all those steps and whatever else you could try, check if there are updated drivers for laptop network card in Windows Updates under Optional, on Dell Web site - check for general firmware update, too. If you could figure network card brand and model, check its manufacturer web site for drivers they might have but not posted on Windows Updates.

I have the same issue with Android devices connecting to the play store. They wont connect on Wifi.

If I change the router to my old one it works fine.

Can turn off Antivirus etc, nothing works.

Thanks for all responses and suggestions.  The solution was in the end to switch off a Dell application called Smartbyte which supposedly helps allocate bandwidth if you're streaming. I have seen a number of online posts complaining about this app.  The strange thing was that it only caused an issue when connecting through Deco.