The new official Onemesh firmware for Archer AX11000 is available now, please check for the updates on the router web GUI or Tether app in one day or two for the new update. You can also download the new firmware from TP-Link official website, and install it manually:

Note: You will be unable to downgrade to the previous firmware version after updating this firmware.

We understand you have been waiting for the Onemesh firmware for Archer AX11000 for long, here comes with the beta version. You can manually update your router firmware if you would like to implement the Onemesh with some existing range extenders.

Refer to this guide to add the existing extender to the Onemesh network:

We hope you could help provide some details about the network layout, which will help us to understand your usage better:

1. What is the model number of the range extender that you want to add to the AX11000 Onemesh network? How many extenders?

2. How large of the house, how are the AX11000 and the range extenders located, are all on the same floor, or on different floors?

3. How about the Onemesh network performance? Is it as good as expected?

Do let us know how it goes. Have a nice day.

@Kevin_Z In this firmware implemented only onemesh? No other changes like VPN Clients or other requsted features on this forum?

maybe some other improves?

Hi Kevin, thanks for the reply. Is there an ETA as to when this will go full release?

Also, if a customer deploys the beta does that drop them into a different release channel, or will their device download and install the GA/Stable Release when it becomes available?

My brief assessment after a few hours of use of the new beta firmware...

1) The SpeedTest is as bad as it was previously (or perhaps even worse), but I'm sure this can be improved for the final version.

2) Someone asked about VPN client - there is no such thing in this firmware, only VPN server (as before).

3) OneMesh works brilliantly, I connected two RE505Xs a few hours ago and everything is working flawlessly so far.

a) I do not use SmartConnect, everything is set up manually.

b) Previously, when trying to connect my RE505Xs in range extender mode, I had to downgrade security on the corresponding router bands from WPA2/WPA3-Personal to WPA/WPA2-Personal, otherwise the RE505Xs would go crazy. No such problem now (since they're just nodes, I presume).

c) It is, I think, necessary to bind the IPs and MACs of whatever range extender you are using in the router, otherwise, with two RE505Xs, one would quickly slip away and become inaccessible. As it is, they're purring.

d) My apartment is 130 metres square. And although raw speed is lower when connected to the nodes (as could be expected, although still relatively high - 250 down vs. 700 down when connected directly to the router with the same device in the same location), signal stability is much improved at the extremities of my apartment.

And one question: can the 1Gb port on the RE505X be used to pass on a wired signal when the device is in OneMesh?

EDIT: Tether has gone nuts. It reports the AX11000 and two RE505Xs just fine, but when I try to connect to either of the latter, I regularly get a "cannot connect message", or get disconnected. Also, the AX11000 stops showing all connected devices, and I can't change the icons of those that are visible. Don't know if this is a software glitch, or whether it's caused by the firmware itself.

EDIT2: Unfortunately, I've had to stop testing as I've experienced instability with my printer (Brother HL-1210WE), which keeps appearing and disappearing from the network. All other devices work fine, but this one is key, so I've had to temporarily disable OneMesh.

@MayBe88 My expectations on this are low. I've dealt with products from companies that act as if software talent is hard to come by or they just don't care about things consumers need. The last one was LG and their really slow phone updates. They are getting rid of their mobile phone business now without even really trying on the software side. TPlink gives me those vibes. Not that they will go under or their products are bad. But the updates people want probably won't come. Their priority will be their own rigid idea of what the software should do.

When I connect the RE505Xs to the AX11000 in OneMesh and bind their IPs and MACs, I also need to make the following settings in their GUIs (otherwise they go offline in a short time): 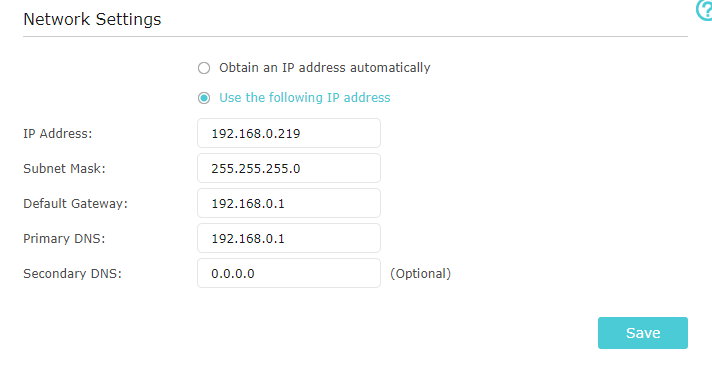 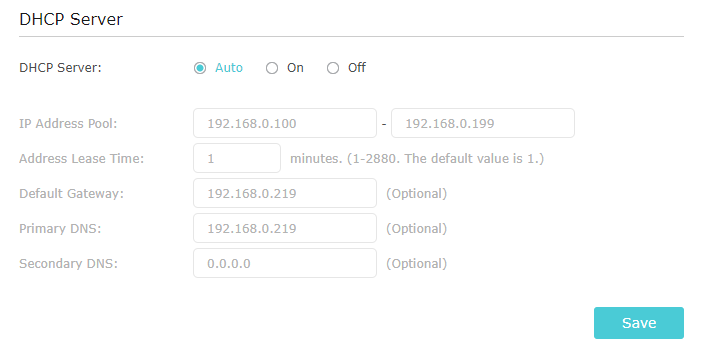 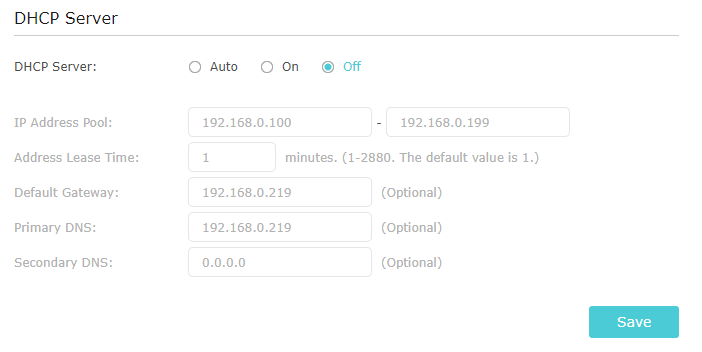 And, when I do so, I cannot then log into TP-Link Cloud through their GUIs.

While if I perform 3) instead, the system logs of both RE505Xs go blank.

The first time I tried to connect an RE505X to OneMesh, I got an automatic notification in the router's OneMesh tab that there was a device ready to connect. On each successive occasion, however, I got this message: 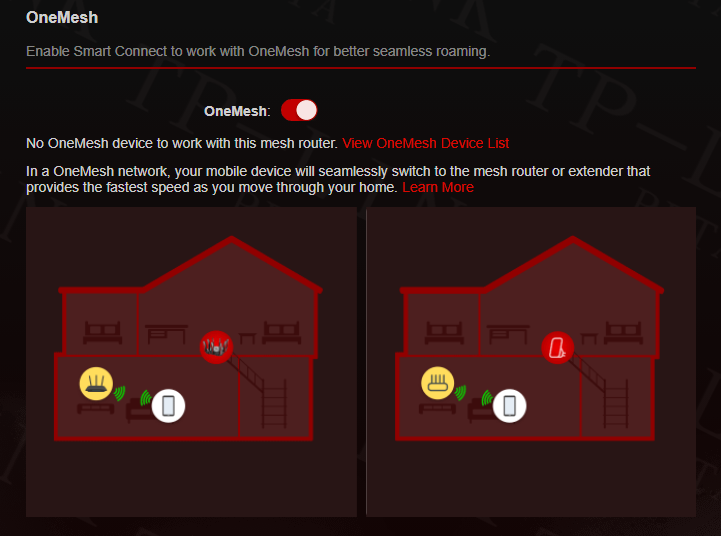 Even though the RE505X was factory reset and ready to connect.

The one small problem with Asus being that their firmwares, churned out at an incredible tempo, are usually not ready for use. Basically, they're just betas which users have to test, regularly reverting to older versions.

Couple that with incredibly flaky hardware, and you've got a user's paradise. Instead of using, you do troubleshooting most of the time.

You can take my word for it, a former Asus router user. Or don't take my word, go to SNB forums and read some of the stories.

First view on the system is unreliable slow and very glitchy.

I will try and bind the IP addresses to see if that helps the issues.

Sorry, no ETA for the new official release yet, you need to keep an eye on the official website by yourself, or pay attention to the firmware update notice on the web GUI or the Tether app.

You can still install or detect the new official firmware release, no worries.