Why can you only enable 3 smart actions at one time?

Are there plans to increase that number?

I was able to gather that the initial 3 smart actions is only a early stage implementation. The plan is to increase the 3 action limit at a later time.

I was able to gather that the initial 3 smart actions is only a early stage implementation. The plan is to increase the 3 action limit at a later time.

@Tony is there any update to the limitation?

No there is not.

I have been in search of a solution for a long time regarding this.  I have found one and I hope that all of you on this forum will pass along to others because this has been one of the biggest drawbacks I have ever seen in a smart home system.  My initial thoughts - why in the heck would you create a smart home device to make your home smarter, but only allow 3 actions to be active at the same time?  Really?  Yes, it's stupid.

Everywhere I turned was a dead end through the Kasa app.  I thought I had it solved one day when all I wanted to do was to turn on the lights around the outside of my home if a camera detects motion.  I thought, hey, I will group all of the lights together in one scene, then use the camera as the trigger to initiate the scene upon motion added with an auto off delay.  Oh wait, you can only control 1, yes 1 device with a camera motion.  You cannot use the camera trigger to run a scene.  So I through my hands up with the app and go smarter.

Here is my solution:

1.  Use Samsung Smarthings.  All devices work with smarthings except for the cameras.  Link your Kasa account to Smarthings by adding a device by brand.  Once its linked, it will take some time for all of the devices to start appearing.

2.  Add rooms to ST (Smarthings) and assign your devices to the rooms.

3.  Once you have everthing organized, you can start creating your smarthome automations.

4.  To give you an example of how I solved my problems with the camera motion, I became smarter than the Kasa app.  Since we are limited to 3 smart actions active at the same time, I used the Kasa app to only automate the 3 outside cameras that I have detection motion.  Any more than 3 outside cameras and I am out of luck.  But since the only device that ST won't work with is the cameras, I used ST to automate everything else but that.  So I set up the back door camera to turn on the light (since you can only have one device) when it detects motion between the hours of 8:00pm and 7:00 am, and I left the auto timer off.  After that, I went into the ST app, and added an automation for the exact same period of time, and the trigger device in ST because the corresponding device in Kasa.  So the result was, when the back porch left light came on, then it turned on all the other lights.  I set it for an auto off of all lights including the light that triggered the automation for 5 mintues.  I set this same function up in my other 2 cameras, and that is the only thing I use the Kasa app for.  I use ST for all other automations.  See screenshots below.

6.  I will also speak up here for ST too.  I purchased a Samsung smarthub and some smart buttons and smart sensors.  Door and Window Sensor, Motion Sensor, Hub, and Button.  I don't get paid from Amazon but these are all the devices I bought at Amazon.  They are inexpensive to get into and provide great trigger functions.

7.  A great example of using the button is that I mounted it by the door I walk out of everyday.  I set up the "one button press" to turn off all lights in the house.  You can also have a "double button press" and a "push and hold" function.  There are really six functions that you can do here because if you set up the automation in ST correctly, instead of a trigger turning on or turning off a switch, it can be a trigger turns on/off a switch.  This gives you the ability to press it once for on, and once again for off.

Reach out if you need help.  I searched for a year before coming upon this idea myself.  It has worked wonders and I am not limited to 3 smart actions. 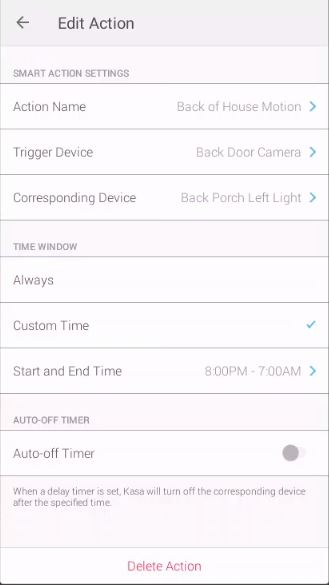 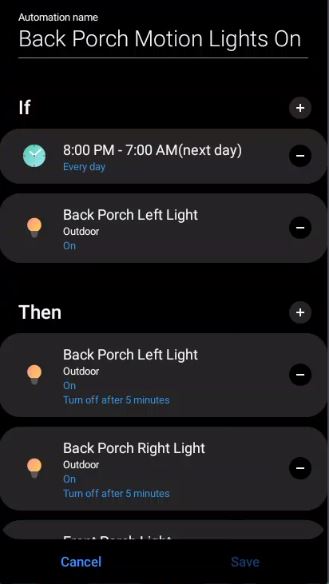 Hi Tony, any updates on this? I have over 50 devices (dimmer, single and 3 way switches and plugs) and would like to configure the auto off on many of these.

The way I see it is:

3) or add the auto off feature for every device independent if smart actions, similar to competitors.

I used to have both TP Link and Wemo switches and plugs, but recently started replacing my Wemo with tp link. I like the products, i believe they work better than Wemo, but would be very convenient if you could add this feature (1 of the 3 proposed solutions above.)