This took so thought so I decided to post it.

I know most people use these as an in-home solution and I have used them for years in that manner and they work great. However these have a 300 meter range ~1000 ft. and are far more cost effective solution to reach that range than Fiber or Ethernet with PoE signal repeaters.

You can Jump to the -SOLUTION- at the end but reading through might help you troubleshoot.

This is my experience reaching over 500ft outside a home.

I was trying to connect a Camera mounted at my gate 350 ft away and trying to use an AV2000 to create the access point. I have power at the gate already and the solution seem solid when reading the Powerline specs. However, I could not get the adapters to find one another( the Powerline LED / middle LED would not light up). I verified the same phase on the electrical panel, and even re worked the circuit to be under the same breaker. The LED would not light. I tried pairing them together inside, then moving one outside. I tried a host of other ideas listed in this forum. No dice.

At some point while looking for a short in the wire I realized the issue and went and turned off all the other breakers in the panel. The LED lit up a few seconds later. Of course, even after paining as I turned other breakers back on the connection started to fail. The Powerline LED could remain on, but the speed slowed to zero.

The issue, in electrical terms, I was losing reference between Phase and Neutral ( and Ground as these are MIMO). For anyone not an engineer, all the loads in my house that draw power were blurring the difference between the phase (hot or black wire) and the Neutral (white wire).  This is usually not an issue at the normally 100' but I was 350' on small awg wire. It was like trying to paddle a rowboat past Niagara Falls and get to a tiny stream on the other side of the river. Not going to happen!

To solve this build an isolated network to reach this one location. One of the issues people have with these is they can't reach through a GFCI. So, using a GFCI you can build an isolated circuit. A GFCI comes in breakers or receptacles, I’ve included a picture to show the Receptacle methode, it’s the cheaper option.

After solving the problem, I tested adding extension cords and was +500 ft of wire with a still solid connection despite the house being full on. The downside is that this is now a stand alone network and is not part of my pre-existing powerline network. 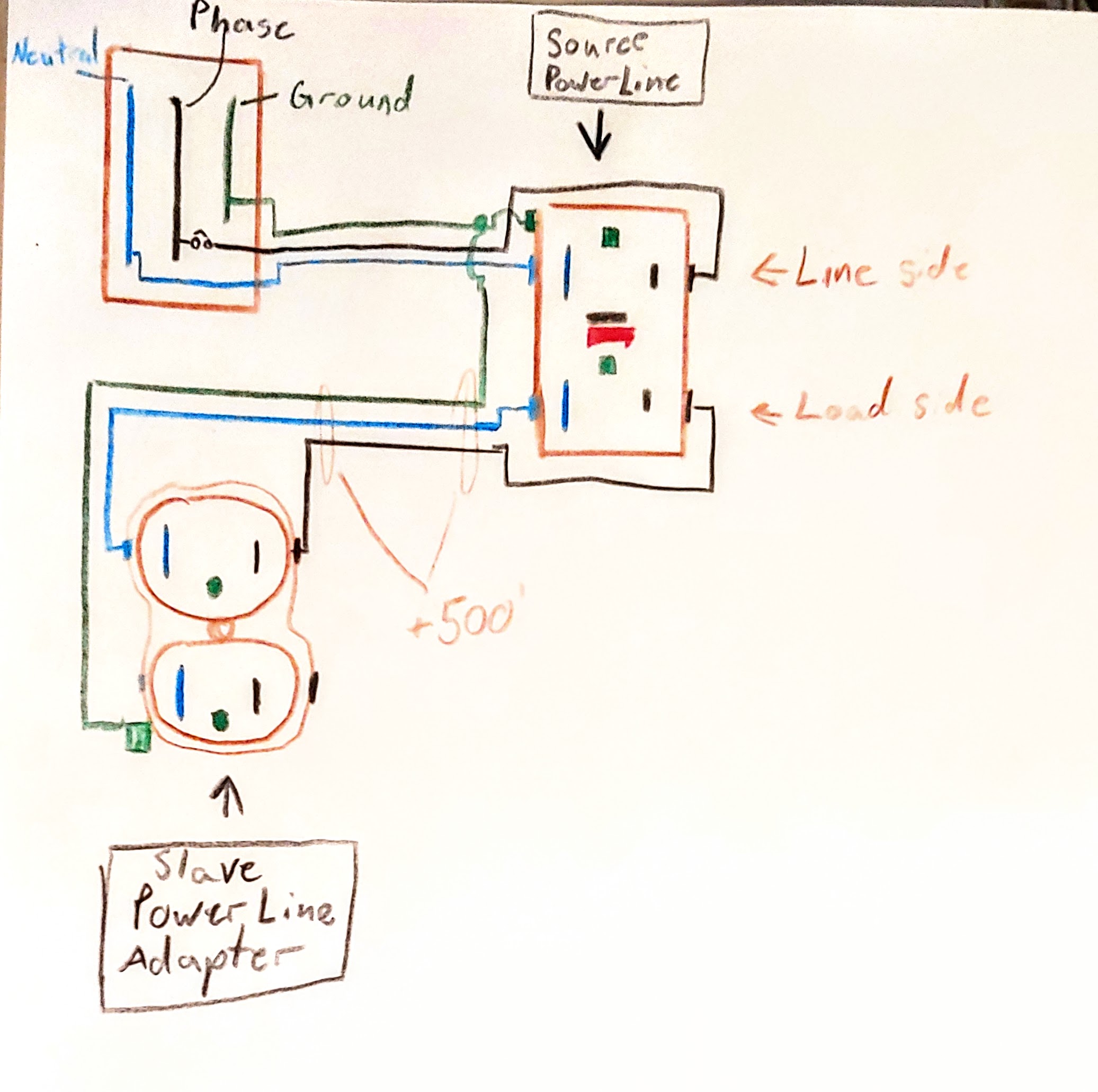 Thank you for sharing the solution.