The Ethernet backhaul feature allows the wired Deco units to communicate to each other in a manner that is faster and stable compared to a wireless backhaul.

Step 1 Please set up all Deco units preferably in the same room for the initial setup before finally wiring them together. 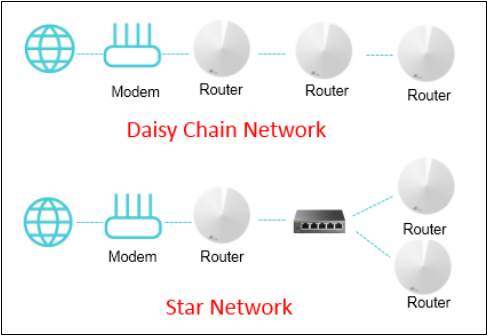 Some switches cannot handle and forward the Ethernet II control message that based on the standard IEEE 1905.1 protocol, which is used to setup a wired network, so when a Deco is connected to the switch, the Deco may not work properly. In this case, it's recommended to replace the switch with another one to test.

Thanks for the reply. I work in a system based on the Hydra platform that works on the cloud  and sometimes we have problems with Ethernet

Included diagram shows an ethernet star configuration of three M9s.   Is this a good and effective configuration?   Please comment. 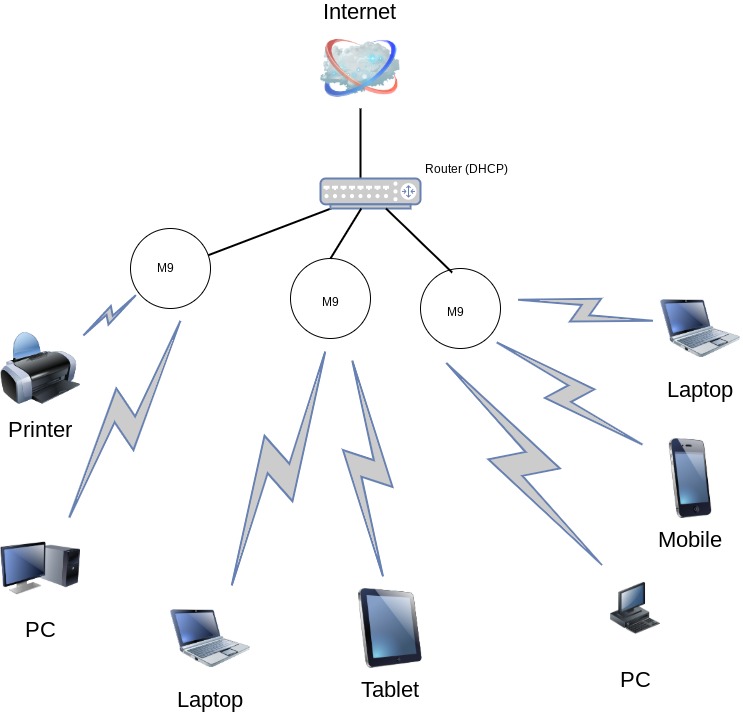 Does the above diagram of a wired ethernet star configuration work?

I assume the three Deco M9s have to be in AP mode since the modem/router is upstream.