The article introduces basic types of switches and helps you to judge if you could replace the multi-way switch with TP-Link Smart Switch or not.

In electronics, switches are classified according to the arrangement of their contacts. A pair of contacts is said to be "closed" when the current can flow from one to the other. The terms pole and throw are used to describe switch contact variations.

Pole indicates separate switches which are controlled by a single physical actuator. The throw is on behalf of wiring path choices that the switch can adopt for each pole.

Here are the common types of switches:

Notes: Four-way switch is used in the scenario that only four rather than six wires are brought outside the switch housing. 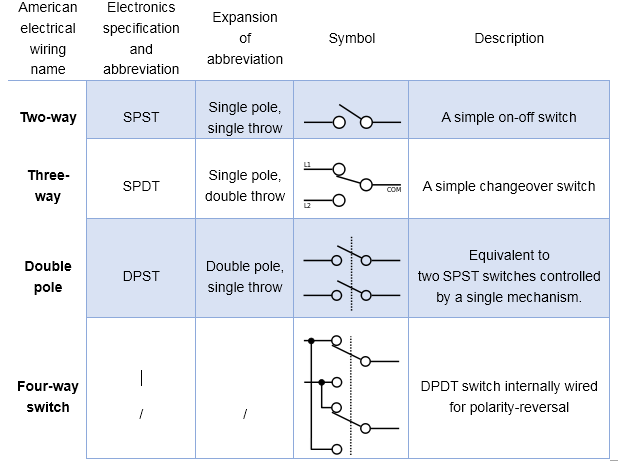 Switching a load on or off from two locations (for instance, turning a light on or off from either end of a flight of stairs) requires two SPDT switches. There are several arrangements of wiring to achieve this. 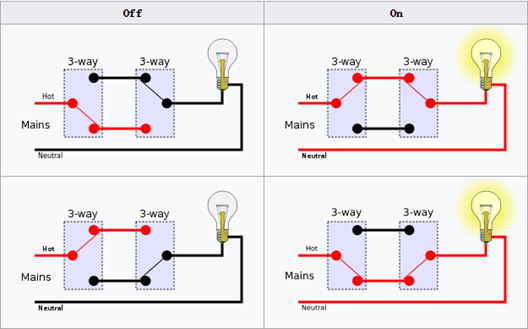 The system requires four wires, including neutral between installation ends, compared to three wires in the traveler system. However, an optional additional lamp or receptacle can be connected at Terminal A or B, which saves one wire in the case. 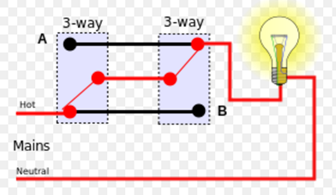 The now-obsolete wiring method is rare and has been prohibited by the USA National Electrical Code. 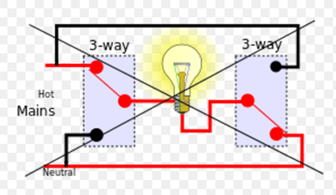 The two-way switch could be replaced by HS200 directly which both ends are connected to the live line and load line. In addition, one neutral line is needed to guarantee HS200 work normally.

How can I install HS200 if my powerline socket only contains 3 lines?

The three-way switch could be replaced according to certain circuit systems. But we don’t recommend you transform the circuit by replacing the switch.

a. In the traveler system with two locations, you could replace one switch by connecting both “red” ends, which means the other normal switch is supposed to be always in “on” status. In other words, the three-way switch is converted into a two-way switch, one original “black” wire between the switch will be abandoned. 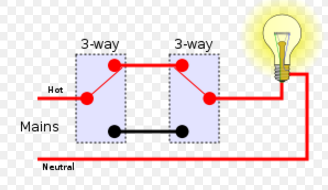 b. As for the alternative system, the replacement is feasible in theory. However, it means that two wires between switches will be useless and an additional lamp or receptacle may not work normally.

c. In the traveler system with three or more locations, the three-way switches on both ends could be converted into the two-way switch with HS200.

Notes: Switches except two-way switches are not recommended to replace and we highly recommend you hire a professional electrician if you are to do the above operations.