This brief post, which can hardly be called comprehensive, is my contribution to installing the Omada software controller on a Raspberry Pi 4. For Dummies. Like me.

The disclaimer is that I've only gotten it running and haven't yet migrated over my settings from the laptop that my main instance currently runs on. I also have almost no idea what I'm doing in Linux and just want things to work.

Here's what worked for me:

What I need to do next is to learn about volumes and how to store data from the software so, if the Pi shuts down, my network settings don't go with it.

Hope this saves someone a few hours...

@tlr6052021 I was thinking of going that way with Docker, but I ultimately installed Ubuntu Server 20.04.2 using the ARM64 image for the PI 4. I installed it using the same as you would on a regular Ubuntu server using the instructions in the documentation and didn't have any issues. Just wanted to put that out there as an option as well.

Have you managed to upgrade you Omada version yet? I completely screwed up my last one and did a rebuild to get back.

Silly me. sudo dpkg -r omadac and tell it to backup the database. Then sudo dpkg -i Oamada_SDN.... and import the backup.

Just got this working, thanks for the guide. I've never used portainer so I thought I'd add in some steps that I had to discover to translate the recommended settings from https://github.com/mbentley/docker-omada-controller to portainer to get me the last mile.

First, set the image to pull

Then add the ports to be forwarded

Then the env variables to set 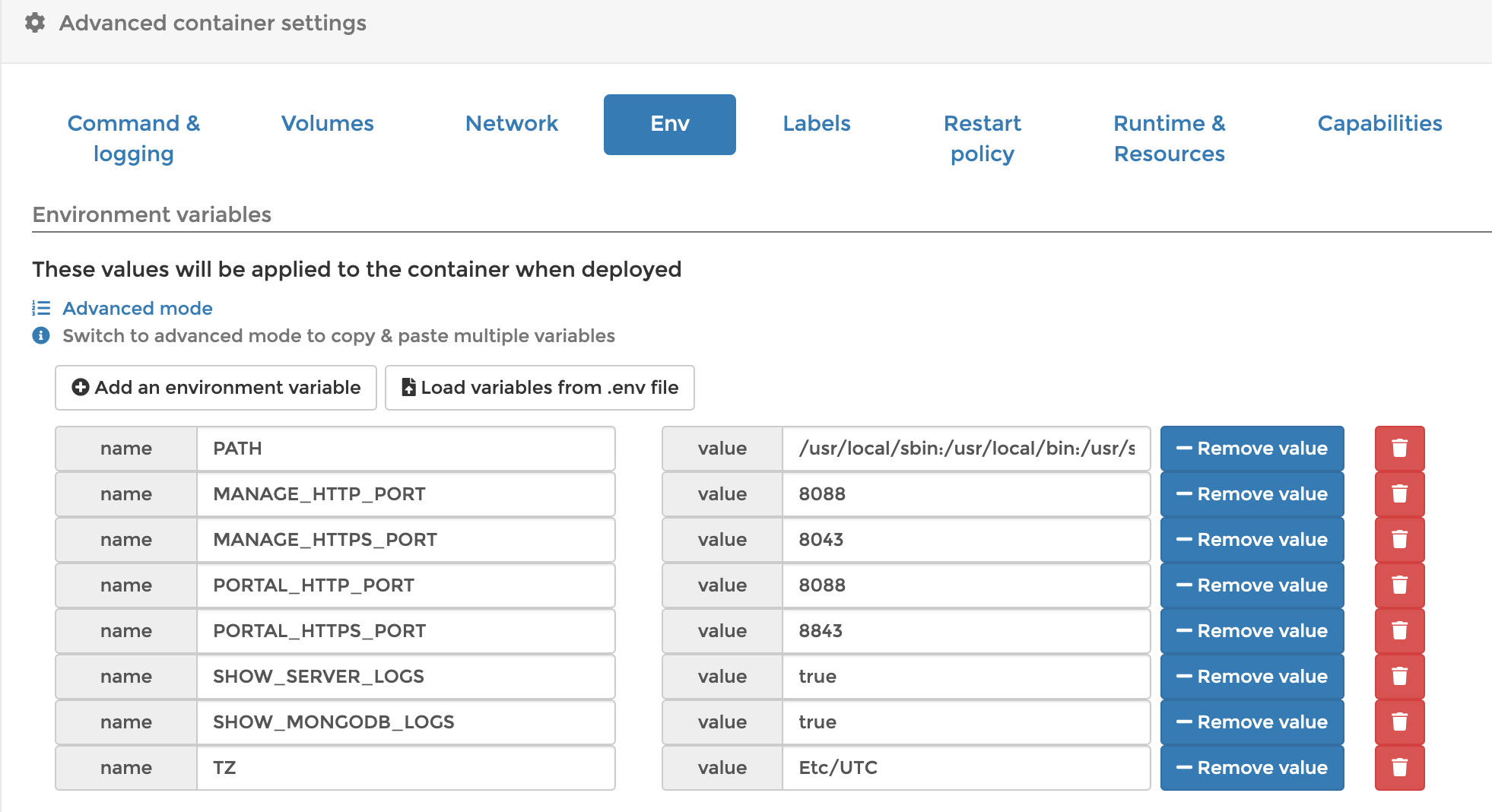 Thanks again for getting me 90% of the way there