Can't figure out this switch. Have 3 black wires instead of regular 2.

Hello all, so I'm trying to replace my single pole light switch that powers on/off the light/fan combo. Actually just the light, the fan is operated by a pullchain, thus toggling the switch turns on/off only the light. Now in my box there's an odd number of black wires all pigtailed together, total of three. One of them is exposed in the middle and ties around the screw on the single pole switch. [Whereas in all other rooms there's only two black wires.] Besides those, there's one red/copper (going into the single pole light switch) and 2 white ones screwed together (assuming these are neutral) I figured out that the extra black wire actually powers the outlets in this specific room. I tried screwing all 5 black wires (2 from the HS200 and 3 from the box), screwed green with red (assuming they're both ground) and white with whites. Doing this gave power to the fan and the outlets but the light didn't work. Next I tried splitting the 3 black wires with the two from the switch and alternated, trying diff combinations; once I was able to use the switch to toggle the outlets on and off, and once I was able to toggle the fan on and off. Other times it gave power to neither of them. But never got the light to work. I can't figure it out, I don't know what I'm doing wrong here or if I'm missing something. Could this be a faulty piece? I mean the light on the device does go on and it does power the outlets/the fan. So I'm not entirely sure what's going on here. I know I'm doing something wrong but not sure what.. This is very frustrating. Any suggestions, any help, tips would be much appreciated! I could also upload pics if needed for clarification, feel free to ask me anything (: Sorry for my bad grammar, English isn't my first language.

Also, I think the HS210 has a 3 way switch or something? Do you think that would solve the problem instead of the HS200?

If you can post pictures of the original switch wiring.

Both sides and the back of the switch.

And one of the wiring in the box. 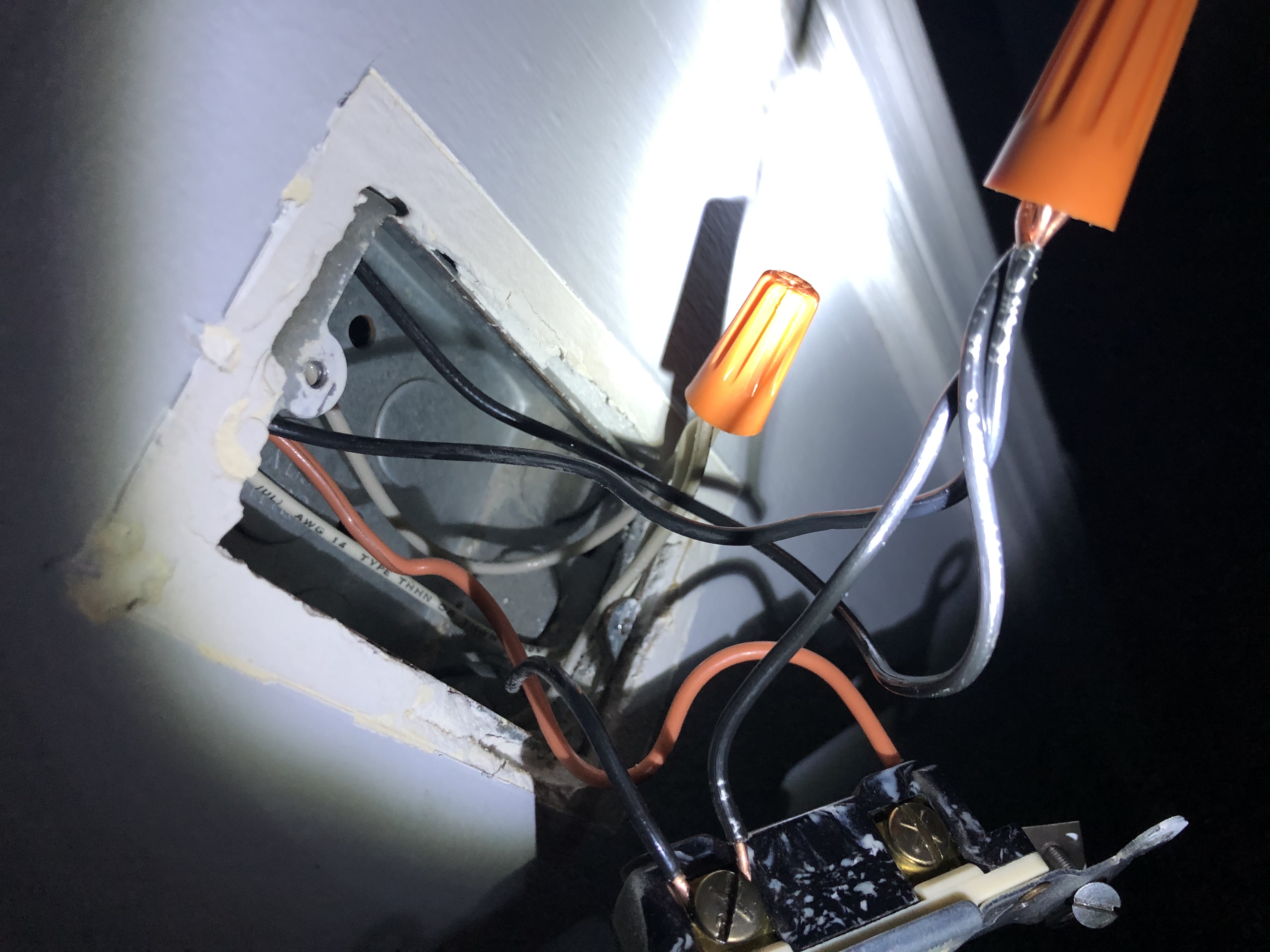 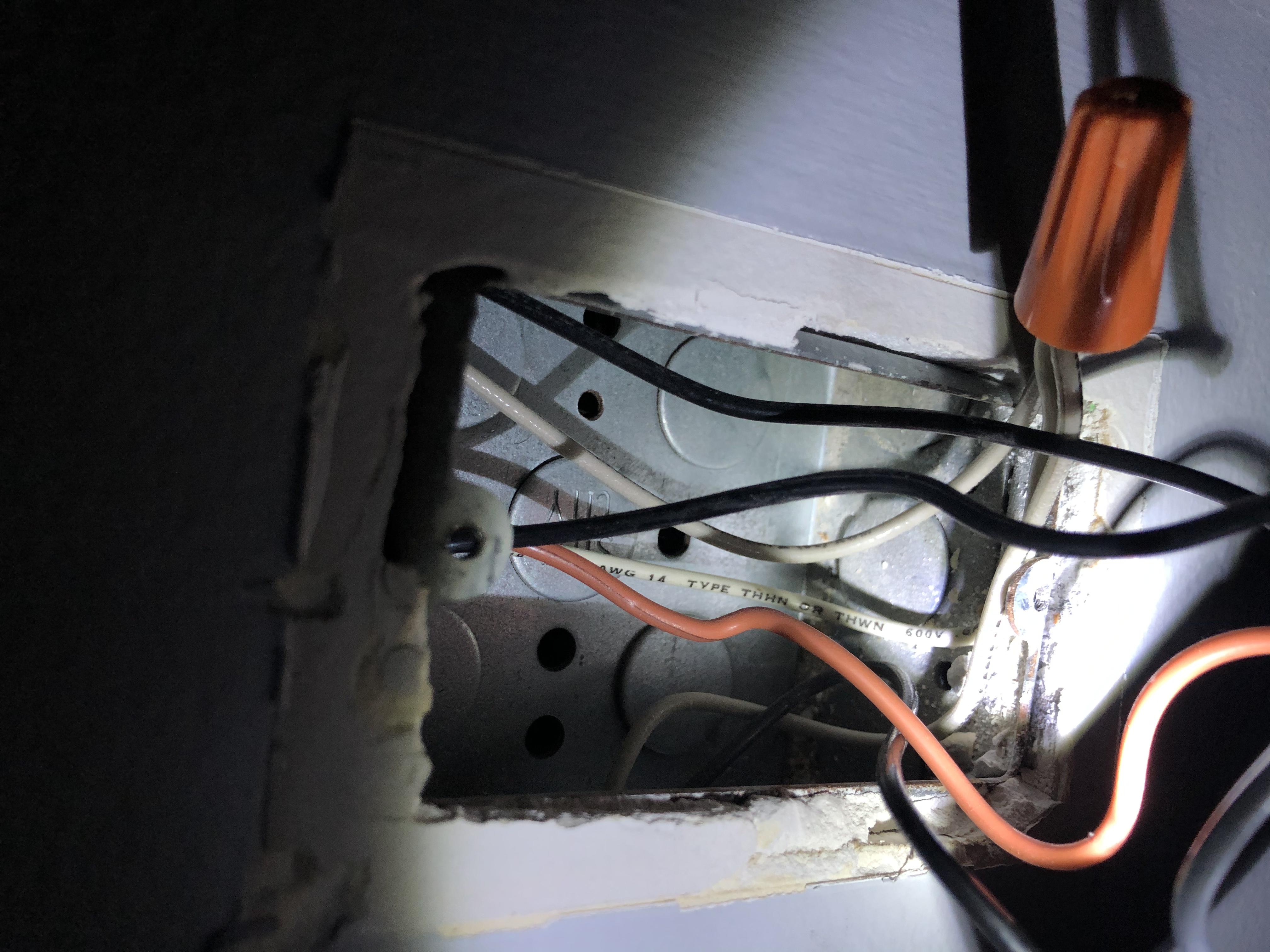 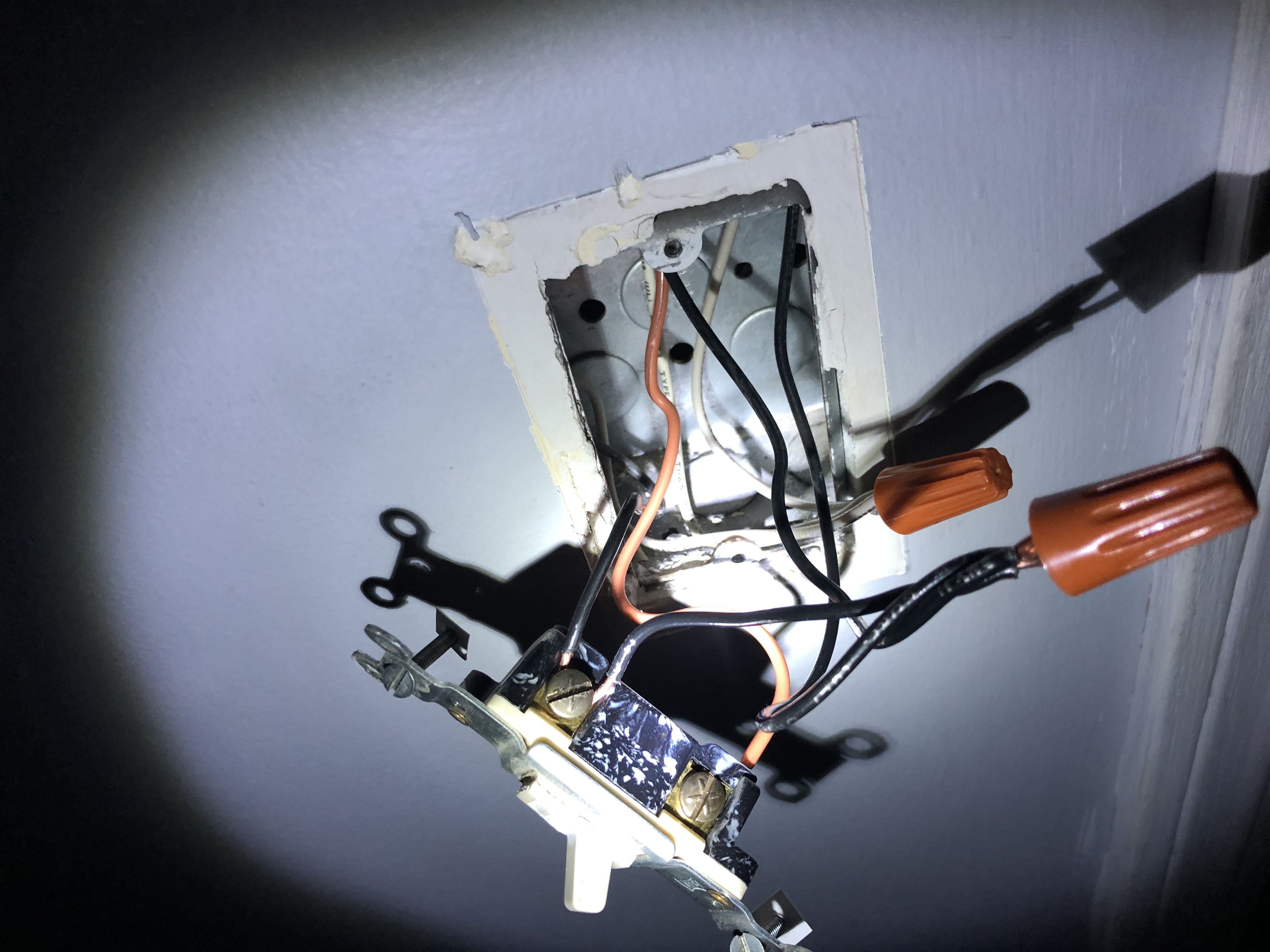 @MikeP oh I haven't done that, I kept thinking the red was ground as what the app was telling me in the instructions. But I'll give this a try as soon as I get home and will let you know if it works! Thank youu. Also the green on tplink just stays open by itself?

I did this and it worked without any issue!! Thank you so much. Made it look so easy, can’t believe I was losing my mind over this. And yes you’re right, the app instruction doesn’t mention red, it states copper as ground. I just misunderstood copper for red and kept putting the wrong two and two together lol. Also I didn’t have any electrical tape at the moment so I just bent the exposed area and screwed a nut on it. It’s now secure 👍🏼 thanks everyone for their help again 😊