Wifi security WPA2 AES and WPA3 are missing from Deco

Are you aware that upcoming (very soon) iOS 14 marks WPA/WPA2(TKIP) as "Weak Security" and refuses to connect to such networks by default?

iOS 14 is in Beta 8 state right now. It will be released to all iPhones/iPads in couple weeks.

Imagine what kind of feedback you will get in couple weeks when all iPhones/iPads will stop working with Deco?? 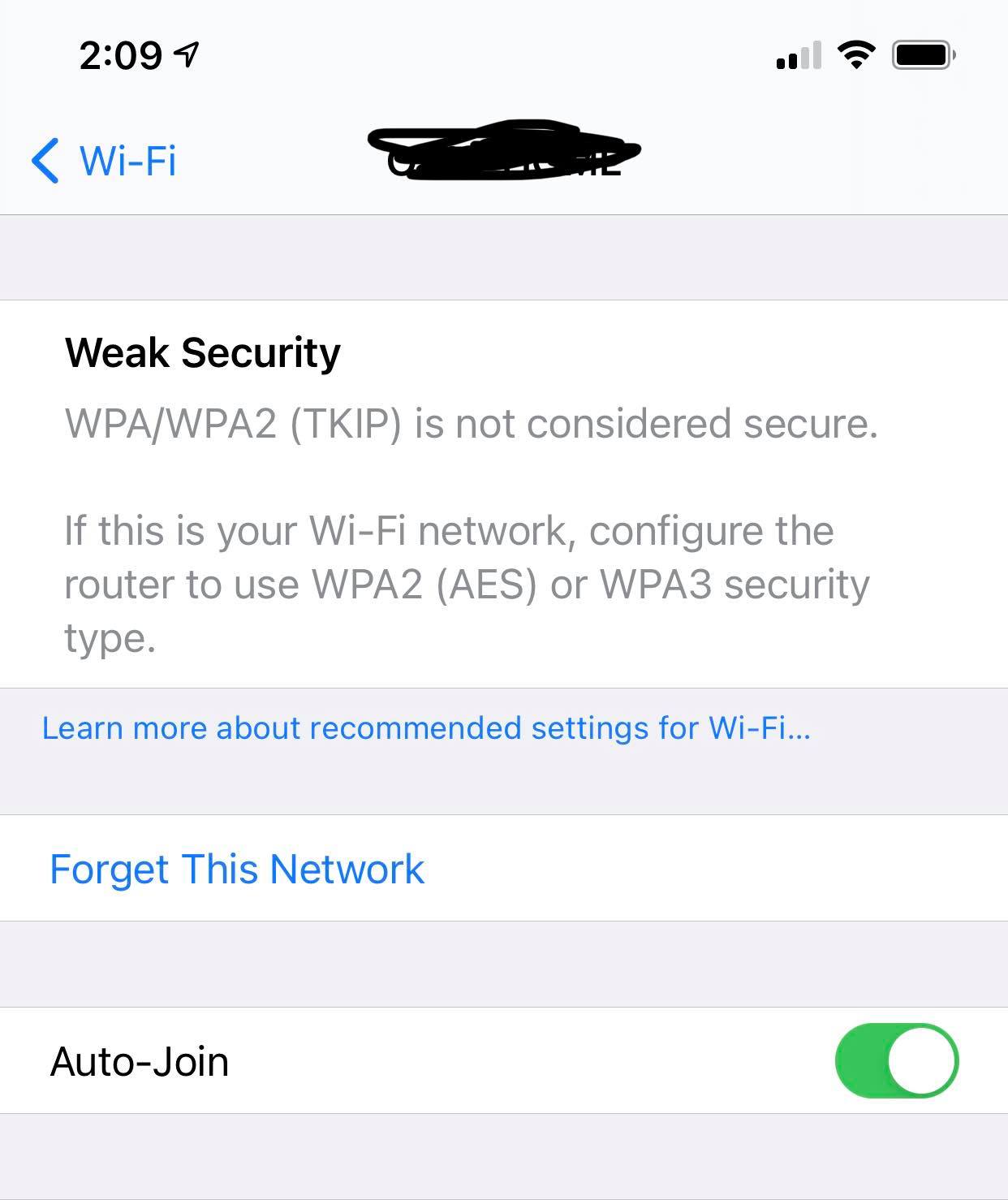 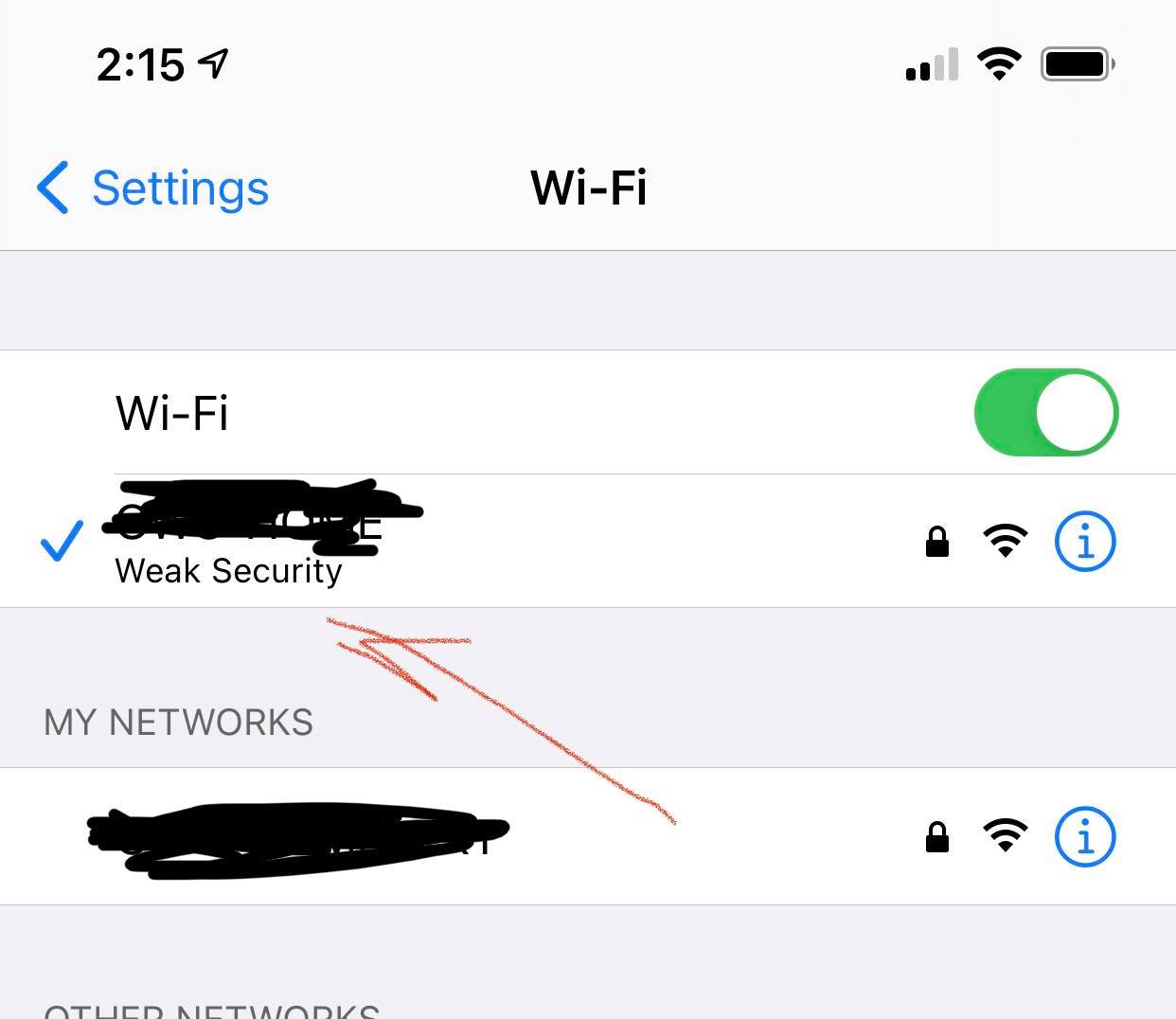 Hello all, sorry for keeping you waiting.

We have released the beta firmware for the Deco device to allow you to change the security type now, please refer to the below post for more details:
https://community.tp-link.com/en/home/forum/topic/227662

Let us know if the issue is fixed or not, thanks a lot~

@hakort Ok I found it. My iPhone app didn't show there was a new update.

I had to install the Upgrade Tool first which installed the August update file from the site.

After that installation, the app told me there was a more recent September update.

Yes, this is a pretty major issue that TPLink has been informed about for months and has yet to provide any proper feedback or guidance as to when they will be rolling out a firmware update to fix this. Basically, they need to allow users to select what type of WPA security protocol to use. Users should be able to select "WPA2 Only" at the very least. However, most Deco devices default to WPA/WPA2 mixed mode and this cannot be changed. This mode is insecure and the reason why many more devices are flagging them as "insecure connections".

In a matter of days, these updates for iOS and Android will roll out to everybody and basically render most people's Deco devices useless. By default, iOS and Android devices will refuse to connect to any wifi network still using the older WPA protocol.

If TPLink is unable to provide an update or at least specific guidance as to when an update will become available to fix this, I strongly recommend all Deco users return their devices and get something else. Otherwise, you are going to be left with both an insecure and virtually useless WiFi network very soon.

There is no solution from TP link, so prepare. Starting tomorrow iPhones and iPads will start complaing about "weak security" and refusing to connect to Decos automatically.

Hello, thanks very much again for bringing this up again.

We have noted this issue and we will soon release a new firmware to allow users to change the wireless security type on the Deco system in days, please keep an eye on your Deco app, thanks.

I have the same problem with Deco M9 Plus, my iOS 14 device and Windows 10 said that my connetion is weak security. We need WPA AES support for Deco.

I just updated my iOS and started facing the same issue. I wonder a company like TP link doesn't have this security level check. How were even this deco devices rolled out without such security check.

I don't even find to turn on the WPA3 toggle in the deco app like mentioned in the earlier comments.

We request the company to roll out an update for all the decos as soon as possible, else the devices will stop connecting this wifi network and it is going to be useless.

When can we expect to get this new update, right now you cannot connect to your ipad or iphone which is ridiculous.  You have known about this for some time, please supply us with a date when to expect the update.

@StormMJ Hi, what do you mean by: "all devices will stop connecting wifi network and it's useless"?

I have E4R + M3 and Iphone XR running on IOs14 and the only result of this issue is message "weak security" under name of Deco network in WiFi settings on my IPhone.

I can connect this network and it is running as usual.

Hello all, sorry for keeping you waiting.

We have released the beta firmware for the Deco device to allow you to change the security type now, please refer to the below post for more details:
https://community.tp-link.com/en/home/forum/topic/227662

Let us know if the issue is fixed or not, thanks a lot~

Thank you for the update, The manual beta upgrade sounds cool, but I think I will wait for the official release, that would be more reliable.

Would be awaiting for it.