I just set up an Archer C2300 v1.0 (Firmware 1.0.1 Build 20170302 Rel. 28711) as an access point off of a Motorola SBG6580 cable/wireless router. It extends my signal as I had hoped but I don't see a way to use the MAC filter for the TP-Link. I assumed that functionality would be controlled by the cable modem since I have had a whitelist set up and functioning for some time. However, I tested that theory by removing one of my phones from the whitelist on the Motorola and attempting to connect with the proper credentials and could still connect. I could not connect through the Motorola but, when in range of the TP-Link, the phone connected without issue. The MAC filter options don't appear when the router is set to access point mode. Am I missing something or is it just not possible to use a whitelist for the TP-Link in access point mode?
0
0
#1
Options
14 Replies
Posts: 626
Kudos: 4
Solutions: 0
Stories: 0
Registered: 2017-06-28

lemcs
LV1
2017-11-05 22:23:48
Posts: 4
Kudos: 0
Solutions: 0
Stories: 0
Registered: 2017-11-02
Re:Using MAC filters with TP-Link Archer 2300 as access point
2017-11-05 22:23:48
I have the Archer 2300 connected with a hard wire to the main router and configured to be used as an access point only. The Archer is working and I can get internet access through that router for all the devices that are connected to it. I am certain that is true since my main router has never delivered a wireless signal to the rooms upstairs and the signal is stronger there with the Archer installed. Because it is hard wired I do not have the MAC for the Archer in the whitelist (Access Control list) of the main router. All of that works. I can secure my network with WPA2-PSK+WPA-PSK security and that also works but I have always backed that with access control. The main router still functions using its access control list, i.e., if I shut the Archer off any devices that are not in the main router's access list are kicked off the network. With the Archer on any device with the proper network name and password are allowed access, indicating the access list on the main router is not used by the Archer. Since the Archer is in Access Point mode there are no options in the UI to configure further security - which means there is no place to add a whitelist. I had hoped the Archer would defer to the control list from the main router but does not appear to be the way it works so I am looking for a way to add the same whitelist to the Archer as I have configured in the main router. I just don't see a way to do that.
0
0
#6
Options
Posts: 763
Kudos: 3
Solutions: 0
Stories: 0
Registered: 2016-05-27

Page 22 of the user manual specifically says parental control, NAT and ,Qos not supported in access point mode is that what you are trying to figure out ?

That's what we're talking about. The C2300 does not exist in the menu. 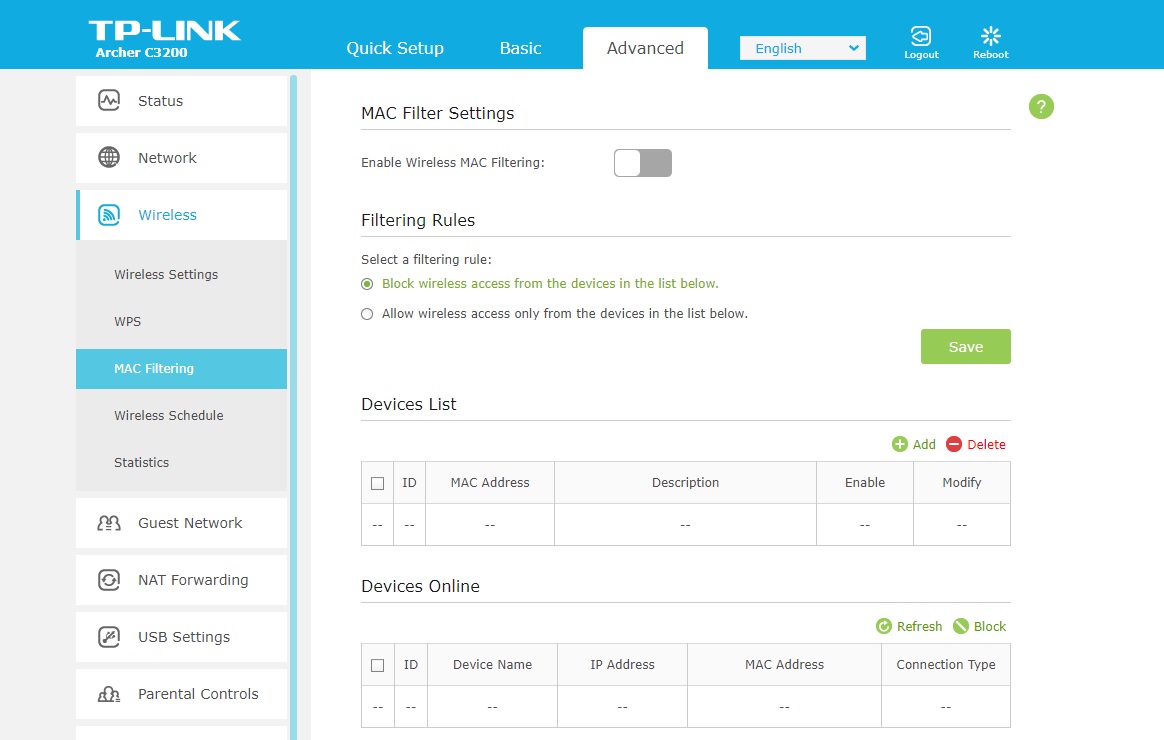 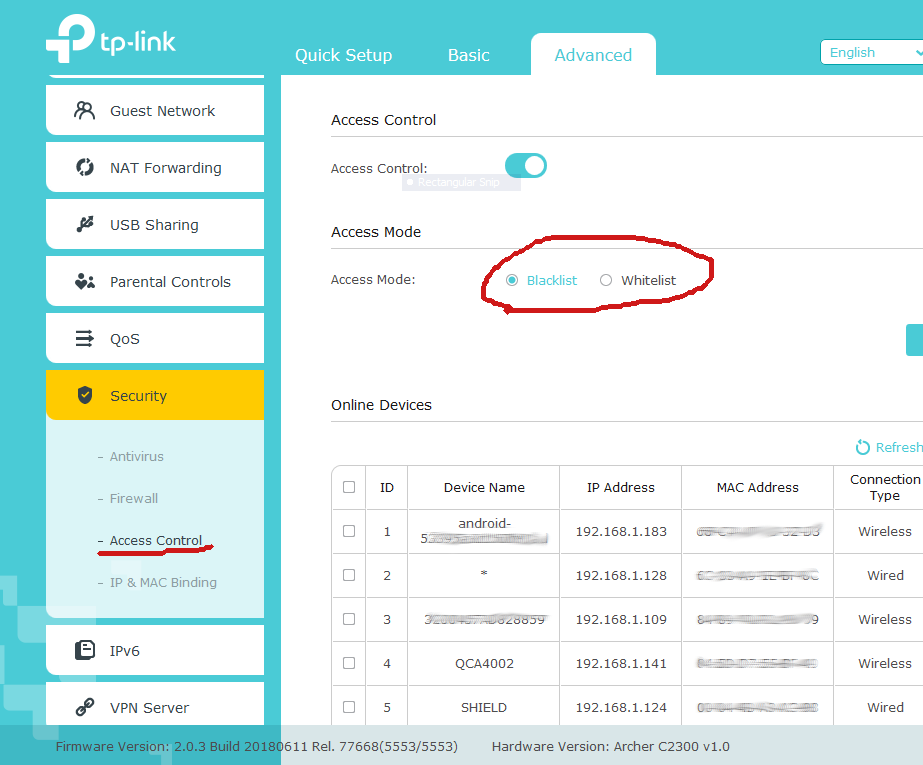