Lost printer server after Firmware update on Archer A7

I recently upgraded my firmware on my Archer A7 v5.0  to 1.0.11 Build 20190810 rel.50990(5553) and I seem to have lost my print server settings. All I see under USB devices is the file share settings. What happened to the printer control? Now my wireless usb printer will not print and will not show in the desktop print controller utility anymore. 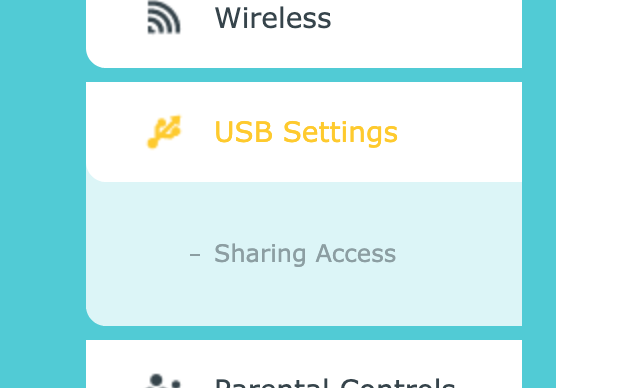 This is actually not a bug but by design.  TP-Link is acutally removing the Print Server feature from our product lines.  Its only true purpose was for printers without network connectivity.  If your printer has Etherent or wireless functionality then just connect it to your router via one of those methods and then search for a network printer to find and use the printer.  If your printer is older and only connects via USB then you would need to downgrade the software to the previous version to regain this funictionality.

@Carl Well that's unfortunate. I bought this device because of this capability. I use a label printer which does not offer networked printing and want to keep it centalized in my home. If TP-Link is no longer going to be supporting this type of feature then I'll unfortunately probably change to a different manufacturer that does. Thanks anyways. This router was a waste of money apparently.

Please bring this back, this is why i bought this router

Thanks for being up front about this in your response to Patrick, but, this decision sucks.

Removing a key feature that many of us relied on when choosing your product, is a surefire way to squander customer goodwill.

Why do this?  What did TPLink gain by removing our ability to use the router as a print server??

The Archer A7 Support page has a few versions of the firmware on it. You can try one of the older versions they have. I don't remember if the more legacy version they have available still has the print server option. Archer A7(US)_V5_190403 via https://www.tp-link.com/us/support/download/archer-a7/#Firmware

I solved my problem by just abandoning the router option and set up a cheap Raspberry Pi as a print server with CUPS. To make it easier instead of going through all the technical CUPS installation you can just use Chrome Cloud Print feature to link your printer to your google account; then just leave that pc running at home and no matter where you are, as long as you are logged into Chrome you can cloud print back to that printer. https://www.google.com/cloudprint/learn/

Honestly, the likely answer is comptaiblity.  A majority of printers on the market these days have some sort of network fuctionality, wether that be wireless or ethernet. I personally just picked up a wireless HP printer over the holiday for $25 bucks.  With these printers the print server feature is not needed.  It was typically only used to connect older USB or serial based printers that had no network function and make them network printers.  There were always compatiblity issues with printers too, so as these printers become used less and less in favor of more efficent and cost effective models the need for such a feature is less.

@Patrick0789 Oh you've got to be kidding.  I JUST bought this thing because our old router was having issues and this router has a USB port so I could plug my printer in.  I just set it up yesterday, got everything working right and saw there was a firmware update.  So I updated it and now nobody can print to our printer.  Anyone need a $50 brick?  Now I have to put the old crappy router back in and huddle for wifi bandwidth like cowboys around a campfire.  What firmware update REMOVES functions?  By design, my butt.  Somebody broke something and doesn't want to admit they screwed it up so now it's a "feature".

However, I did have to download (from the TP-Link center, on the page for the Archer A7) the USB_Printer_Controller_Utility_Windows onto my Windows 10 computer and install it. The web page shows a published date of 2017-12-25 for that utility. However once the utility is installed and running, the utility itself shows a date of 2012. So the utility is definitely a legacy program.

Once I installed that utility, my Windows 10 computer was able to see the printer atteached to the Archer A7 router and print to it.

Note, the Windows 10 computer already had drivers for the printer installed, because it had previously had that printer attached to its USB ports. (They are PCL 5 drivers that the computer chose.)

So it seems that on every computer that I want to use for printing to the printer that is connected to the Archer A7 router, I will have to first

(2) then plug the printer back into the USB port on the Archer A7, and download and run the Printer Controller Utility on the computer.

But the good news is that it is free and it works very well.