So I currently have two of these routers and use one as my primary router to the outside world and have it configured as a "router" in my basement.  I have a second router configured as an "access point" in my living room.  They are both hooked together via ethernet.

For the router configured as an "access point", there does not seem to be an option to enable "advanced" mode. I understand this for the items that only apply to the router providing DHCP (etc), but it would seem that you can not rename the router except if advanced is enabled and go to:  internet -> IPv4 -> internet -> advanced -> host name.  Since I have 2 of these routers, I wanted to rename each something like "basement_archer_a7" and "living_room_archer_a7".  There may be other options, but this is one I was looking to change while it was in "access point" mode.

For question 1, you could possibly reserve the address on the AP inside of the main A7 so you can customize a description. 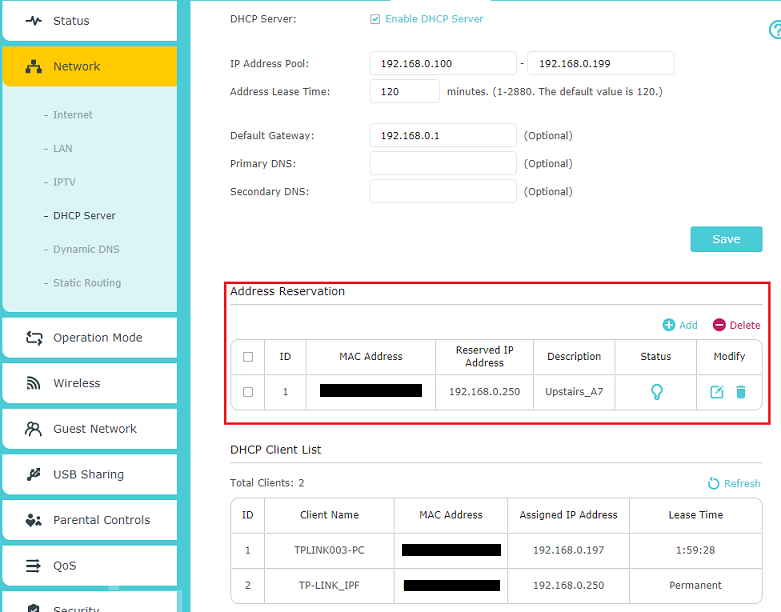 For question 2, you would reference the shared name indicated in the USB settings. If there is no USB drive attached to the router, you would use the IP address to get to the router login page. 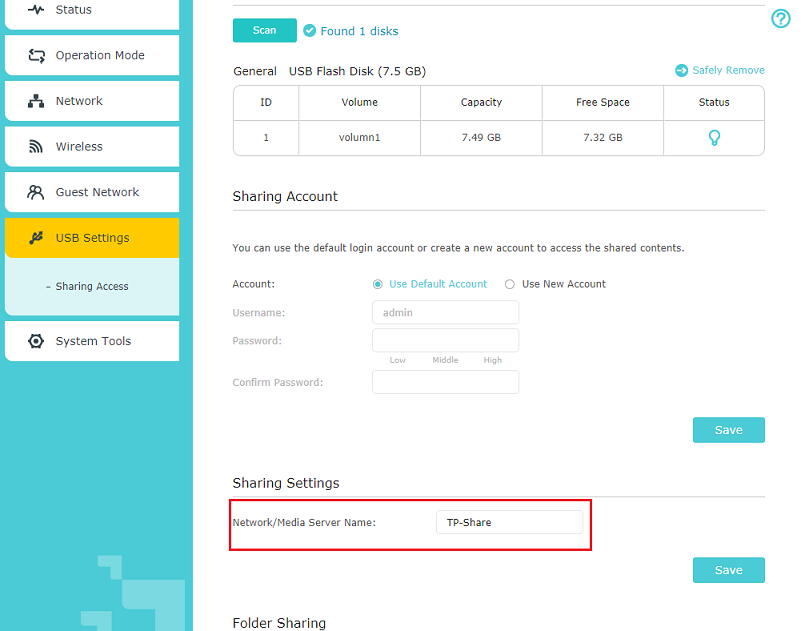 @Tony, thank you for taking the time to reply to my question.  Let me see if I can show you the current state ... something is still not right. 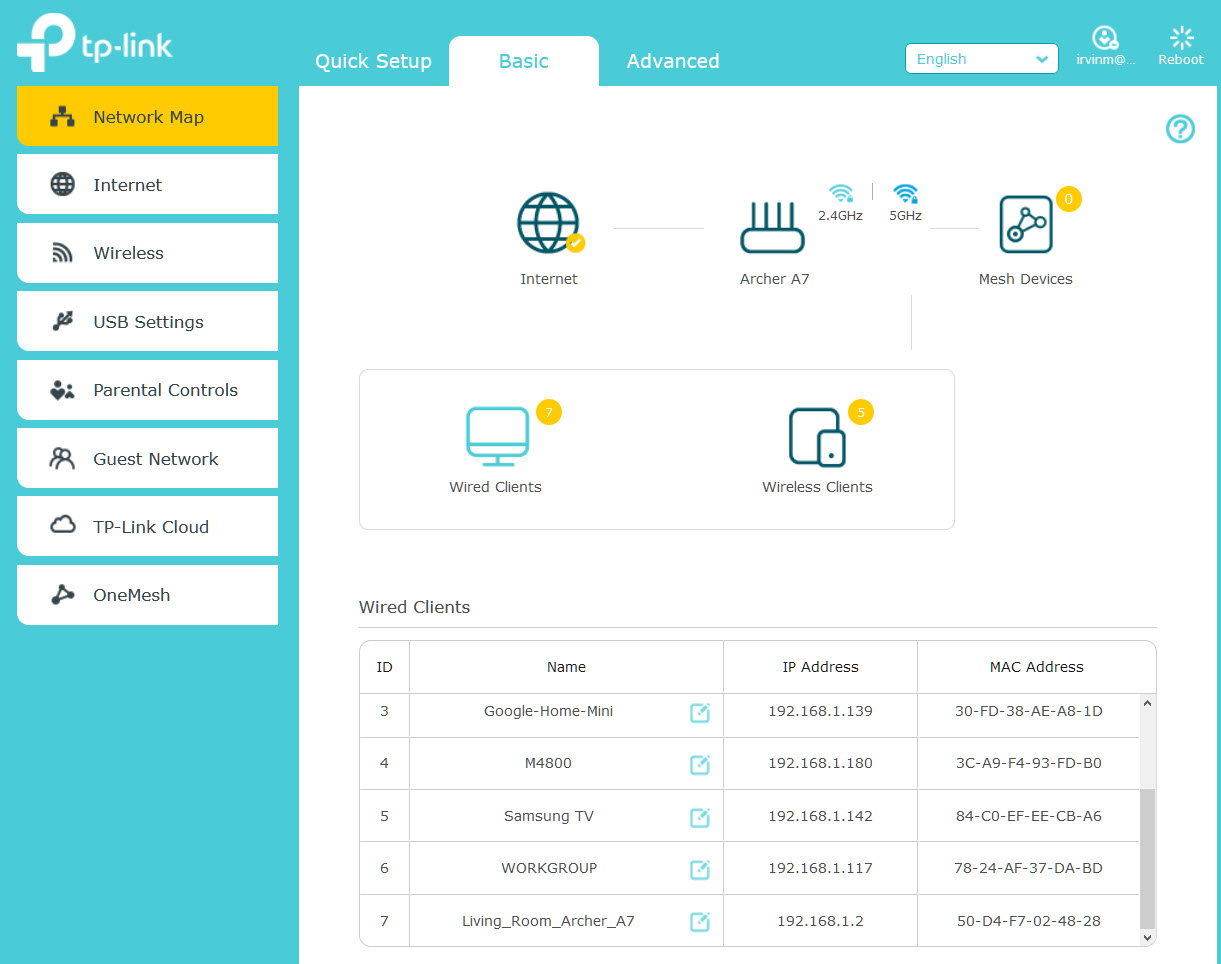 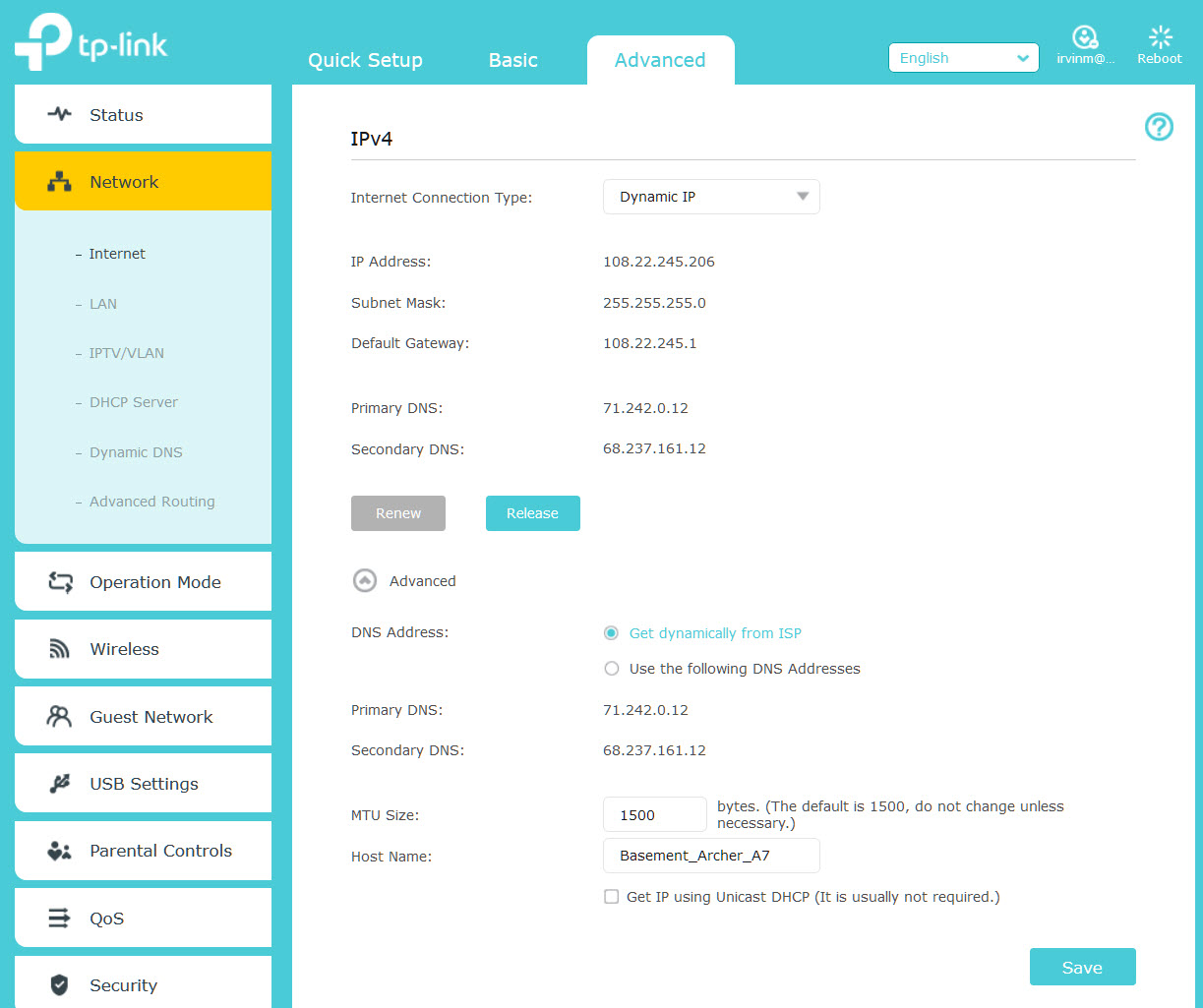 Now, when I go over to the access point I can see it can see the main router named "Basement_Archer_A7". 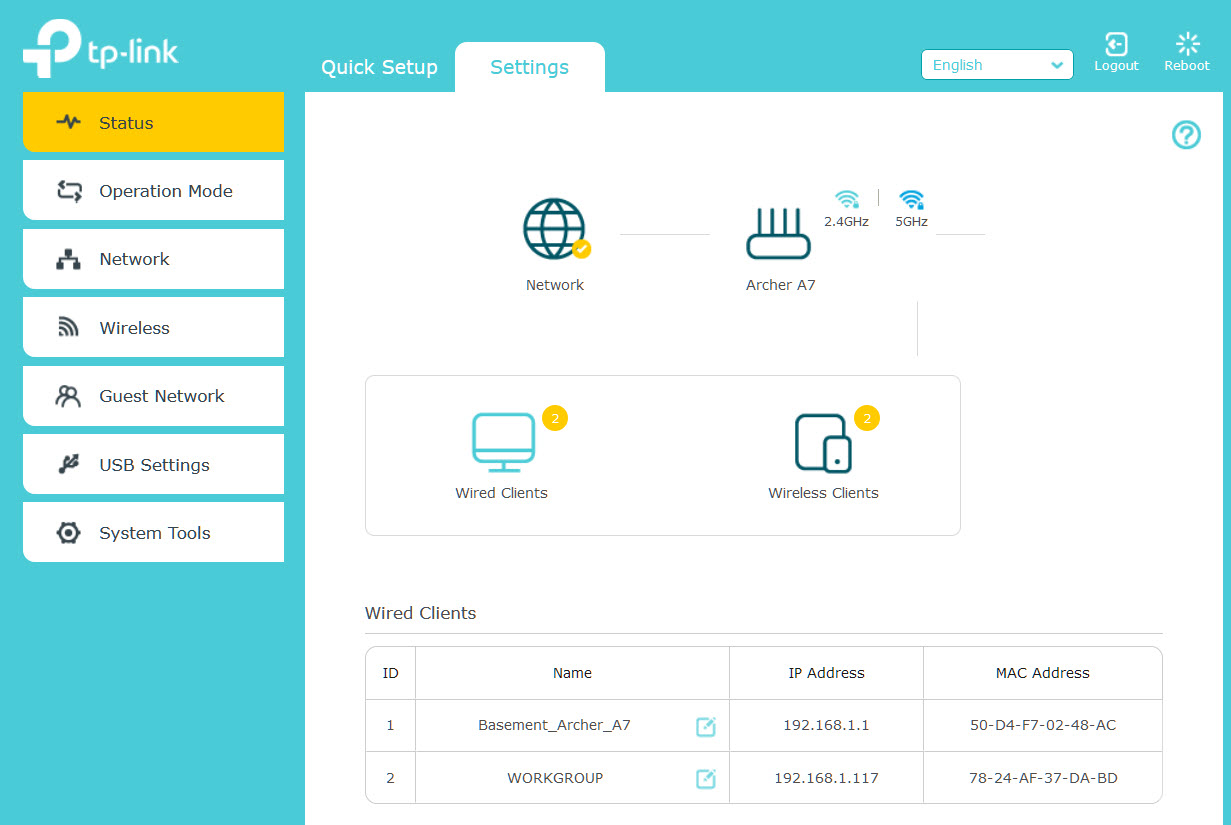 However, when I look at the routers via the tethering app on the phone, the names are not the same.

But when I click on the one listed as "archer_a7", it clearly then lists it as expected.

As for the second question, I just would have thought there would have been a DNS entry (name) for each of the routers which could be resolved back to 192.168.1.1 and 192.168.1.2.  It would be nice to be able to store a router name and not worry about the IP address for things like password management or using ping.  I guess I would have thought that name would be based on the previous question.  (Using the default values that you would be able to do a "ping archer_a7" to ping the router)

I have a update regarding the host names and the Tether names.

As far as the hostnames, the routers are not be accessed as they are not supported in order to get to the router admin page.

With the Tether app, you will need to modify the name manually by accessing the device, tapping on the router image, then editing the name. 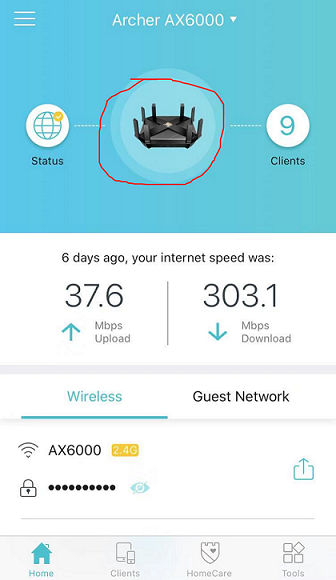 That is understandable about the host names, so thanks for clarifying that.

In terns of the router names, what you described is what I tried to do.  I used the tether app, clicked on the router name, edited the name, and saved it.  As you can see, one was updated and the other was not.

Log into the Wi-Fi of the living room A7, then open up Tether, and make the change.

@Tony I spent some time today to try this out.  I first tried using my phone, connecting to the living room A7, editing the name via the tether app.  I could see the name update in the app, but when I went back to "My Devices", it still showed the default name.  Just for kicks, I tried it the other way as well.  I connected to the basemet router and repeated the process and got the same results.

There was a known issue about a year ago where modifying the router names only saved locally on the mobile device, and didn't take affect on the router itself.

In your case it looks like no matter how you change it on either end, it does not show correctly.

Have you since tried reinstalling Tether, and still have the same issue?

Also, what is the model and software version of your smart device?

@Tony sorry for the late reply as I missed the email. :)

So I uninstalled the phone app (Samsung Galaxy S8), reinstalled Tether and I was able to make changes to the router names and everything worked!  However, before claiming victory, I saw that both routers were obviously listed as "local".  I then used the phone app to logon to my TP-Link ID to enable cloud management and once I did that I saw the router that would not change reverted back to the default "Archer_A7" in the device list although when I click on the router in Tether is already shows "Living_Room_Archer_A7".

I also then logged out of my TP-Link account and it reverted back to the proper names and local devices. 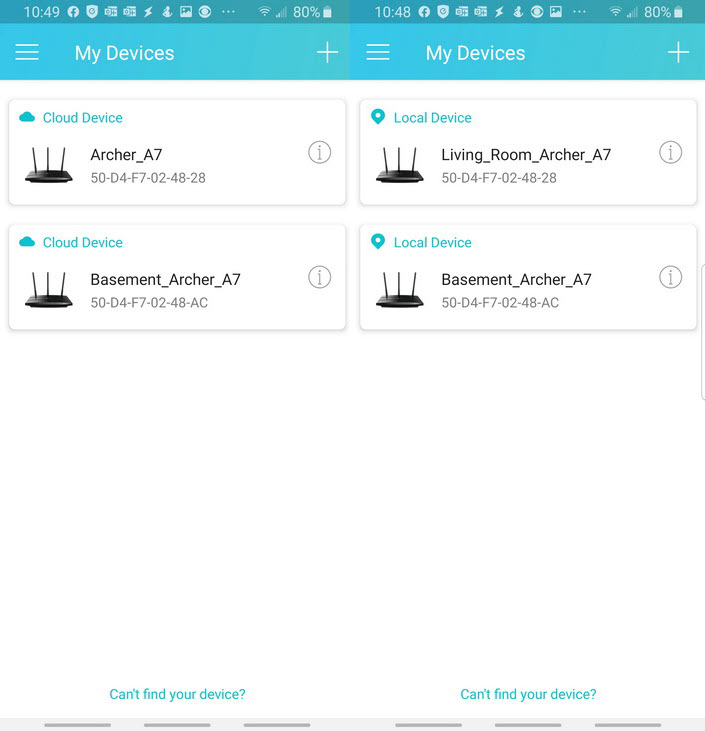 I followed up with HQ, they have forawrded this situation back to the R&D engineers to look at correcting this as the names are not synching as they should. In the mean time the names will need to be modified on both ends.