I was disappointed to discover that the help items to the right of fields in the Advanced view are gone.  Removing these easily accessible help items probably made your maintenance easier but at the expense of making the product more difficult to use.  You should bring these help items back.

Meanwhile, is there a PDF file that contains the help items?

Still is a BACKWARD step to remove direct help from the application itself.  We are in 2022.  People should be able to see help directly while working in the app, not have to open up an outside doc that may not be in synch with what is in the app.  They can do help on the right side of the app as they used to or support mouse over or right click assistance.

Are you in the US or somewhere else in the world where you bought the router?

If not bought for the US in the US, then there are forums and support areas for TP-Link. for instance in the UK, there is this link for the router, https://www.tp-link.com/uk/support/download/archer-ax50/#Firmware, and only a V1 is listed there, not a V1.7?

It is possible I am wrong as I'm going by the TP-Link web site and one of them has not been updated, as none lists you s/w version?

I'll assume the router model is right but you are NOT in the US or UK?

It is also quite possible there was no Translation to the country it was purchased in, so it wasn't included in the F/W download?

I agree, it should be there, especially for novices who never used a router before. Me, I have never looked at possibly with the exception of a few non-standard things like the Security app included in the router (to see if I'll be charged or if I could turn it off).

This is TPLink.  Why are you surprised? LOL 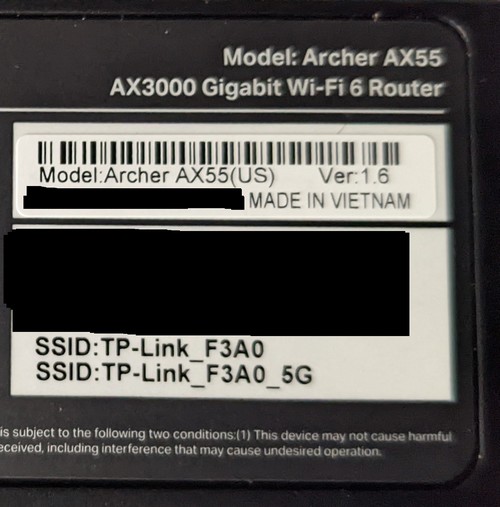 You do have a V1.0. The next digit was on the firmware.

Usually that is listed differently, like 20210623(UN) or on the Advanced, System, Firmware Update page as :

I looked at one of the emulator's, and that has no help either... something you'll have to ask TP-Link (I am not TP-Link).

I suspect they couldn't fit it into the F/W or they forgot?

These model numbers suck from TPLink.  They use them to end support.  In my case, at soe point later in the year, they will release a model v2.  Then v1. will lose support.  They did this to me on the AC1750.

As for the lack of integrated help info, I am sure they removed this item help because it was cheaper and easier to maintain by doing so.

From what I know, the Version change is due to a design change, that is different components used. That requires different f/w due to that.

Possible due to the age of V1 it might not be updated, or, it doesn't need to be?

I suspect that the original AX-55 f/w didn't have HELP either? If it did, it probably would have been included in later version of the f/w. Heck, even if some places it was wrong or lacking, you'd still have help for a majority of functions I'd think?

Suspect real reason is lack a RAM to hold it...

Only TP-Link would know for sure.