I want to replace a switch. The two on the right operates a ceiling fan and its light. The switch on the left I have no idea what it does. I tried other lights  near by and have no idea what the left one is for. I only use the ceiling fan switches on the right side. Do I have to get a  three 3 way switch for this? And would I only need two Kasa smart switches, or do I have to use three olf them Could I use a standard switch for the left side or does it have to be a smart switch also? The only switches I see on amazon come only in a two pack. I attached a photo of my current switch. Thanks in advance. 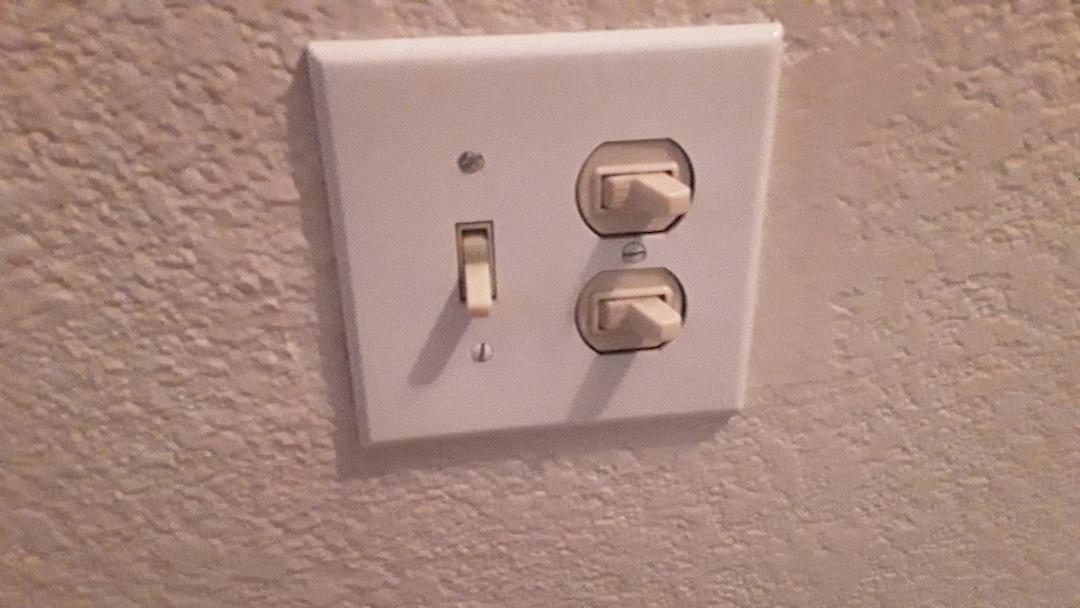 @Frostbyte Interesting! Have never seen such a set-up!

The first question would be - is it possible the switch on the left is a 'master' for the other two? i.e. Does  the light and fan still work off the two fan switches if that left switch is off? Just a thought, if you can't seem to find what it operates.

The other possibility is that it might be for a receptacle - it is not uncommon for a wall switch to control a receptacle which would have typically have a table lamp connected.

So check nearby outlets with a lamp to see if that applies i.e. turn on a lamp and then plug into various local outlets and test the switch (be sure the lamp is already on though!) And be sure to check both the top and bottom positions of each outlet - often the switch will control just one, while the other is constant. (another good example of this would be the outlets under the Kitchen sink - one is operated via a wall switch for the disposal and the other is independently 'live' for the dishwasher)

The Fan/Light switches - unfortunately Kasa does not make a Combined Fan/Light Dimmer Smart Switch (nor even a standalone Fan Speed Controller).Kasa has a Light Dimmer, but this should not be used for Fan Control due to the much higher load that it is required to dissipate.

There is another commonly available brand on Amazon that has a composite Light Dimmer/Fan Speed control - that single smart switch module would replace both of the right switches and give you Smart control of both Light (with Dimming) and Fan with 4 speeds. I use that one myself in the absence of availability of such a unit from Kasa.

For the one on the Left, well it depends on what YOU want - it can remain as a non-smart (dumb) switch UNLESS you WANT it be Smart - and that will ultimately depend on if/what it controls. Either way, you might consider to replace the left switch with at least a Decora style which is going to look more attractive side/side together with a Smart Decora Fan/Light switch. But even if you don't care, you can leave the toggle switch and buy a cover plate that has one toggle aperture and one decora aperture.

But - before you get too far, at least pull the cover and the switches out of the box (but do not disconnect yet!) and be sure you have Neutral available.

If so, take pictures of the wires connections as-is before you remove anything, for your reference.

@Bethel.8009 Hello, thanks for replying and helping me out here. I tried everything imaginable, tried a lamp like you mentioned and other switches through the house to see if it was connected, and cant find anything. I did update my photo and ther eis a switch to the far left that operates two hallway lights.  But again, I tried turning the switch on and off and it doesnt effect the hallway lights neither.I am not sure I can use it with a smart setup anyways beause it has two switches on the right. The kasa only has one and I dont see anything they have for a ceiling fan/light combo. Thanks again. 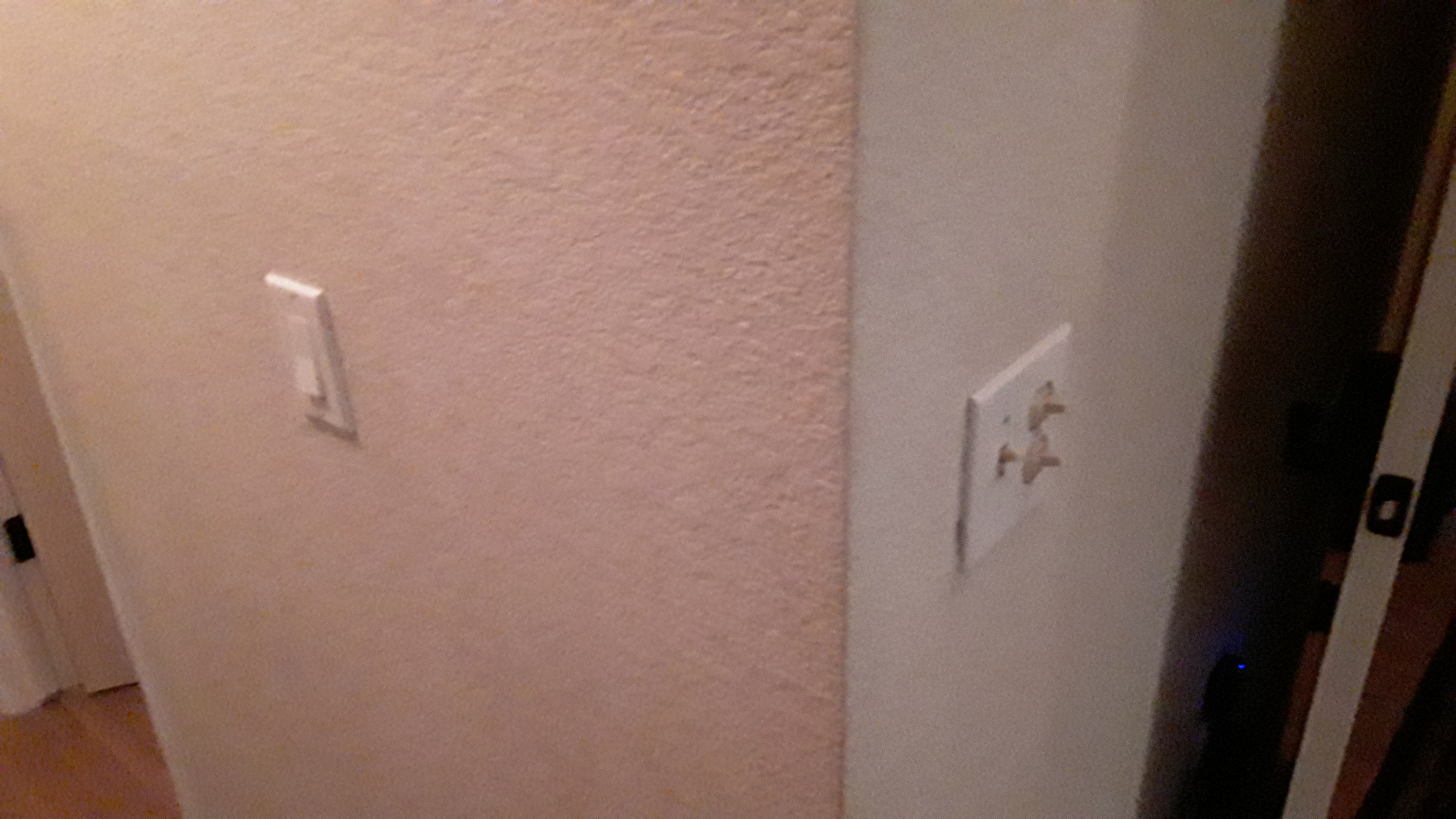 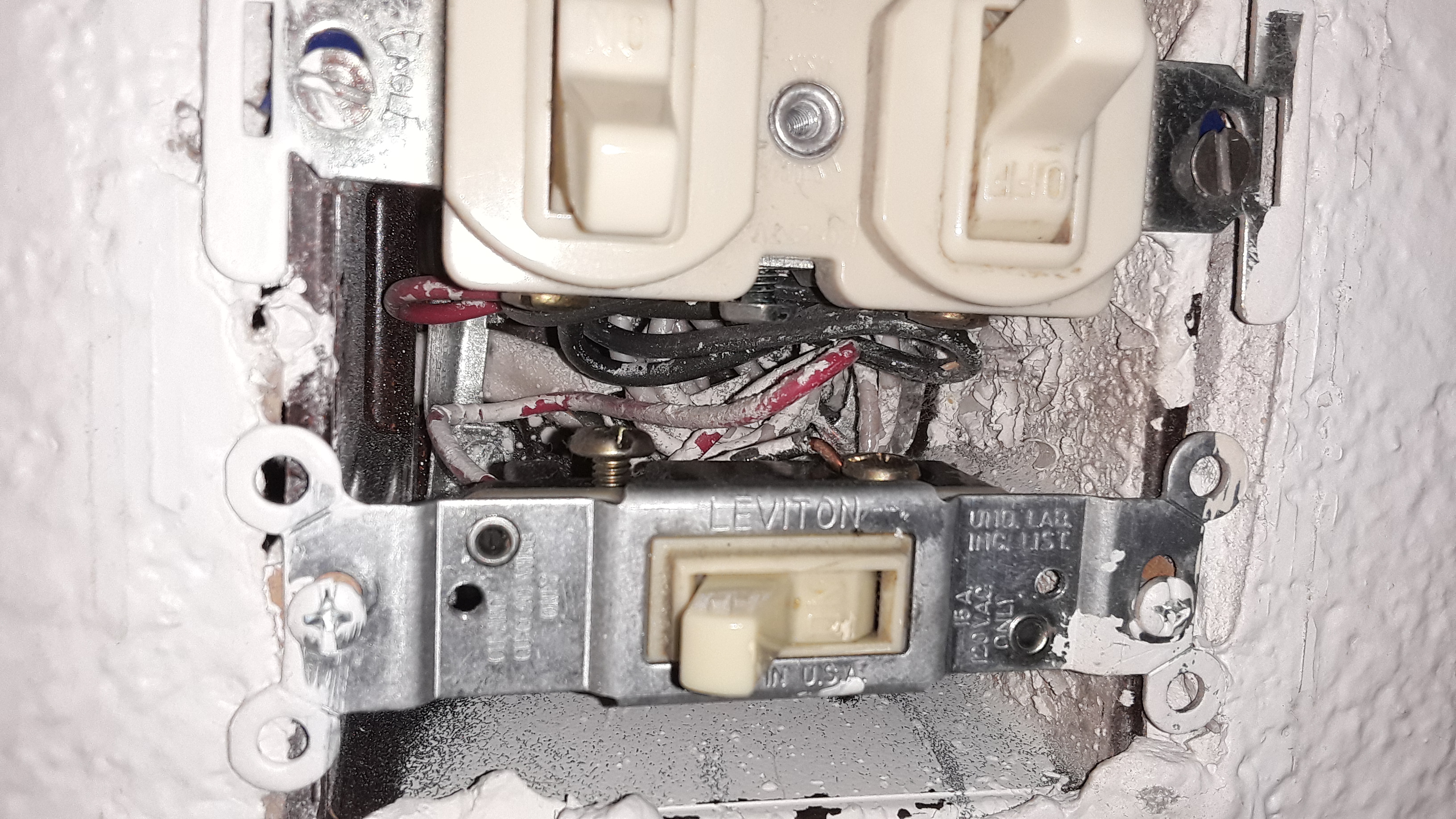 @Frostbyte Regarding the switch on the left - it appears to have a red wire going to it? That could possibly suggest it is indeed a 3-way switch (I can only see the terminals on that right side of it - is there another wire connected on the left side of it?)

It may well be a 3-way switch - and it's possible that when that switch around the corner was connected (since it looks newer) is the other end of that circuit and it was not wired correctly for a 3-way circuit.

@Bethel.8009  Yeah it looks like a red wire going to it. It also has a looped wire i think its a jumper. I pmed you also. Thankyou.

This is the best explanation I can imagine! I had learned this years ago and needed a refresher. This was perfect! Thank you so much for your effort.