Mixed Use of Powerline and Extenders

I am trying to improve the wifi coverage in a church, so a large building and part of it is very old, and stone, so not friendly to wifi.   The route is unhelpfully situated at the end of the church / hall complex.   I have finally found sockets that powerline WPA4220 (cloning SSID & pw) will work that get about half the complex (hall and rooms) covered and an ok Wifi signal that pushes into the church itself.   the electricity in the church seems to be on a different circuit ( powerline led lights but no internet ).   I had hoped then to pick up the Powerline signal with wifi extenders to strengthen and enlarge the wifi signal in the church itself but having tried several times I cant get the RE200 to properly repeat... it connects with a decent wifi but no internet.   I am guessing but perhaps becuse the re200 is not connecting to the router that makes a difference.

The Church is stone and more than a hundred years and built to last several hundred more.   The hall is on the end of the church and so the wifi signal just does not get through the stone walls which is why the powerline getting the broadcast from the WPA4220 sort of half way there is s big plus but a pure wifi solution won't get there.

- Is it possible to daisychain from a powerline wifi extender to a (or more than one) wifi repeater and if so what might i be doing wrong?

- Am i going about this the wrong way?  is there a better solultion, other than obviously cabling ( that is problematic in an old listed building)

Thanks for any help.

the SSID of the power-line is the same as home router, right?

And normally it is fine to use the range extender to extend the wireless network of power-line adapters;

After you set the RE200 to the power line adapters, would you see the 2.4ghz and 5ghz lights lit up?

But sometimes, since there are two same networks, the range extender might keep switch host networks which might cause some problem.

Could you please roughly draw a picture of how you place the router, power-line adapters as well as the range extender and the approximate proportion?

Hi and thanks for the reply.

2 Photo below of plan.  Old stone church and newly built extension.   The modem/ router is placed, unfortunately in the new extension and the stone walls of the church pretty much block the signal.

4 when I try to place the RE200 where noted to hopefully pick up the Wi-fi from the wpa 4220 and extend - both 2.4 and 5 leds light initially but then only 2.4 remains ( does the wpa 4220 do 5?) but I can't actually get an internet signal when connected to te RE200.  So will an extender rebroadcast a signal received from the powerline ... not the modem ( because of the stone walls I don't think there is any Wi-fi connection between re200 and modem router)

5 ideally I would like to add a couple of extenders to complete the Wi-fi throughout the church but as I can't get the RE200 to give me internet connection despite being apparently connected I run into a brick wall and I already have the powerline at the extremity of the circuit and as close to the old church as I can get the circuit that the modem/router is on.

i hope this helps with the information as to the problem. 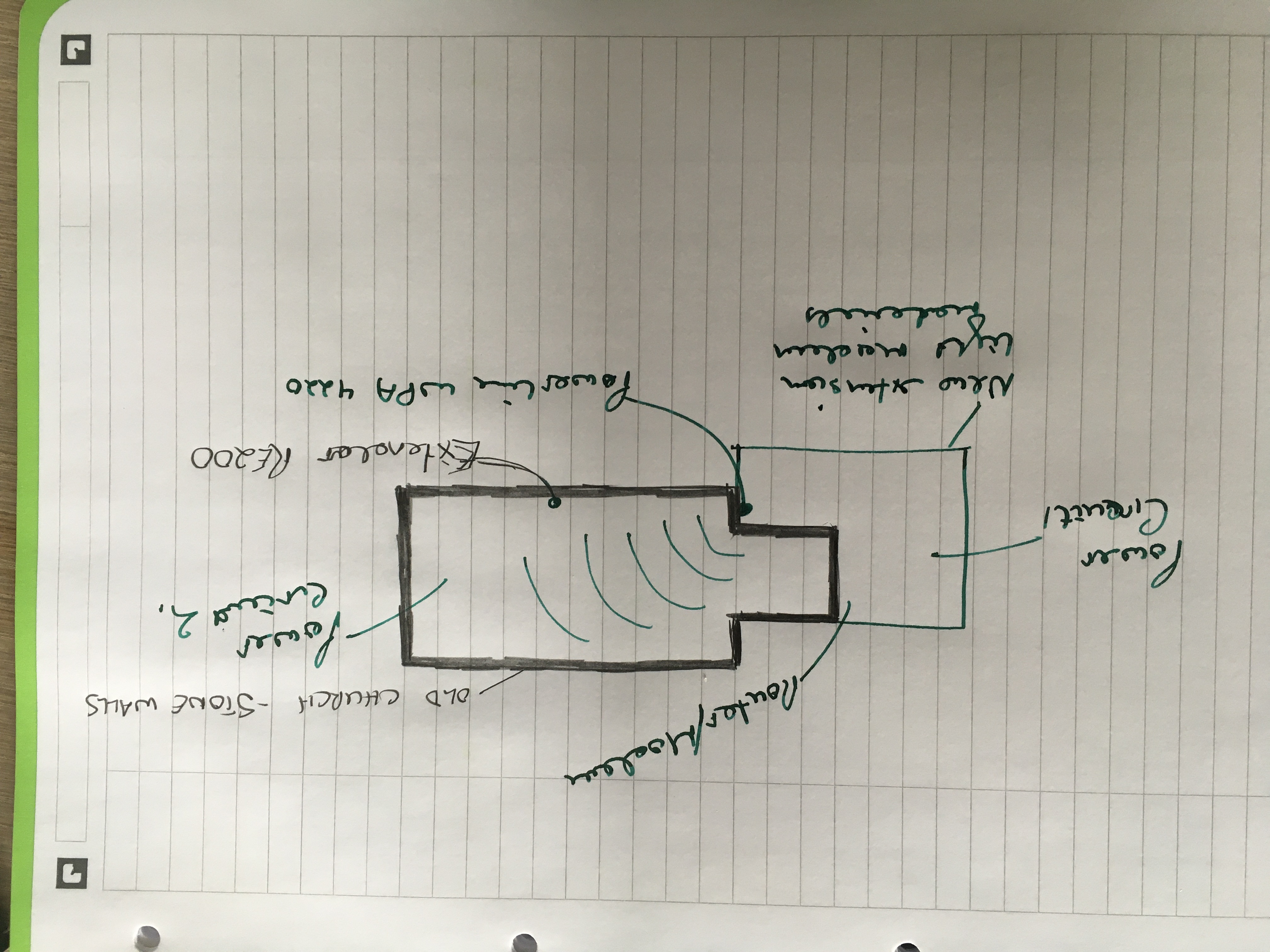