Connecting a switch to the VR2800

I have more wired ethernet devices than there are ports on my Archer VR2800 so I have used it with a switch connected to one of the VR2800 ports, and the surplus devices connected to the switch.

This was working fine for the first six months or so but now all the devices on the switch are offline and do not show up on the network.

I searched the forum and found someone else with a similar issue who said that replacing the cable between the VR2800 and the switch with a crossover cable solved the problem for them, so I bought a crossover cable and have connected this now but this has made no difference.

If anyone has any other ideas to try to resolve this please let me know. I guess "buy a new switch and swap that out" is going to be the next step if no-one has any suggestions relating to the VR2800, but I hope the switch hasn't died after only six months' use. (All the switch's lights still come on and flicker as normal by the way.)

To add to my own post, I have just tried swapping out the switch for an old switch I had which was slower (10/100 rather than 1000Mbps) but otherwise working before I replaced it. I still have the same problem. This makes me think the problem is with the tp-link Archer VR-2800.

Can anyone suggest what I can do to get all the items on the switch to be successfully online through the VR-2800?

I've made a diagram to help with understanding the problem - hope it's useful. Computers 1, 2 and 3 can all see each other but cannot see Computers A, B or C. 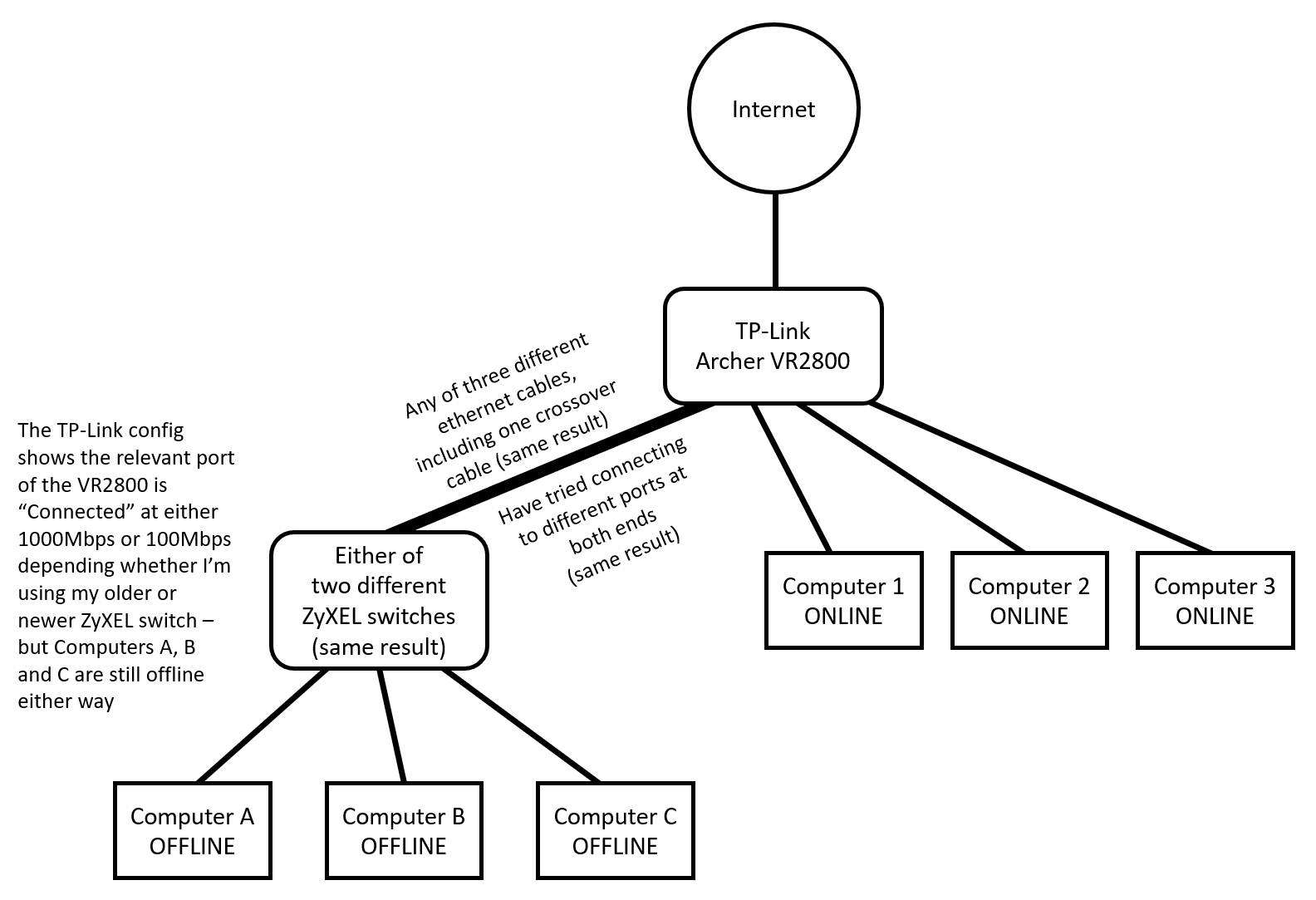 Hi, Could you please provide me a rough diagram of the network system of the VR2800 as well?

What is the model number of your network switches?

And it would be highly appreciated that you could provide more details about your current issue;