Hello we have a configuration in which one of our HS210 switches is not functioning as expected. When cycling from the off to the on position, the unit clicks and then returns to its off state. The other unit functions perfectly in response to voice commands as expected. We are also seeing some LED light bleed from the fixture that the switches control that was not previously observed with the old switches.

The dumb duplex Switch controls another light fixture and a fan in the same bathroom. It functions as expected, but I am including it as it serves as a bridge to deliver power to the secondary HS210 that is not functioning as expected.

I did have a miswire situation on the first attempt. The HS210's produced a lot of flickering and switching. I am wondering if the error we are seeing now is due to damage, or if we can improve our wiring situation. A diagram is included. TIA! 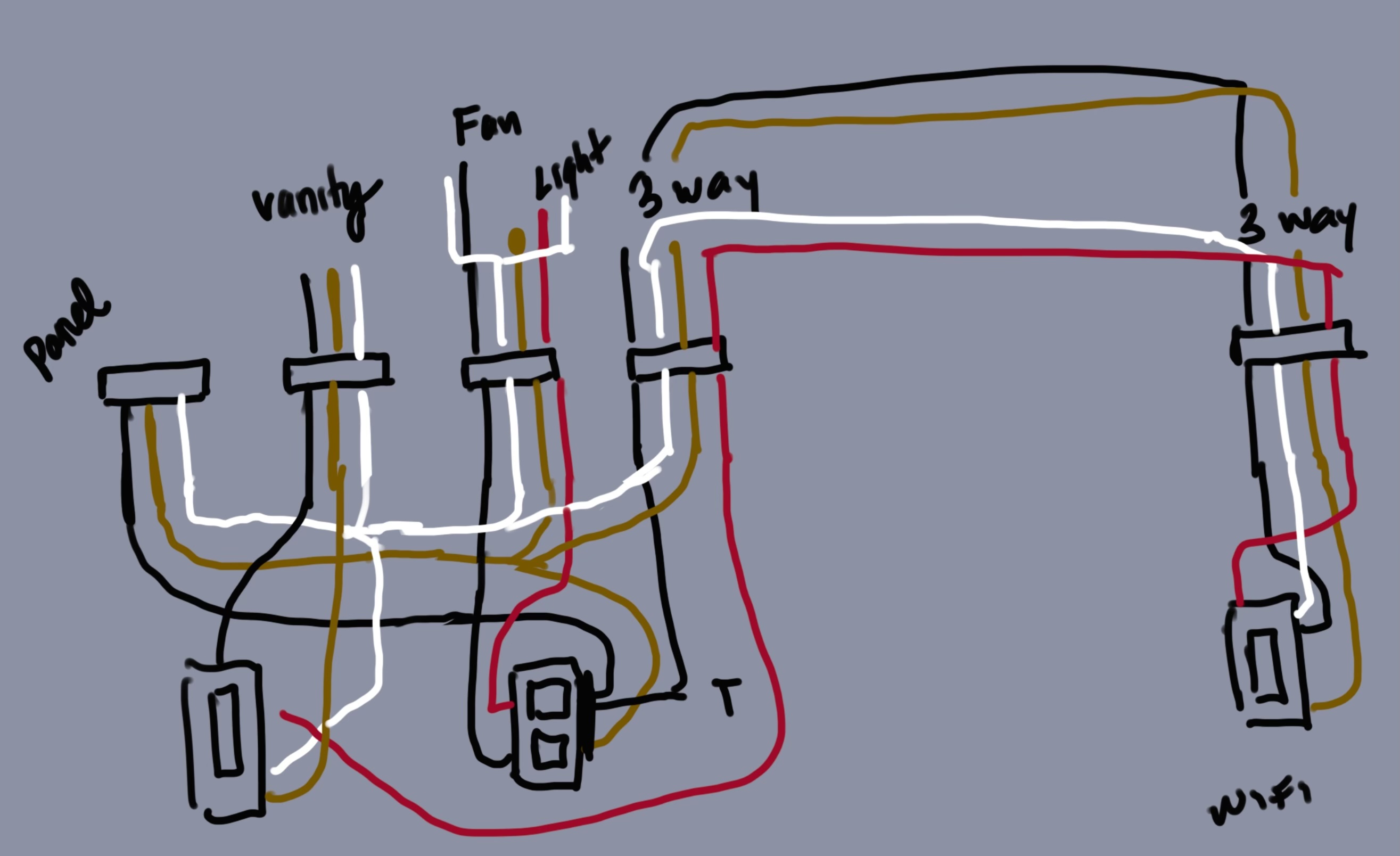 @Sillyxwabbit Hard to be sure, but my first reaction is that your wiring diagram isn't correct.  It does seem to show hot (black) and neutral (white) at the wifi switch box as is needed, but if tan is supposed to be a traveller it shouldn't be common nor come from the panel.  If tan is ground you don't have enough wires in the wifi box - you need hot, neutral, and two travellers.