This thread has been locked for further replies. You can start a new thread to share your ideas or ask questions.
Archer AX6000 slow speeds
Posts: 2
Helpful: 0
Solutions: 0
Stories: 0
Registered: 2022-02-06

I first want to preface this by saying that I am not an IT person so my understanding of the nuances of tech is a bit parochial.  Second, I do know enough to have set up several home and office networks in my time so I am not a complete noob either.  This issue is frustrating me and my wife who works from home and is routinely being messed up by slow speeds.

I recently purchased this from Amazon after my old TPLink router died.  I bought this one because it had the 8 ports and was essentially a router/switch.

My ISP is Comcast 1.2 Gbps connection (I routinely would get 900 Mbps with the old router on the PC)

I have an eeros mesh system in the house that would get about 250 Mbps on the wireless with the old router.

I don't run any VPNs or anything.

My home PC, xbox, and TV are hardlined into the AX6000 as is the eeros system.  I have tried three different internet speed tests on my PC and they all come back at between 700 and 950 Mbps.  When I do it on my phone on the eeros, it comes back at only 54 Mbp (my old router would almost always hit 250 which is the max for this eeros system).  It comes back at about 60 when I am on the AX6000 wireless (my old router would always hit the 250 mark as well).

I have done all of the suggestions on the forum for the speed improvement such as the QoS manual adjustments, 1000 Mbps duplex, and security removals but this didn't change anything.

I also am seeing my xbox controllers appear on the hardline list and my kids are telling me that the controllers are acting funny.  I am not sure what the heck this is about or if it's related but I wanted to include it.

Edit:   I wanted to include some other oddities here.

My phone is connected to the AX6000 wireless and it does not show up on the wireless clients.  My laptop does.  No idea why but I have internet access on my phone. 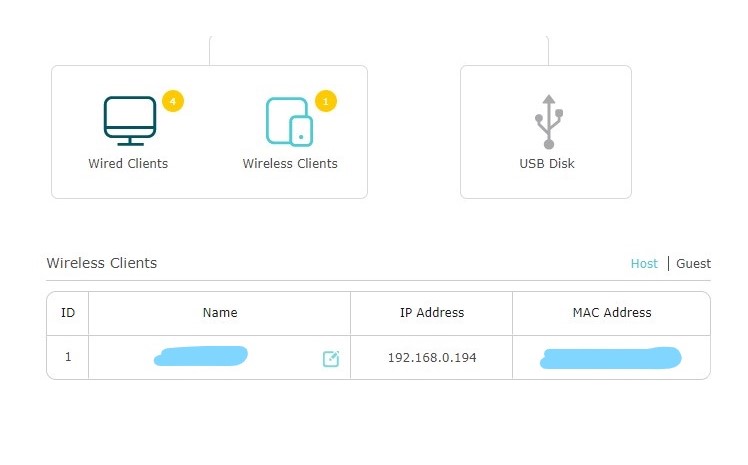 Also, The wired clients on the system are odd.  I have no idea what the "unknowns" are but I suspected they were the xbox controllers but I am not so sure of that now as the system is off but the unknowns are still there.  The laptop is my wife's but she is on the eero mesh but showing up as a LAN connection.  Her laptop has no ethernet port so that is strange.  My mojo isn't nearly good enough to figure those IPs out.  The only way I know how to do it is to look at the IP or MAC of the device itself but that device has to be in front of me. 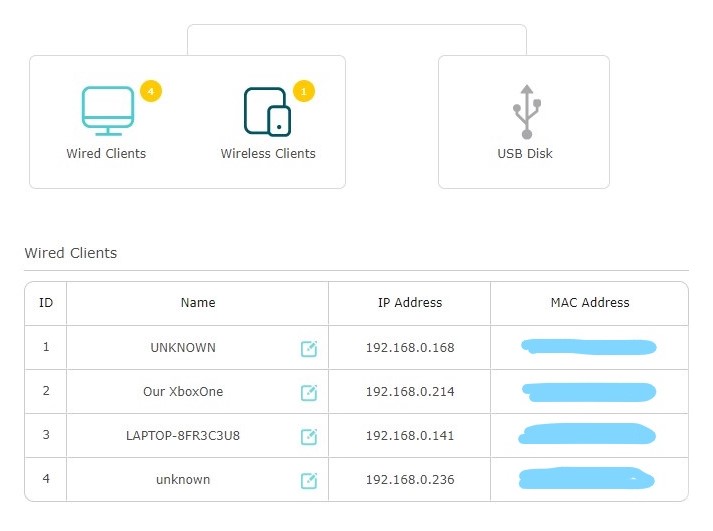 This is a shot of the priority settings.  I have no idea why my wife's laptop isn't there but the others are.  BTW, I did not name any of these. 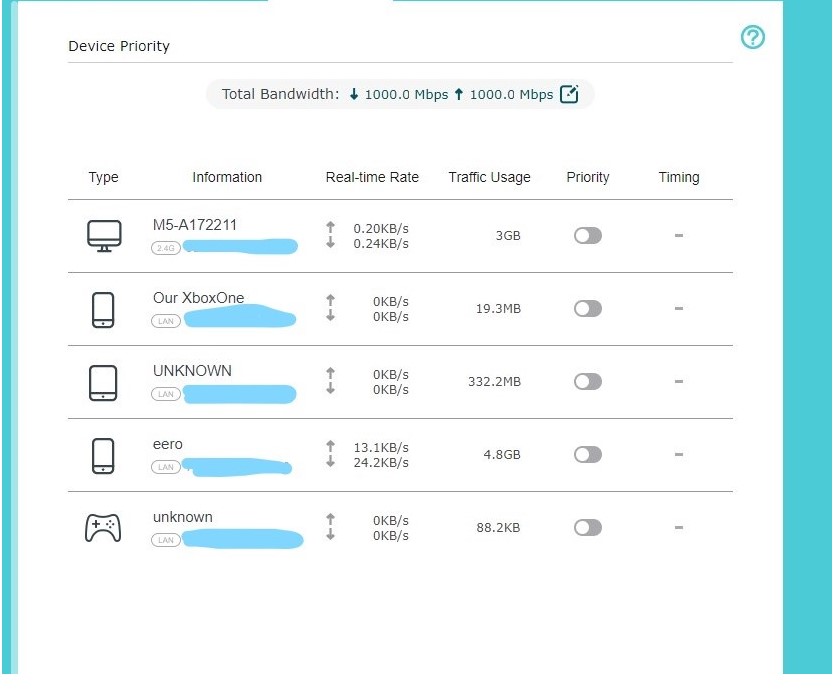 Hello @Annoyed314, thank you for reaching out to us and welcome to the TP-Link community.

The build-in speedtest result may not be accurate as it connects to a speedtest server automatically, which may not a good one in your network, so please ignore that. We can focus on the speedtest on the client devices, which is the actual speed you are getting from the network. Is the network layout as simple as below?

What is the actual speed you can get if you connect a computer directly to the Arris surfboard SB8200 Docsis 3.1 modem? Can we have a result?

If that is normal, we suggest removing the Eero system from the AX6000 network first and connecting the computer to the AX6000 to be sure you can get a normal speed. If not, we suggest resetting the AX6000 to factory defaults, reconfiguring it from scratch, don't modify any advanced settings, just setting up the internet access on it, then test the speed again.

Regarding the wireless speed on the phone, is it connected to the 2.4G or 5G network? How about other devices, are they all getting slow speed when connecting to the AX6000 wireless network directly? Please run a Wi-Fi analyzer on the phone or laptop to review the wireless network around you, then choose the best one (least congetsted) for both 2.4G and 5G, then monitor the speed again.

Happy New Year! Meet Us at CES 2023 | Featuring Wi-Fi 7, EasyMesh, Matter, and a New HomeShield Security.
0
We appreciate your feedback. Feel free to let us know more. Log in to submit feedback.