I am trying to install the HS200 in my home.  However the location where I am installing it at is at the end of a 15A breaker.  In other words there are other lights on this line.  I can't see the ground wire but can ground to another light switch in the same location.  It might not be the right thing to do, but it will work.  Also from what I can tell the instructions show to create a loop with the HOT (or black wire).  If I am at the end of the line and I DON'T do this, will it be a problem?  Should I just cap off the extra black wire? 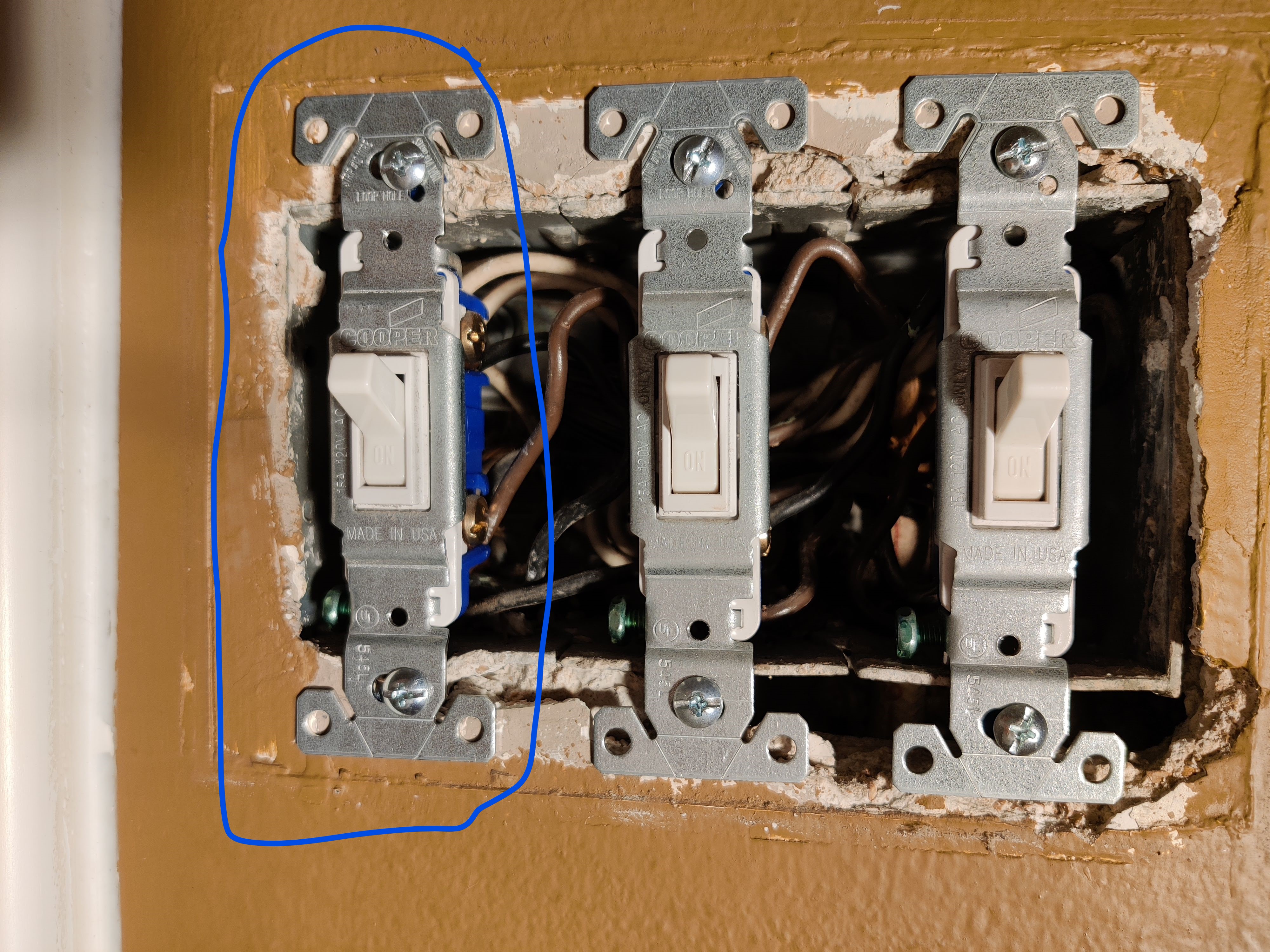 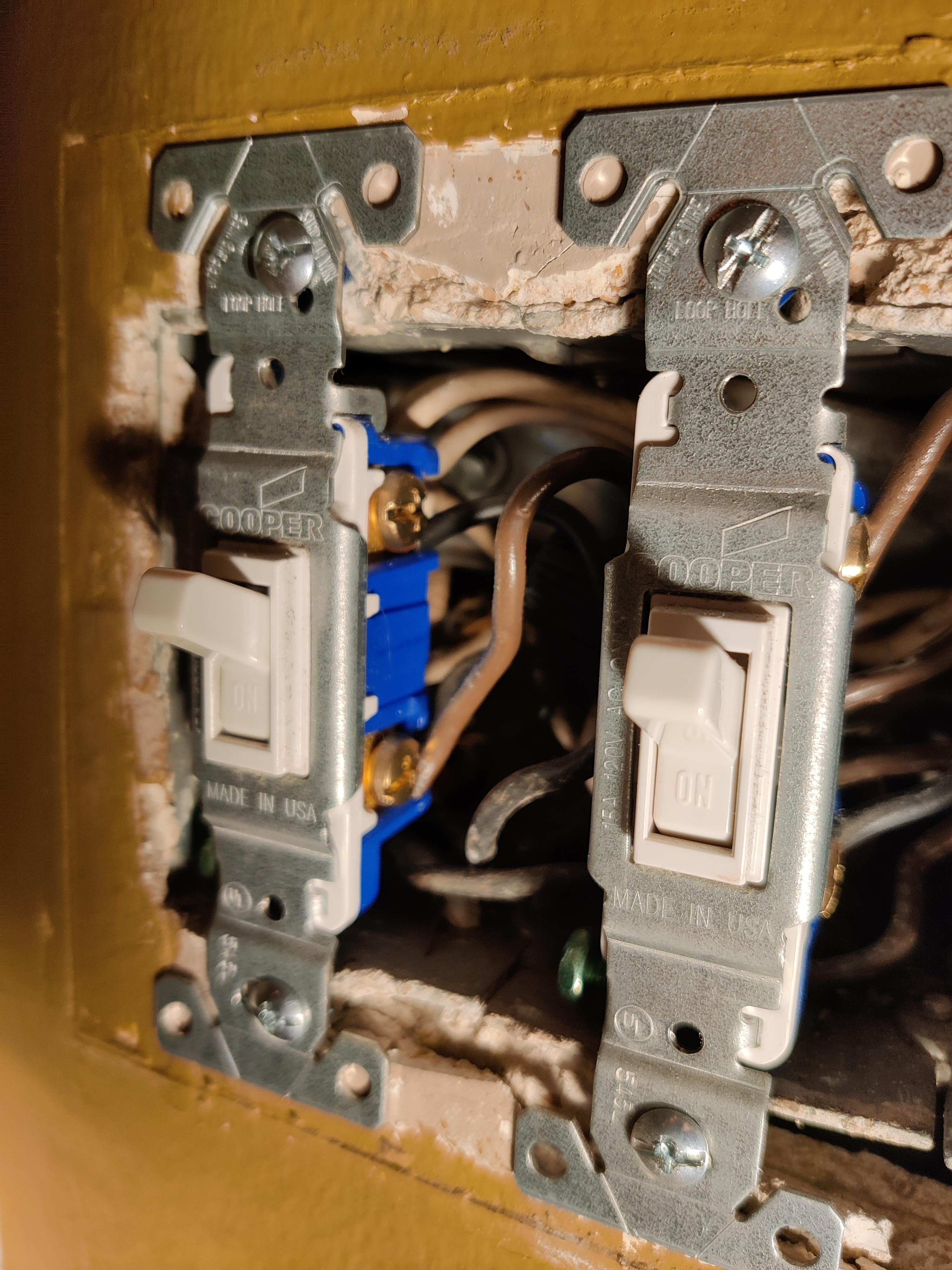 @andrewm659
P.s. to finish it up, you are either going to need a hybrid combination decora/toggle switch plate,or perhaps better, convert your other two 'dumb' switches to decora style (or even get another couple of SMart Switches for those) 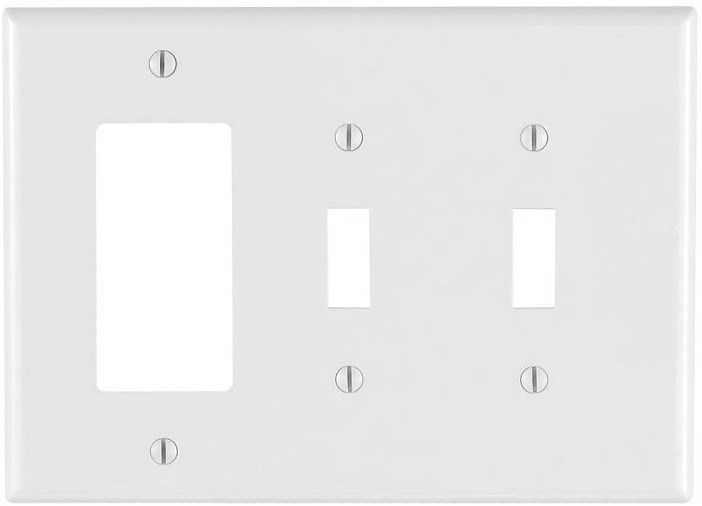 An initial caution - ensure all the circuits controlled by those three swicthes are isolated by their respective breakers, even if only just working on that one switch.

Even if the ground was not connected on the original 'dumb' switch that you are replacing (It SHOULD have been, unless it was a metal box) you can connect the Green HS200 wire to any ground wire point in the box.(if there are grounds in a wire nut, tie it in there)

i.e. you can share Grounds between circuits but you should NOT share Neutrals. This can potentially create a dangerous situation.

So check to see if there is also a Neutral wire for the incoming Line power for that switch - if there is, it should be connected to the Neutral for the outgoing Romex to the Light.

"The instructions show to create a loop with the Hot wire"

I'm not sure what you mean there.

You simply connect the incoming Line Power to one of the black wires on the HS200 and the other black wire of the HS200 to the Load wire - these two wires (the Line and Load) would be the wires connected to your screw terminals on the dumb switch.

p.s. there's really no such thing as 'end of a line' as you have described - if there are multiple switches and light fixtures being controlled by a single breaker, it makes no difference whether it is the closest (physically) to the breaker  or furthest away, as they are all effectively connected in parallel.The LINE voltage is common to each switch from the output of the breaker, but the LOAD (light fixture) in each case is unique to the pertinent switch, Connecting your Smart Switch at any location controlled by that breaker will have zero effect on the other switches/lights on that circuit.

@Bethel.8009 So I took the light switches out.  Hot wire (black is connected to all the switches) white isn't connected anywhere... 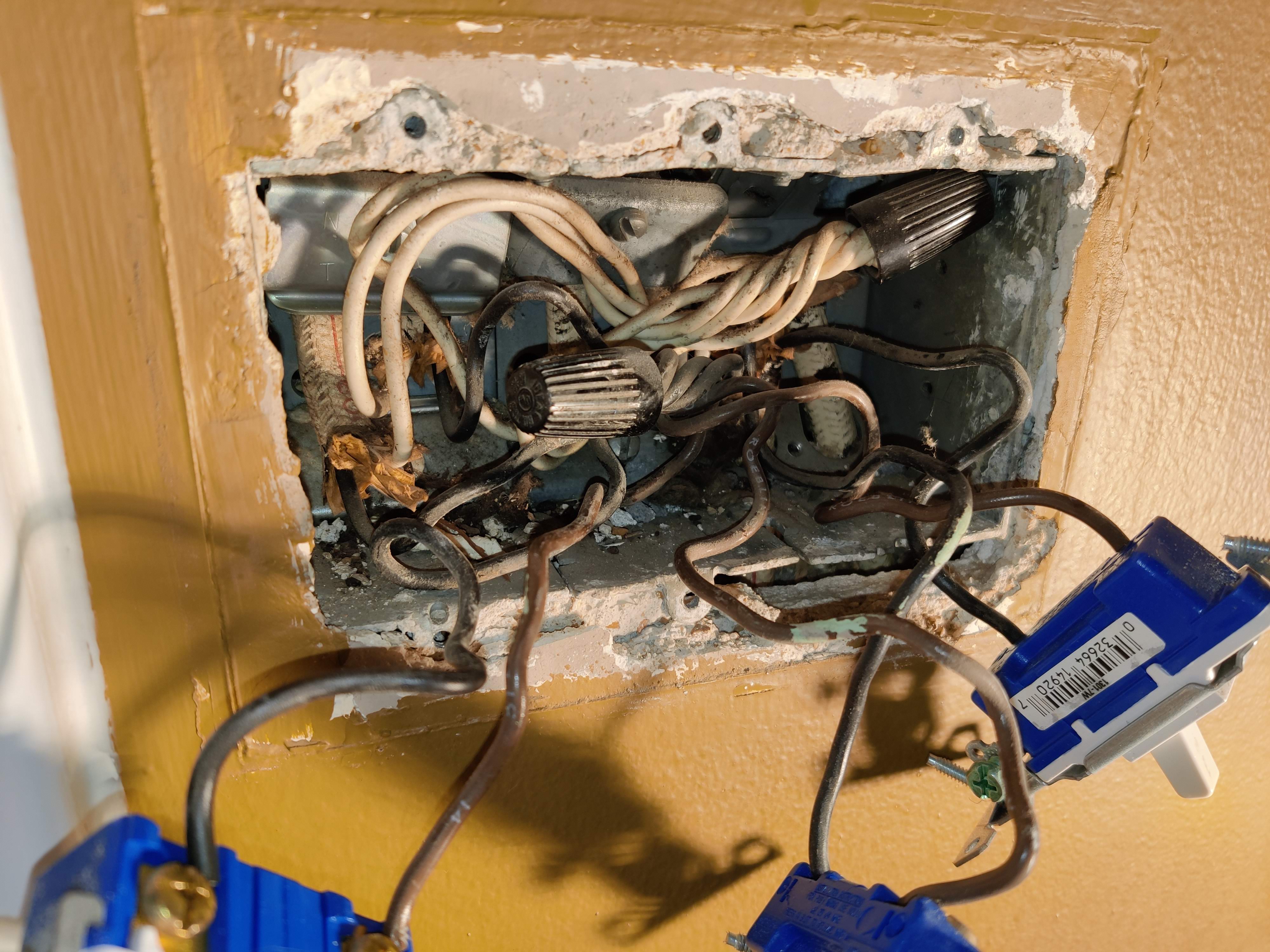 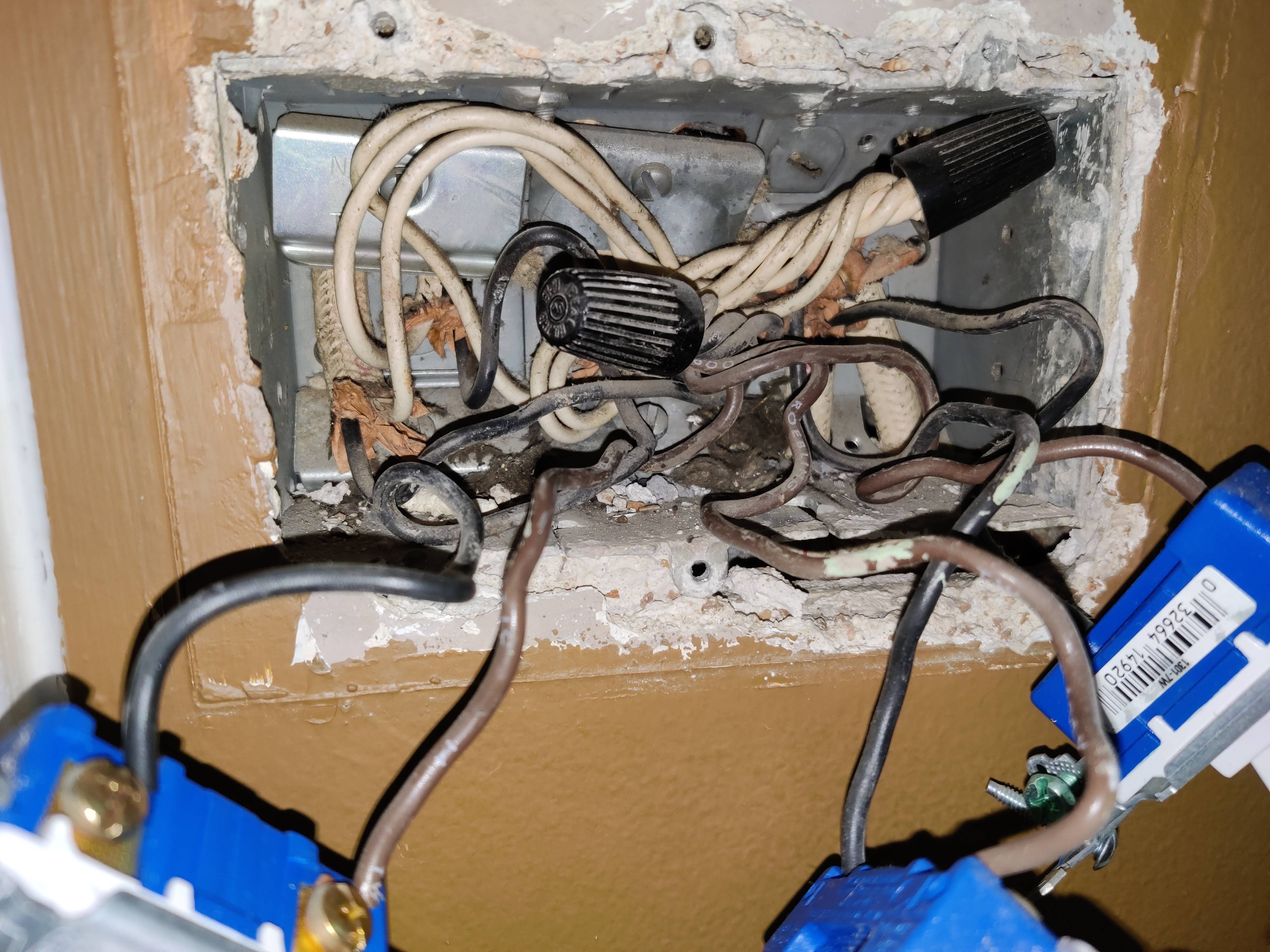 @andrewm659 Perfect - that makes your installation simple (the pictures really help illustate what you have!)

Connect your green ground wire to the ground screw on the box;

tie the white to the Neutral Wire Nut;

Then remove the two wires from the screw terminals on the Dumb Switch and attach each to one each of the black wires on the HS200 with wire nuts.

@Bethel.8009 Hey, just want to say thanks for the help.  Seriously! You and another friend of mine were able to help me get this installed.  Even with my WONDERFUL circuit breaker setup.  That is ANOTHER story and needs a stiff drink.

Also, I am new to doing electricity.  Didn't get to do this growing up.

@andrewm659
P.s. to finish it up, you are either going to need a hybrid combination decora/toggle switch plate,or perhaps better, convert your other two 'dumb' switches to decora style (or even get another couple of SMart Switches for those)

@Bethel.8009 already on top of this as well.  my better half has already made mention.

See if your better half agrees - even if not swapping the other two to Smart Switches, get yourself a couple of Decora Switches to replace the toggles so it completes the modern appearance all round. :)

@andrewm659 I have tried a lot to solve this but I am not able to install . black magic specialist in dubai