New to the community and new to smart switches.  I successfully installed a single pole Kasa smart dimmer but running into issues setting up this KS230 3-way kit.  Attached is a diagram.  Basically I have the Line(feed), Light and Traveler coming into one box and on the other side of the room I have another box with the other end of the Traveler.  Can someone help with setting this up?  I tried following the diagram that came with the box but it is different than my configuration.  TIA for any help 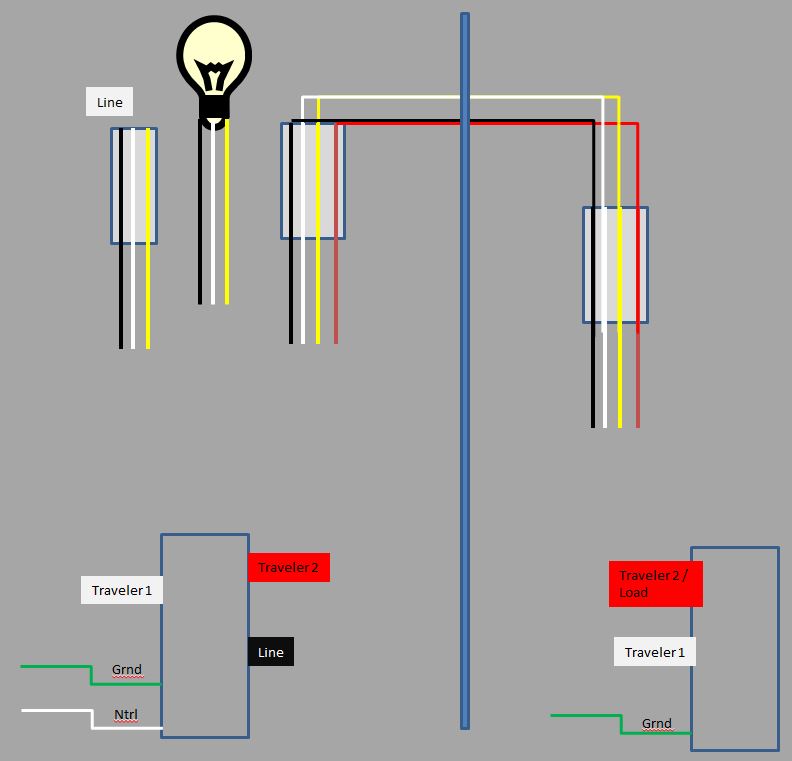 @BonusCup This should do it 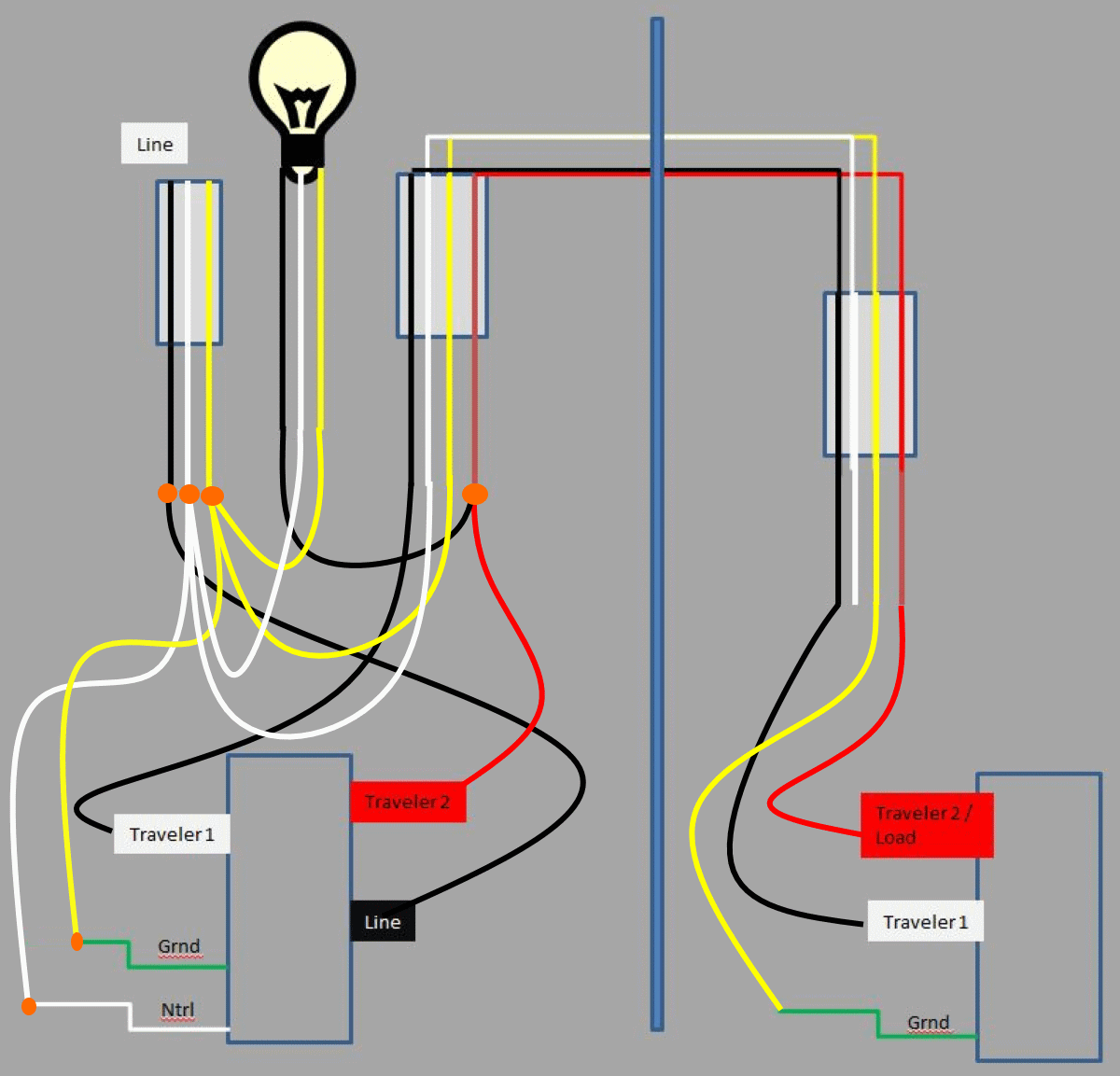 Check out this Video and let me know if it helps.  It is specifc to this devices installation

Thank you for this info.  I have watched this a few times but still stuck.  Difference I have from this video is that in the video the main power source and the main switch are in the same box and the light and satellite switch are in the other box.  In my configuration, the main power source, the light and the main switch will be in the same box and I have a traveler that runs to the other box for the satellite switch.

@BonusCup This should do it

Thank you so much.  Everything is working as expected.  Took a bit of effort for it to connect to Wi-Fi but have it all set up in the Kasa app.

Again, thanks for the help.  Now that I have everything working this got me thinking about a 4 way scenario.  Using your same solution, do you think this would work for a 4 way using the same KS230 kit? 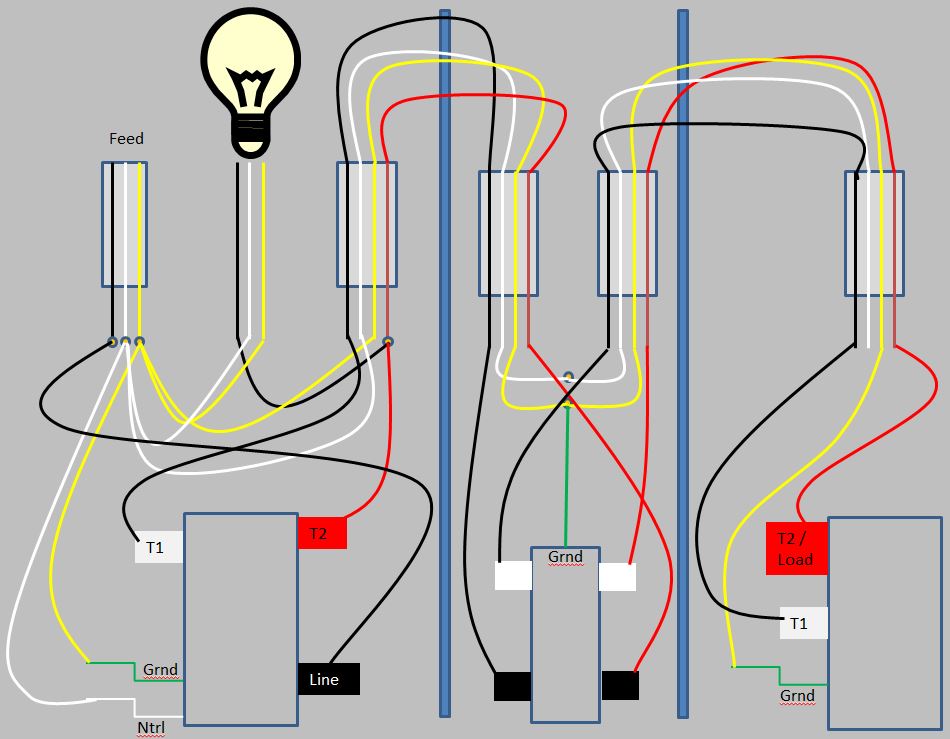 @BonusCup I don't know enough about the inner workings of the Satellite module I'm afraid - but what I can tell you is that the 'middle' 4-way switch will 'flip' the T1 and T2 inputs to the Satellite switch, when operated. That would actually be no different than in a 'standard' 4-way wired situation (with the line at first box and load at the end box) and per Kasa, that is a no-no for this application. Really, your scenario is only different because the load wire is connected at the box where the line wire is also, but because of the T2 and T2/Load wires being on a common conductor, it is still essentially the same interconnect wiring as the published wiring, just that the load connection happens to be in the same box as the line input.

So I don't believe it will work.