Tapo C200 is unable to connect to my home network.
Password is correct.

Router is 2m away.

Wi-Fi Network encryption mode is WPA-PSK (WPA-Personal)
What could be the problem? 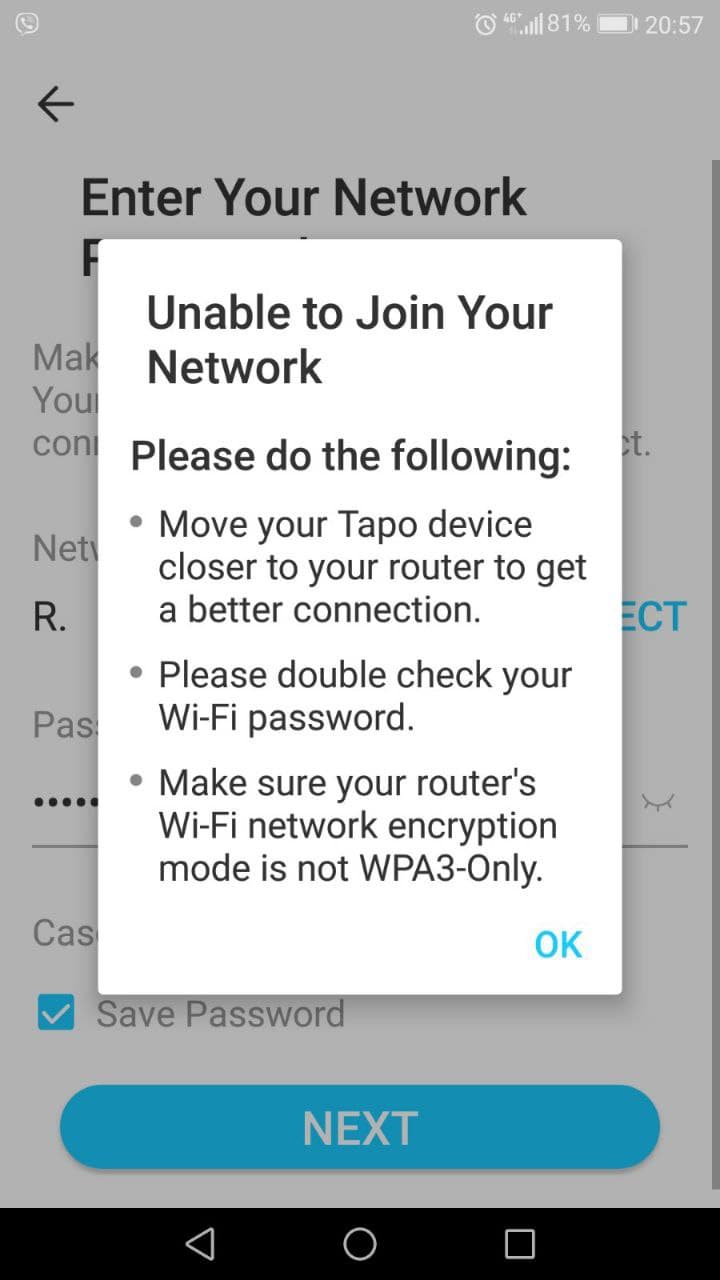 I am also facing the same issue. I have two cameras C100 and C200 which were working flawlessly and suddenly they have stopped detecting the wifi network on which they were working earlier. I tried resetting but still no help, they detect other wifi networks except the one in my house. I tried setting them using multiple phones but to no avail.

They use my neighbours wifi but not mine and both have same ISP, same routers. Does anyone have a fix.

I changed Wi-Fi Network encryption mode from WPA-PSK (WPA-Personal) to WPA2-PSK and it works fine but I wonder why WPA Personal is not working. The official website https://www.tapo.com/en/faq/66/ is saying:

Q3: What encryption types do the cameras support? 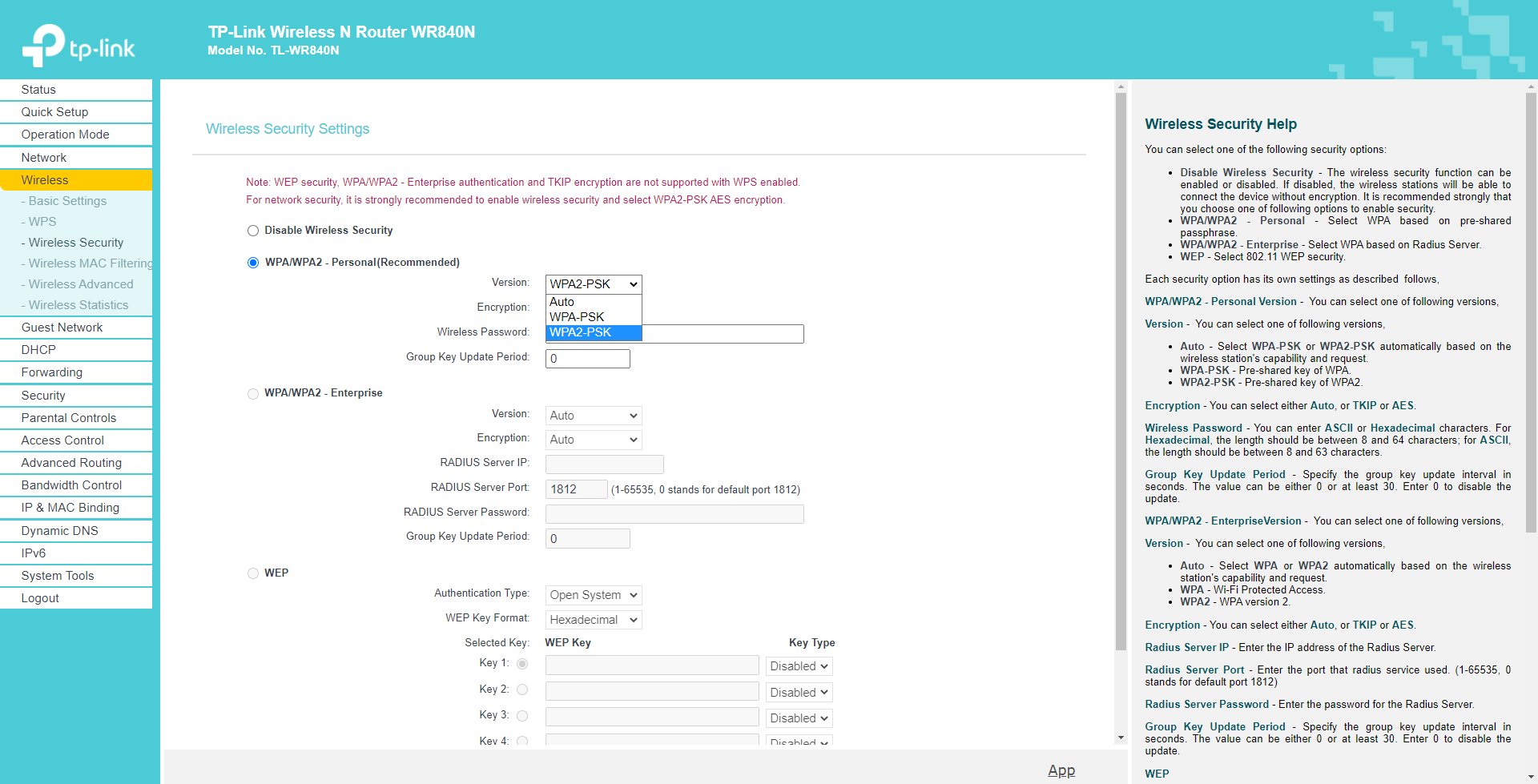 If possible, could you please change the wireless channel of 2.4ghz to be channel 11?

Will you answer me?

Why the TAPO website is saying that WPA is supported when it's not.

@Prisoneer I'm also having this issue, but got no idea how to check my WAP details?

You need to login to your router. Check on the backside of it to see if there is a info. Or write the model name in Google and search how to do it.

Hey Admin, why you are not answering to me?
Is the camera working with WPA or not?

@YogeshD How did you fix this problem, i have the a C100 and a C200 and both of them stop of working today