Since one of the latest update the video from the C310 contains a TAPO watermark in left bottom of the video.

Thank you for taking the time to give your feedback regarding the video watermark on tapo camera, this feature is now available in Tapo camera new firmware and new Tapo APP!   This feature has been added on all current tapo camera models.

Below are the Firmware (most firmware released in May-July 2021) that added a switch for watermark / logo:

How to turn off the "Tapo" watermark the Tapo Cameras?

Note: try to force close app and reopen it if this option does not show up

We appreciate your patience as we work to get this to all !

If you still have any  concern with it, please leave the model * hardware and firmware version below, and share the camera MAC by private message, thank you.

today finaly was the day that the update for the Tapo C310 v1 was released. Firmware 1.1.8!

i have installed it and updated the app from the appstore to version 2.4.12.

i can confirm that there is finaly an option to disable the watermark from the C310 v1!

thanks for this update tplink.

Thank you for your patience.

For the video, did you mean the motion detected video clip, or the video stored on the SD card?

When i open the camera and watch live or recordings I see a watermark (TAPO) in the left bottom corner.
In the left upper corner is my camera name and the timestamp.

The Camera Name and Timestamp are OK that i have set.

But i don't like the TAPO branding in my video.

Here the part i mean. 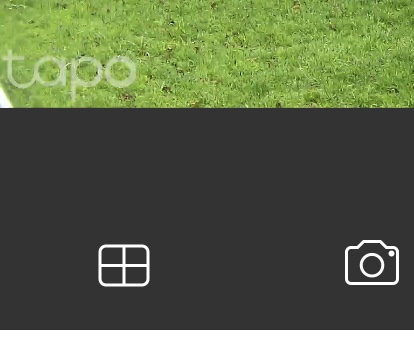 This watermark is ONLY on the C310 since the last 2 or 3 updates, before that updates it wasn't there!

On the C310 i see the watermark / branding on the app and on the onvif.


The other models i don't see watermark/branding.

I would love to disable it because it's annoying.

Just bought a C310 cam to watch my home, the cam is very nice, and the app very efficient, but yes, this water mark is a bit annoying... If you can make it optional, it'll be awesome!

Yes, I have 2 C310s and one had the annoying tapo watermark in the bottom left & after updating the other's firmware to the same higher level it too had the branding.  We need a feature to be able to disable this watermark please.

It has been a few weeks now. How can I remove the watermark? You don't buy a camera and have some unremovable text in your video and images!

How can I downgrade the firmware?

Any update on this?

Is it possible to downgrade the firmware?

i didn't see any firmware updates for any TAPO products since i posted this.

can you provide us with more information??

are there comming some updates?