Hi all, I just bought and hooked up a TP-Link TX401 10GB ethernet adapter from Amazon.  It's an internal PCIe card and apparently, from what I have researched so far today, uses a Marvel controller (Aquantia AQtion chip).  I have 5Gbps fiber from AT&T and repeated speed tests to the AT&T router show I'm getting a bit over that, usually between 5 & 5.5Gbps, so the connection is fine.

I am connected by a new Cat 6A cable (6') directly to the only multi-gig ethernet port on the AT&T router, which is a 5Gbps port.  Most of the time if I run a speed test to speedtest.net I get anywhere from 4.3Gbps to 4.7Gbps up and down, which is acceptable.  However, anytime I wake the pc from sleep it seems to cut both upload and download to the 2.2 - 2.4Gbps range.  I can either reboot or disable/enable the adapter and speeds go back to normal, so it's a fairly simple workaround.  And honestly, even at 2.2Gbps it's more than fast enough, but it just bugs me that this is happening.

I've messed around with settings on the adapter but nothing really changes the issue.  One thing I thought might help was changing Power Management to uncheck the "Allow the computer to turn off this device to save power".  But that made no difference either.

If anyone has experienced a similar problem or has any suggestions I'm glad to try them.  Like I said, it's not a critical issue as I have a decent workaround, but I just hate when things don't work like they should and especially when I don't understand why not.

Edit:  I was using the latest drivers from TP-Link support dated 08/03/2020.  I since found more recent drivers on Marvell's website and updated to v 3.1.6.0 dated 12/17/2021.  Behavior is still the same, although when not affected by whatever this is after waking up from sleep, this version does seem to be maybe a little faster.

thank you for your valuable feedback, can I have a photo of speed test comparison, is it reproducible when PC wake up from sleep mode? Please check how about the wired link speed at that time:

How to check the associated/link speed on a wired client

Please share a photo of computer motherboard and system information  with us.

How to check driver version of TP-Link adapters and system information of your computer?

May I know the model of router and network topology? e.g AT&T router model XX <Ethernet>PC with TX401

@Solla-topee Thanks for your reply.  The issue is 100% reproducible every time the PC wakes from sleep. Here are pictures of my normal results and the result about a minute later after waking from sleep mode: 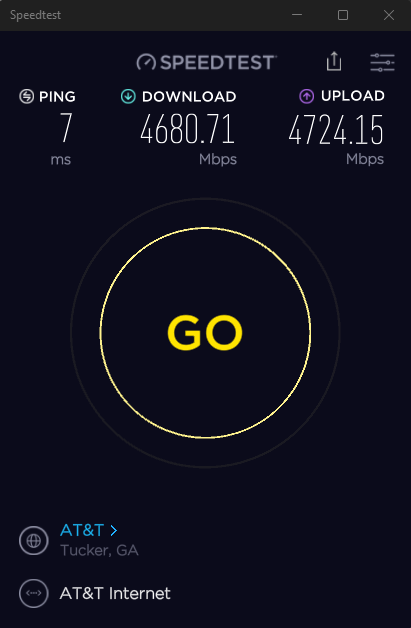 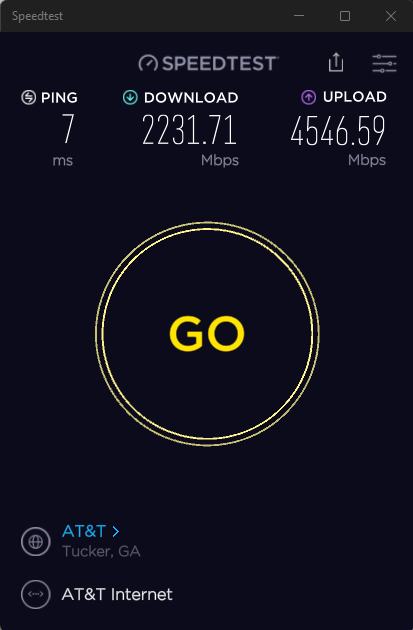 Adapter stays linked at 5Gbps (I keep it on auto-negotiate, but I have tried forcing it to 5Gbps manually.  The issue remains either way. 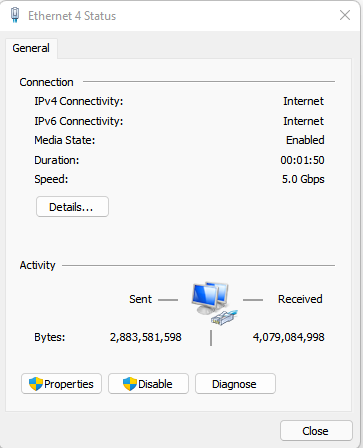 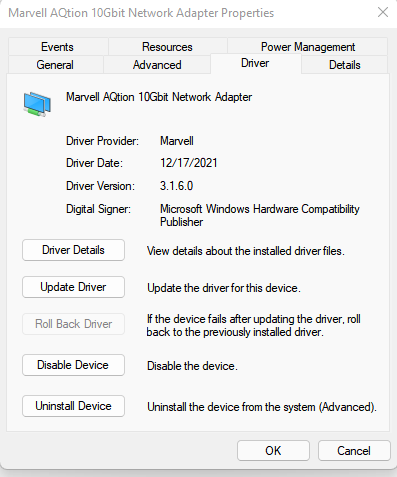 System info.  If this isn't the page you want I could export to a file and send it, maybe.  Let me know if this is ok: 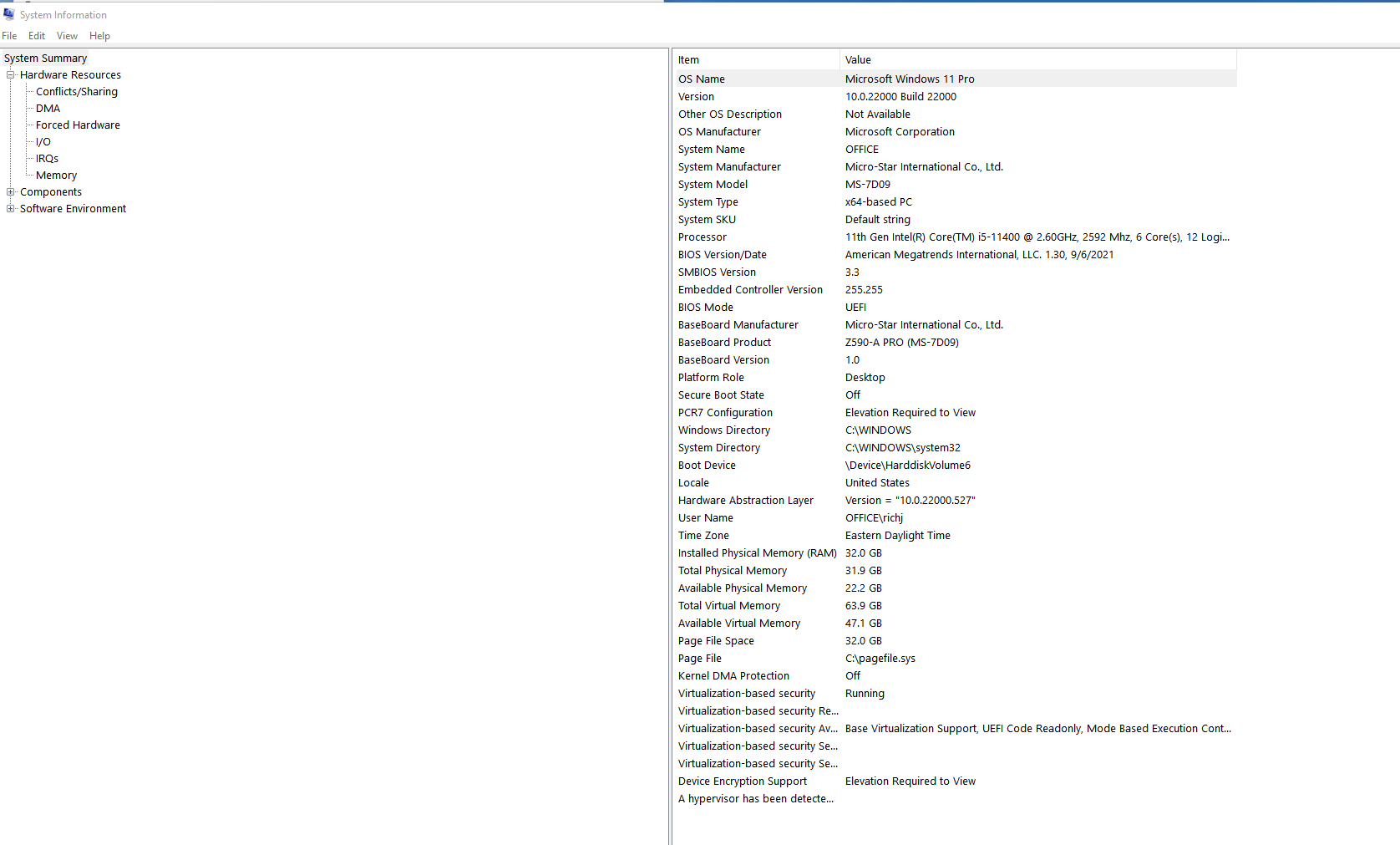 @Solla-topee Sorry, you asked for topology and I forgot to include that.  I have the AT&T BGW320-505 model.  There are 4 ethernet ports on this router, three are 1Gbps and the 4th is a 5Gbps port.  The PC in question here is directly connected to the 5Gbps port of the router with a brand new Cat 6A cable.  I first tried with the cable included with the TX401 adapter.  The first thing I did when I noticed this issue was change to a different brand, new Cat 6A cable.  The behavior persisted, so I tried a 3rd Cat 6A cable from yet another manufacturer, and it made no difference either.  I don't think the cable is the issue.

Thanks again for your interest and please let me know if you have any further questions or if I missed responding to anything else that you already asked.

@Richj44 thank you very much for providing more case details , I escalated your case through support email to investigate further TKID220328985, I noticed you have replied that email, our seniors will follow up case on that ticket and hope this can be resolved.