After upgrading my Internet plan from 100Mbps to 500Mbp download speed, I realize my TP-Link Powerline adapters cannot provide the advertised speed. The best I can get is between 100 and 200 Mpbs.

I know the 1000 Mbps speed is the maximum theorical but I was expecting 500 Mbps at least. What I find strange is that the speed I can get is much lower than the link speed shown in the TpPLC App.

So here's my setup:

- I have a TP-PA7010P gigabit Powerline adapter near my Router.

- In the office room I have another identical gigabit adapter.

- Then I have one additional AV500 adapter in the same network, in my garage.

From the picture we can see the two gigabit adapters are connected at 732 Mbps.

However, when testing the internet speed I can only get between 150 and 200 Mbps, sometimes even less.

I tried to bring the adapters closer, both in same power strip, but speed is the same.

But if I stack them (connect one to each other, since these are pass-through) then I can get 250 Mbps, which is still very far from the 732 Mbps I was expecting.

In the other hand, if I connect my PC directly to the Router using the same Ethernet cable, then I get more than 500 Mbps, which is the maximum speed from my internet provider. I also get the same 500 Mbps speed when using Wi-Fi 5Ghz.
For a matter of comparison, in the other AV500 adapter, which is around 30 meters away or more, I can get 50 to 60 Mbps speed.

Definitely I was expecting much more speed with these gigabit adapters, I suppose there's something wrong.

I checked in the TP-Link Support Download page and it has the latest firmware version available.

Here are the screenshots: 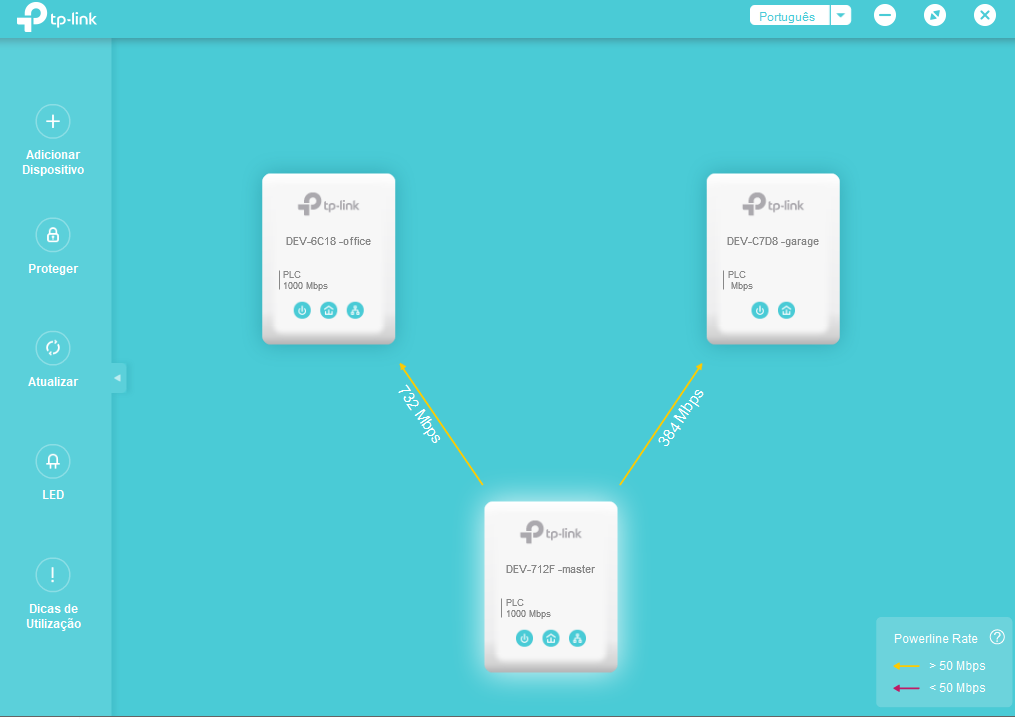 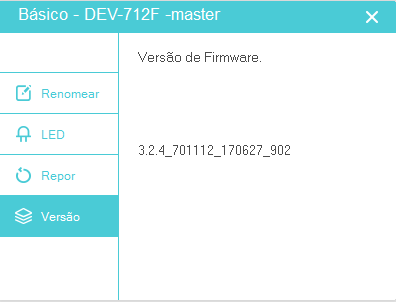 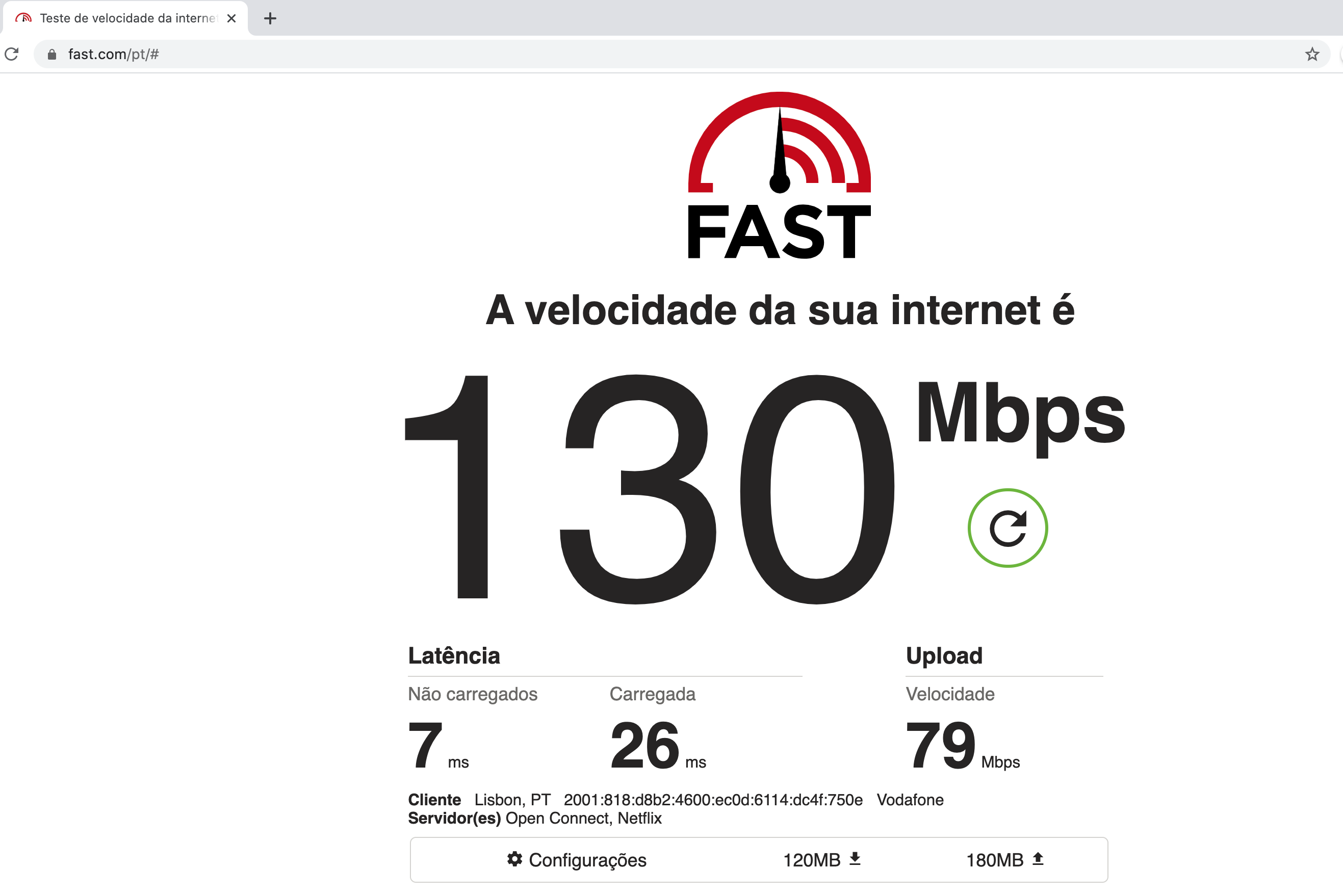 Internet speed when using Powerline TL-PA7010P stacked to each other using the pass-through plug socket as shown in the picture below (just as a comparison test): 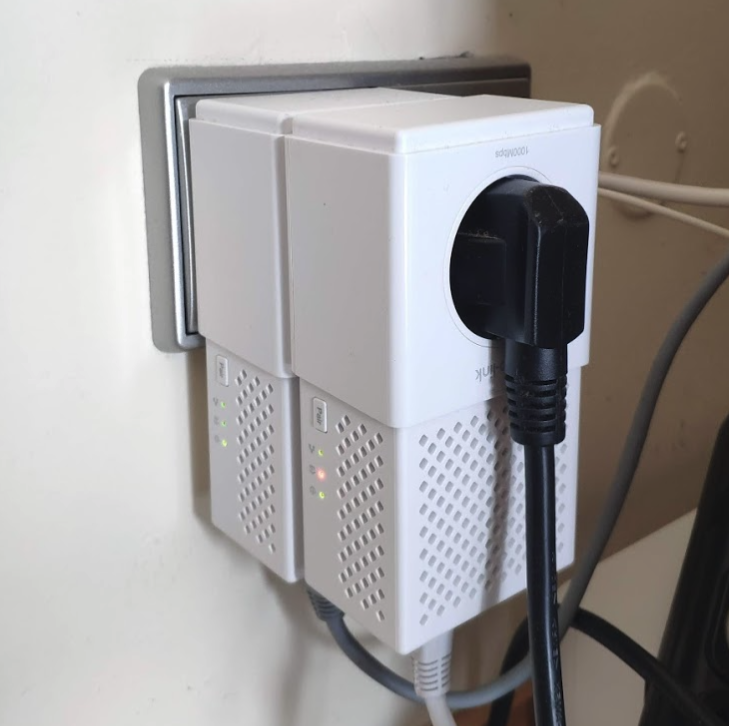 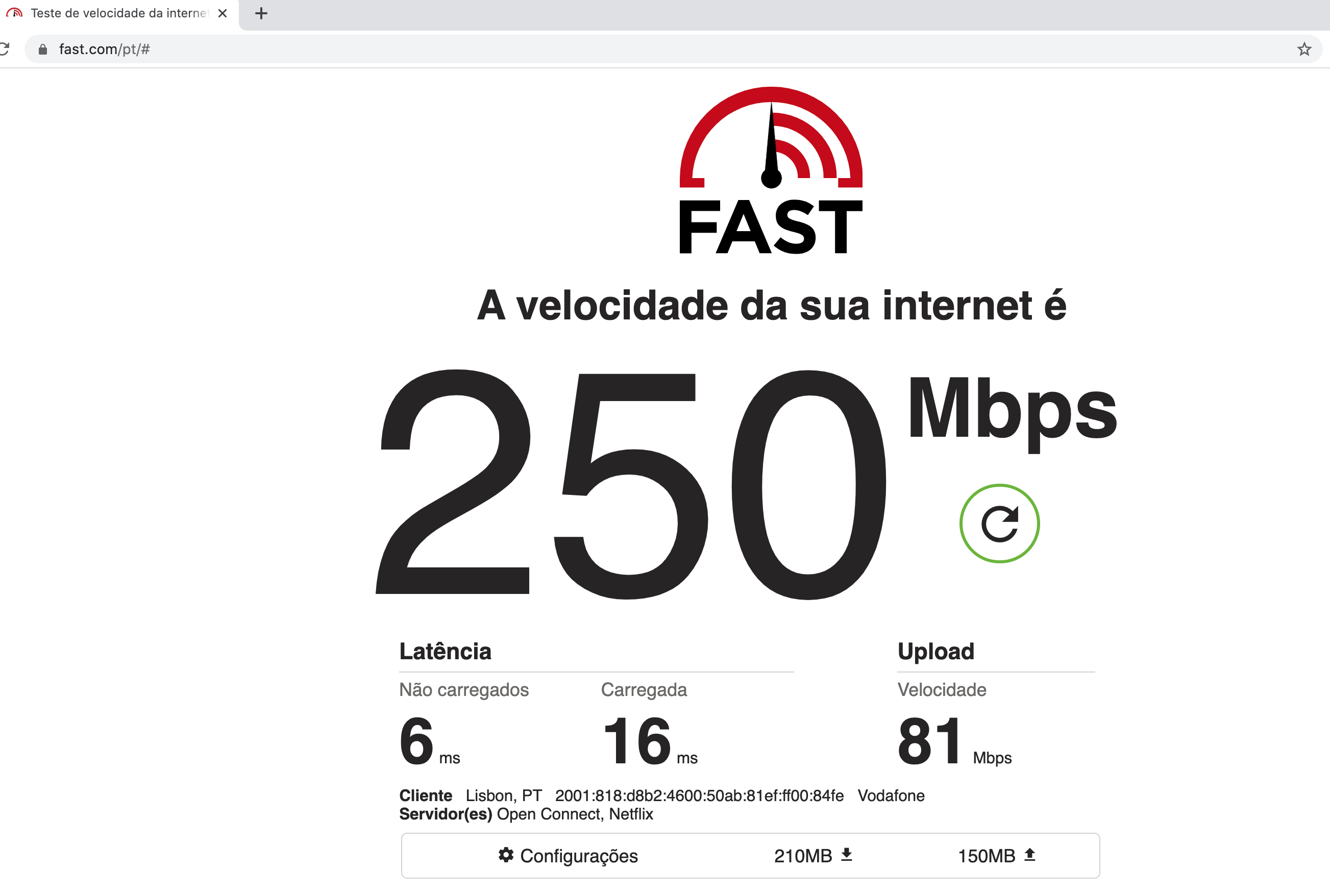 Internet speed when using an Ethernet cable connected directly to the Router OR when using Wi-Fi 5Ghz network: 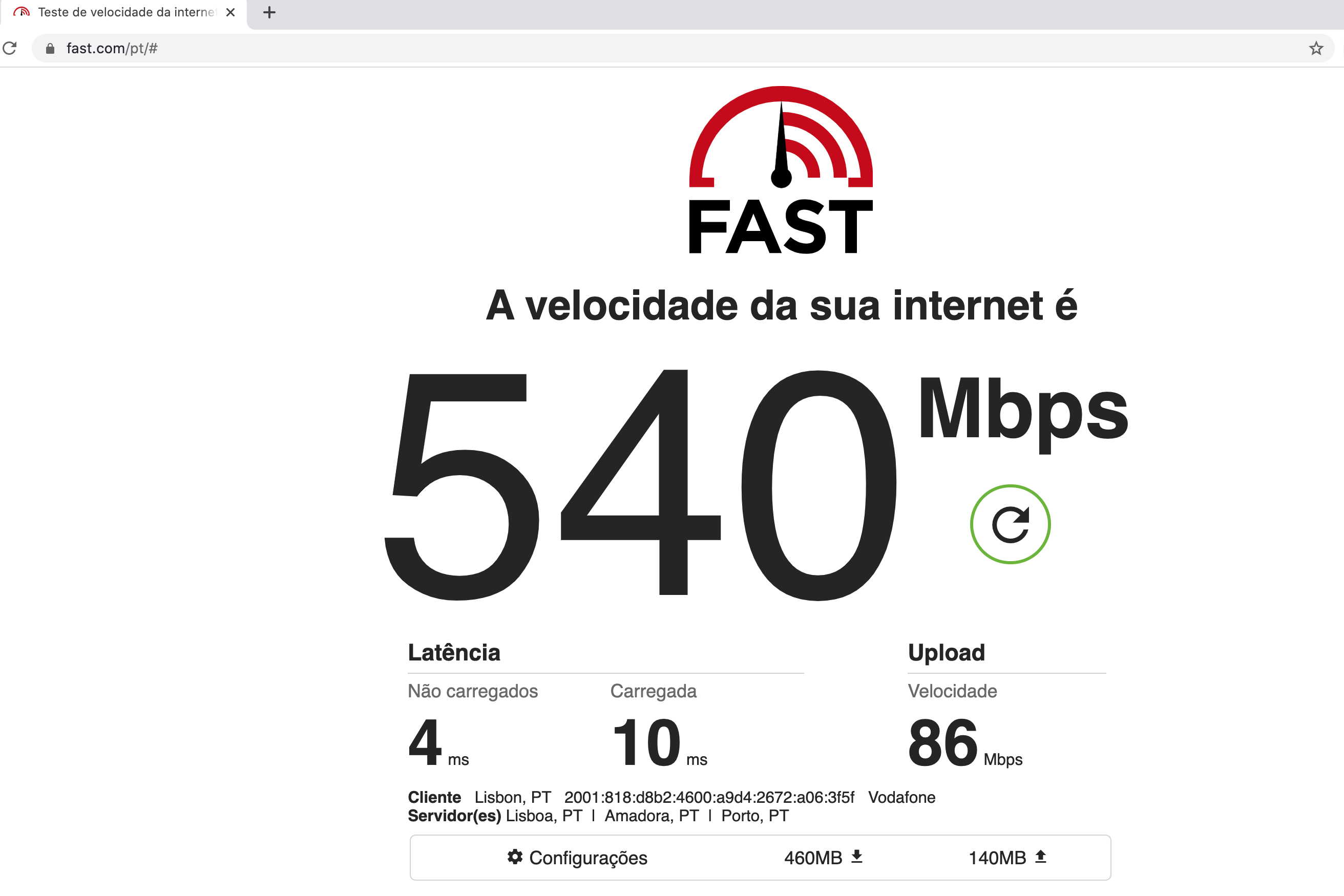 Can someone help me on finding the root cause why I cannot get the same speed with the Powerline gigabit adapters?

Thank you very much for your time and patience.

Based on the real test, the final internet download speed would be around 40% of the powerline rate;

As for the TL-PA7010Pkit, the maximum powerline rate is AV1000, so normally the internet speed would be around 400m/s;

And now the powerline rate is 732m/s, the internet speed would be around 292m/s;

So currently, the powerline interference on the electric wire might slow down the powerline rate, as well as the final internet speed;

Have you ever checked when the adapters are stacked together, how much is the powerline rate？

Thank you for your reply.

Here are the answers/comments to your questions:

When I measured this they were in different rooms but next to each other, something like 5 meters away.

If I place them in same power strip I get the same bandwidth more or less. When when they are more far away (like 20 meters away) I still get between 400~500mbps.

I made the test by placing the 2 adapters in the same power strip, without anything else connected besides the router, and also disconnected everything in the electric board, and got the same results.

I really don't understand this: so you're saying the actual speed of AV1000 in real usage is only 40% of the advertised speed? Then why is it called gigabit, if it's are already assuming we only get 40% of rated bandwidth?

I now the actual speed depends on the electric wiring and noise, but I would expect to get the advertised speed (or close to it) when connecting them in the same power strip and without any other electric equipment.
BTW, my building is from 2009, is a recent construction.

Is this really the max we can expect from AV1000?

Help is required from TP-Link.

please have a check of your private message and you could send the required information to my email and i would forward your case to the senior engineers.

Hi, if anyone had the same issue, help me check the following details:

--if yes, what is the powerline rate between the adapters?

If plugging the two adapters in the same room, would the powerline rate get much higher? And how about the download speed?

By the way, how much is your total internet bandwidth?

After that, please send an email with the above information to support@tp-link.com with subject [forum ID 233884] Slow speed with gigabit powerline TL-PA7010P

Thank you very much and wait for your reply