My download speeds to my Verizon FiOS home router (from the Internet) immediately decrease by 10x immediately after I connect or reconnect my Deco M9 plus.  I am measuring my speedtest using Verizon's FiOS app on my mobile and the speeds are measured from Verizon's New York internet (hub) to my home Router.  Normally it is about 200 Mbps, but drop to 17-34 Mbps after I reinstall the M9 plus.

My mesh consists of four M9 plus unit configured as follows:

What could be the issue?

I've disconnected and powered down all M9 plus unit and let the Verizo Quantum Gateway resume service.  Download speeds increased from about 20 Mbps to 200 Mbps as tested by the FiOS app that tests from the Internet to only my home router.

Hi, welcome to the community.

Did Deco M9 plus work on access point mode? When Deco is only about 17-34m/s, how about the speed test over Deco APP?

In case there is any confusion, were you trying to say, installing Deco M9 plus would slow down the speed of both Deco and Verizon home router? or actually only the mesh network dropped to 20m/s, the speed from Verizon Fios is still ok?

By the way, what is the model number of your Verizon Fios home router?

I was only discussing the speed between the Internet to my home Router - labeled now as Point A.  As soon as I plug in even the main M9 plus into my Home Router (Verizon quantum gateway model G1100) - I notice that the next Point A speedtest between the Internet and my home router drops by ~ 10x.   Speeds at B (measured by my Cell phone or wired PC) are also 10x lower.

My G1100 also has all of the wireless AP disabled (off or not transmitting). 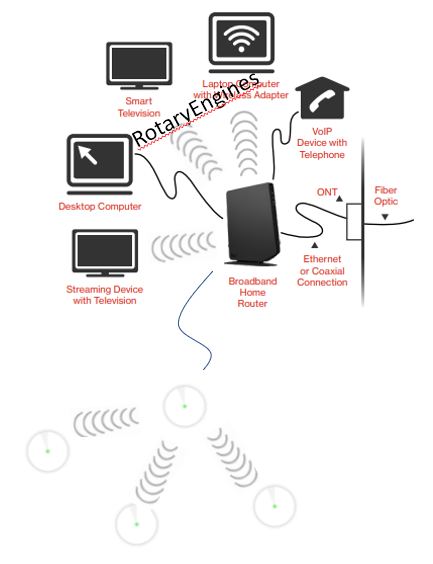 Thank you very much for the detailed information.

I have forwarded your case to the senior engineers and please check the email for further assistance.

Please do reply to the email so that I could make sure the email has been received.